It's been a very productive month, about which we couldn't be more pleased and excited. If you need a refresher of where we last left our heroes, you can skim through the pictures in the September 5 update.

People kept asking us how many square feet we were adding on, and we finally got tired of answering, "We don't know," so we contacted the architects who informed us that we're going from 1000 square feet to 1,500 square feet. Hooray!

The executive summary of this month's progress is: 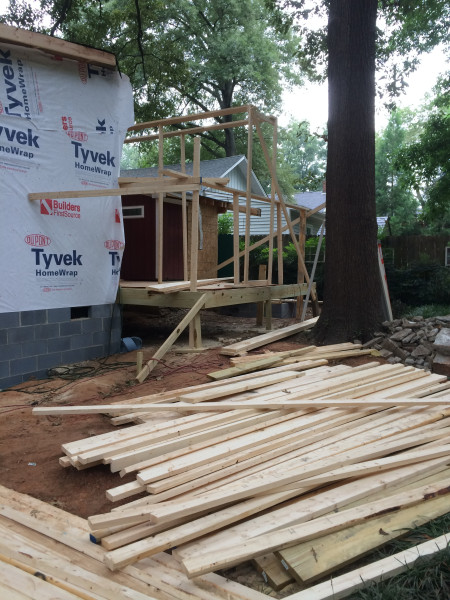 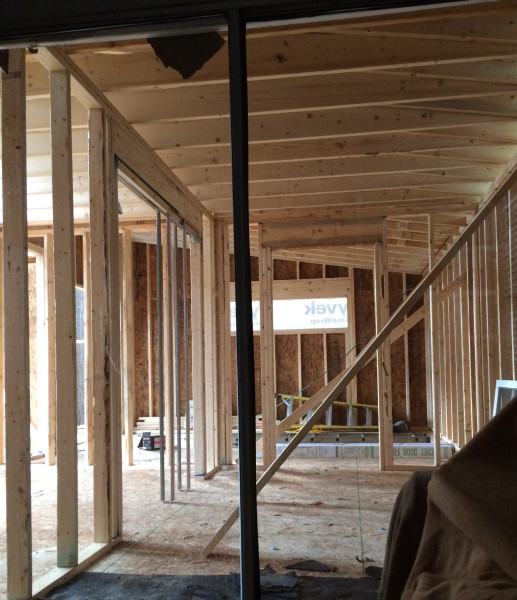 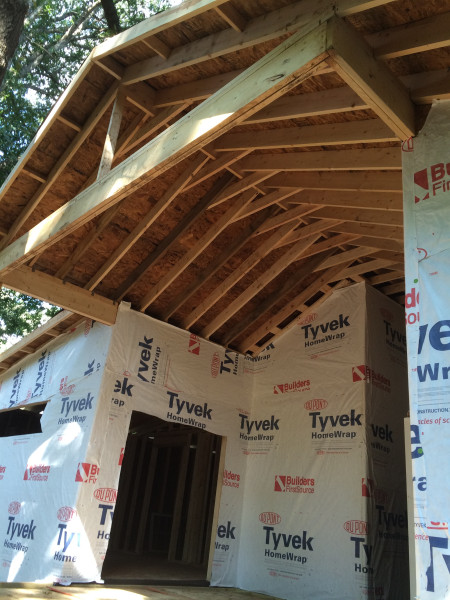 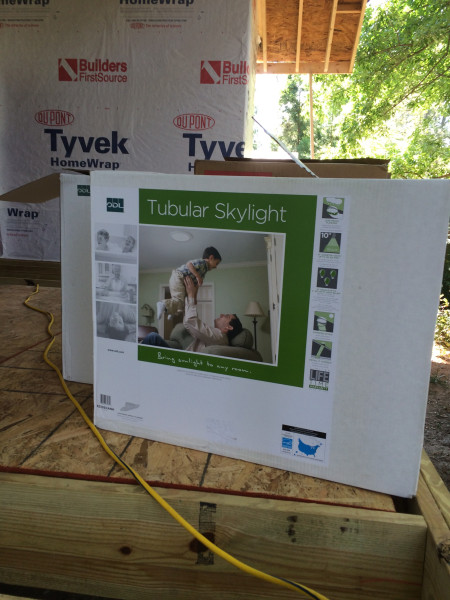 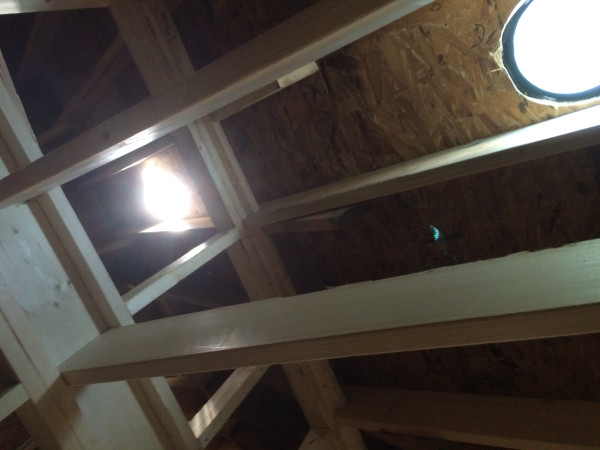 September 16, 2016 — New roof over back storage shed, porch, and master bedroom
(as seen from our neighbor's yard) 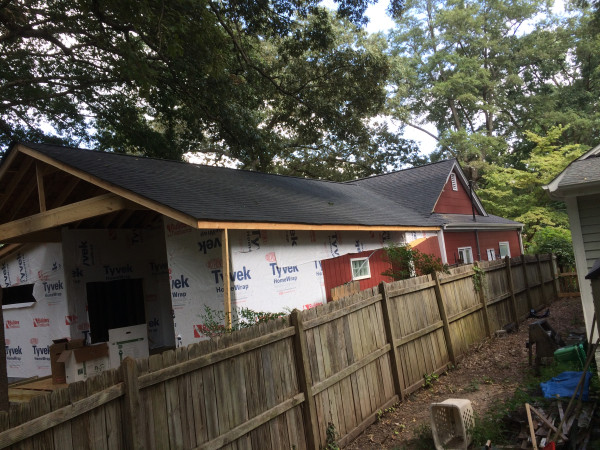 September 17, 2016 — Fridge and microwave moved into the living room
in advance of the kitchen demolition 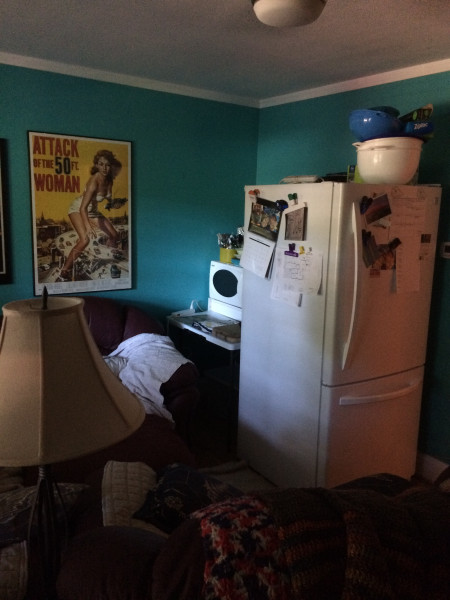 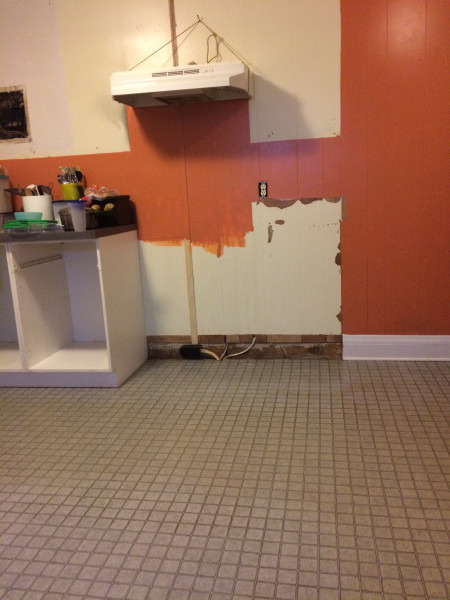 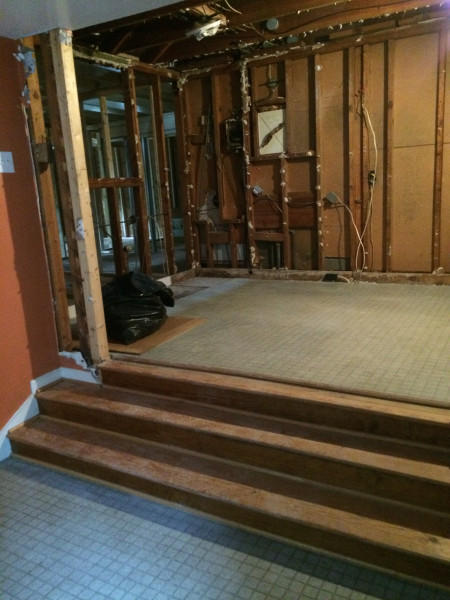 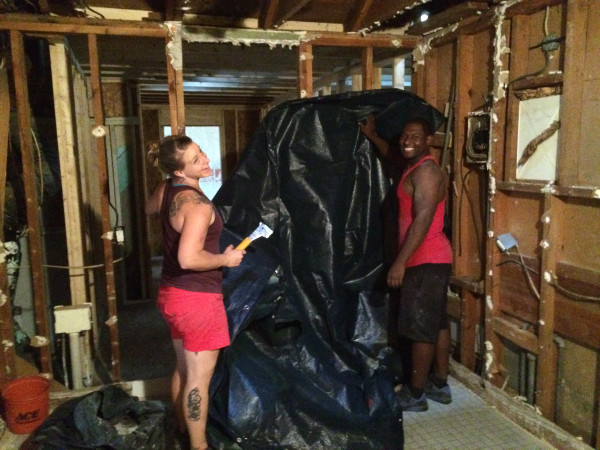 September 26, 2016 — View from existing TV room into new master suite
(hallway in middle, closet to the right, master bathroom to the left, bedroom in the back) September 26, 2016 — New storage area in the hallway
that leads to existing bathroom 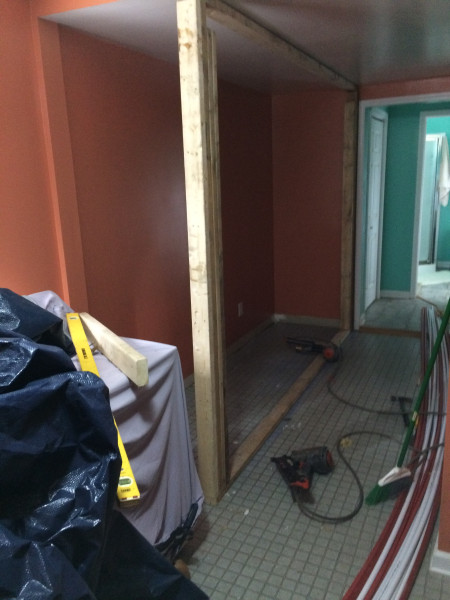 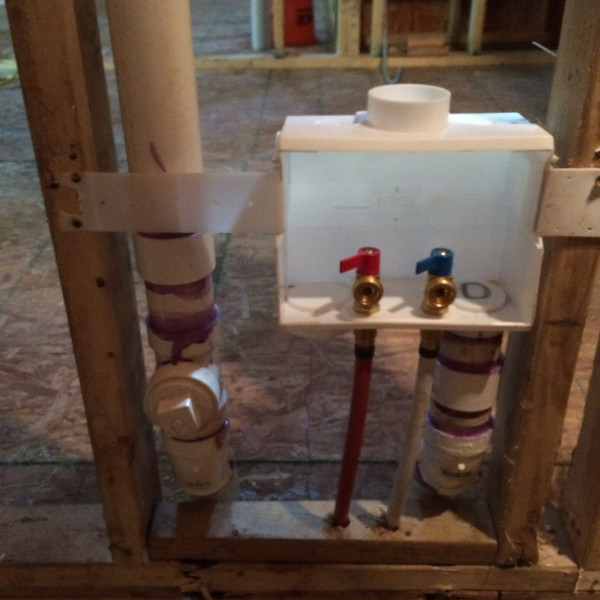 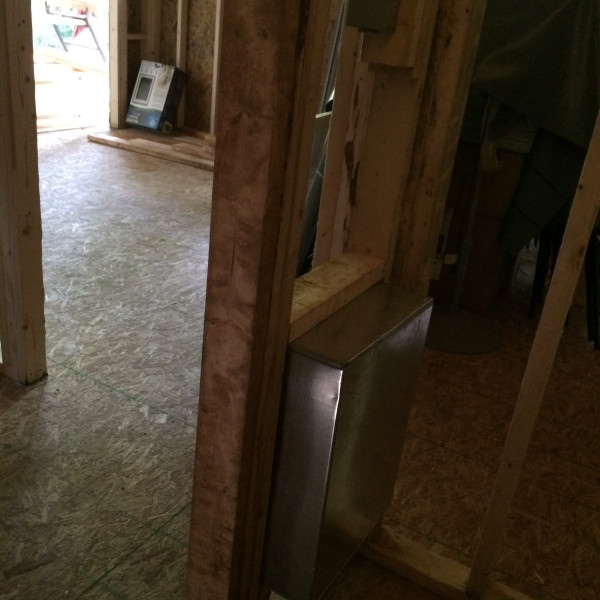