~Thursday~  Welcome to the latest update and thanks for your interest in following along with our remodeling and addition adventure.

Several people have commented about how frustrating such a project can be, warned us to have patience as we proceed, and said that it'll undoubtedly be fraught with setbacks and delays.

Fortunately for us (and for the builder, because I do have high expectations and almost nonexistence patience), Bob has already been through a number of remodeling and addition projects on this house over the years. And we're working with the same builder that did the 2012 project, so that takes away a lot of the unknown right there.

Back to our current project...

Diana and Sean were back today. In Bob's affable and personable way, he has gotten to know each of them in the short amount of time they've been coming to the house.

Our builder, Brett, who uses Diana and Sean as contractors, is also a firefighter. Things that make you go, "Hmmmm."


Here are a couple of pictures of today's progress, with the first one being a reminder of the starting point.

The back of the house before any work began at all The lower-level deck is gone 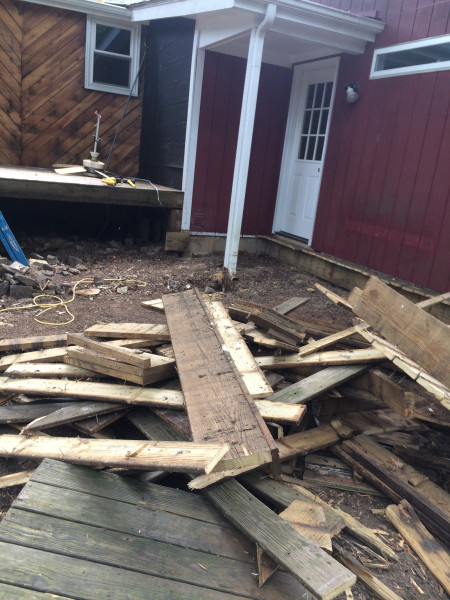 The gutters have been removed Our first dumpster load is ready to be emptied 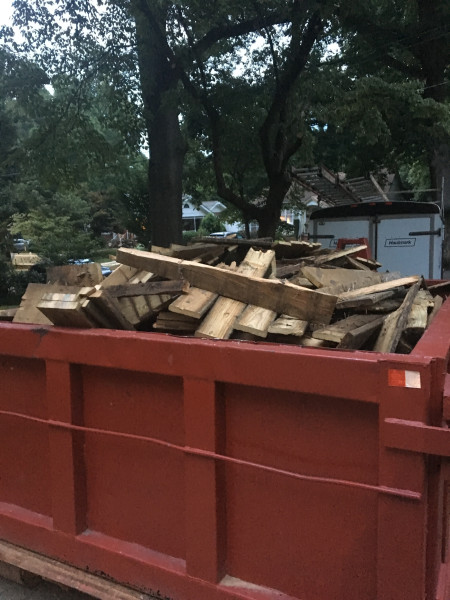