~Sunday~ Bob and I are both huge fans of Maggie Smith and have been waiting for The Lady in the Van to become available to us on Netflix.

We recently finished the final season of Downton Abbey, during whose run we enjoyed many, many witty, snarky, and meme-worthy quips of The Dowager Countess, for which we gratefully thank Dame Smith. 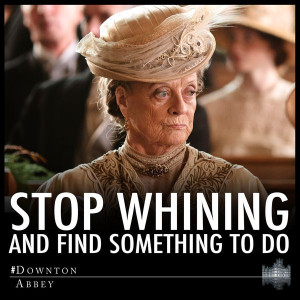 Enough about Downton, back to The Lady in the Van...

The (mostly) true story of the relationship between Alan Bennett and the singular Miss Shepherd, a woman of uncertain origins who "temporarily" parked her van in Bennett's London driveway and proceeded to live there for 15 years.

My thoughts and observations


Have you seen this movie? If so, what did you think of it? Wondering what other movies I've seen since 2003?
Collapse