~Tuesday~ Tonight I attended one of the 10 preliminary rounds of the North Carolina's Funniest amateur stand-up comedy contest at Goodnight's Comedy Club in Raleigh.

This was an out-of-my-comfort-zone outing, but I wanted to support my colleague and friend, Matt Morain, whom I happen to think is a very, very intelligent-funny person. 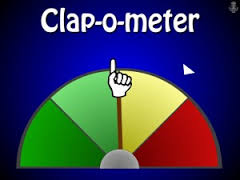 Tonight's cast of characters (Hover over pics to see names.)

Logistical things that worked for me

Logistical things that didn't work for me

Observations about the performances

I look forward to seeing how Matt does in the semi-finals round, which begins on Tuesday, June 21, 2016. Learn more about it.
Collapse