~Friday~  I met my friend Todd, who's also having a Dry January, at Flex for "Go-Go Dancers" night.

I went all-out crazy and ordered a full-calorie ginger ale, and Todd had a Diet Coke. I drank free water from the infamous red Igloo water cooler for the rest of the time we were there.

At around midnight, I guess, we headed over to The Borough, where there was one seat left (well a bench along the wall, technically), and we nabbed it. We went back and forth about getting an order of cheese fries, decided on just regular fries, and then changed it back to cheese fries as we were finishing the order.

I ordered a Shirley Temple and pretended it was a cocktail, just like I was a teenager again. There were two cherries at the bottom of it, which were hard to see. I was so excited about it, I even took a picture of it: 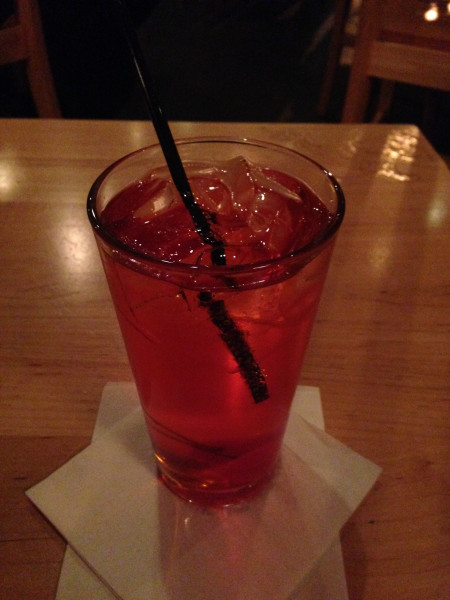