~Thursday~  As they always do, this play—Love and Information—playing at Manbites Dog Theater in Durham through Sunday, January 10, will make you think. And then think about it the next day, and maybe the next.

In a recent article in Indy Week, Nine great local theater performances of 2015, Love and Information was described as:

A gifted quintet played a compelling game of human pinball as Caryl Churchill's characters got the news (or didn't) in 65 relationships, ranging from snarky lovers to torturer and victim.

On the Manbites Dog Theater website, there's this synopsis:

Someone sneezes. Someone can’t get a signal. Someone won’t answer the door. Someone put an elephant on the stairs. Someone’s not ready to talk. Someone is her brother’s mother. Someone hates irrational numbers. Someone told the police. Someone got a message from the traffic light. Someone’s never felt like this before. In Caryl Churchill’s fast moving kaleidoscope, more than a hundred characters try to make sense of what they know.

This play is a very interesting look at the part information plays in the physical, emotional, and—I would argue—even the physical construct of love.

Some of my favorite of the 65 relationship "snippets" were (no spoilers):


Some themes explored in this play:


I thoroughly enjoyed this L.A. Times review of the play: A big 'like' for Caryl Churchill's 'Love and Information'


Full disclosure: Not that it biased my liking of this play in any way, but I am a member of the board of directors of Manbites Dog Theater.

~Thursday~  I haven't had a drink yet, but that doesn't mean I haven't been out, or that I haven't thought about it—sometimes at the strangest of times.

Let me first articulate the opportunities I've had to drink, and by that I mean "social situations outside the home," because there are always opportunities to drink at home with my stash in the cupboard: 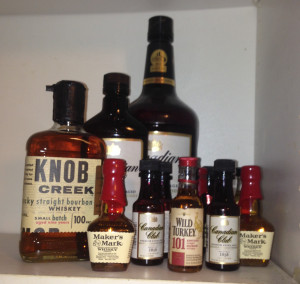 So, these are the social opportunities I've had to drink since my last posting, which was Dry January (Day 3):

And here are some of the times I thought about drinks or drinking: