~Saturday~  I drove to Greenville to play bingo with my mother—she won the last game with another person, and they split $150—and I got back to Raleigh at a little after 11:00 p.m.

I went to Flex, where it was: 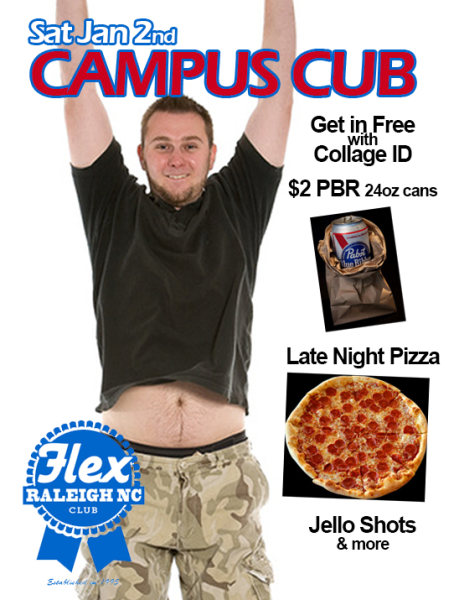 As they almost always do, this ad had a typo in it, which I've come to believe is done on purpose to get extra press. Just in case though, I did make a collage of some of my IDs to see if I could get in free: 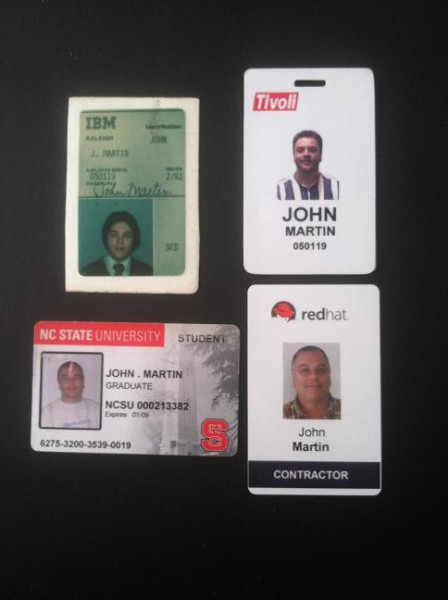 In what will come as a surprise to no one who goes to Flex, I saw exactly zero "campus cubs," as this is a leather/levi/daddy bar and pretty much all of the young people in this city go to Legends.


I had texted Joe and Todd when I was about 20 miles out of Raleigh, and they had already started their evening over at The Borough, and they said they'd meet me at Flex.

I didn't see them when I first arrived. I went right to the water cooler and got a red Solo cup full of free water.

I was at once overwhelmed by the delicious aroma of pepperoni, as there were about 8 boxes of pizza on the bar next to the water. It took every ounce in me all night long not to eat a piece of that.


My thoughts and observations about the evening: