~Sunday~  I gloriously slept in this morning.

When I got up, there was coffee waiting for me, and Barbara had made bacon and eggs for us. We sat out on the porch, where Bob and I woofed down breakfast. It was all so good.

Bob—using Charley's new-fangled car—had run to a local donut shop called Sweetwater Donuts, and we also enjoyed those for breakfast, and throughout the day. 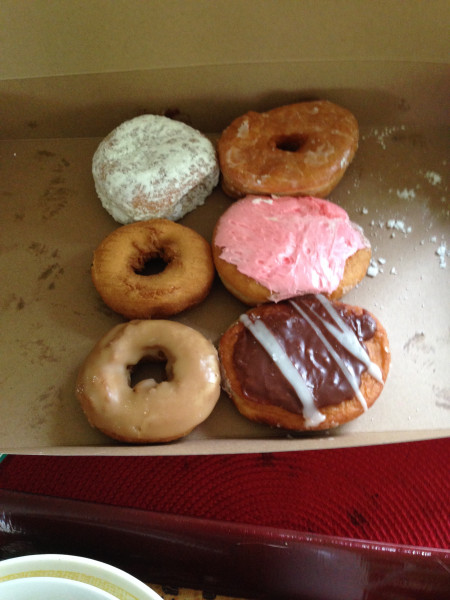 We spent almost all of the morning on the porch, chatting on-and-off with Barbara and Charley, as Charley intermittently stepped outside to do yard work, and to go fishing at their nearby lake for a while at one point.


On our way over to Joe and Robin's, Bob and I made another grocery store stop, this time picking up some Kellogg's cereals to bring back as gifts and a few more things for our trip, such as bananas, bread, and more dog treats, which we'd somehow run out of in spite of bringing Costco-sized quantities with us. :-)

While Bob ran into the grocery store to do that, I waited in the car with Frances and Vincent, and I called my mom for Mother’s Day.


We arrived at Robin and Joe's at about 3:00, where over the course of the afternoon and into the early evening, we had such a delightful time sitting out back having good conversation, adult drinks, and then dinner.

At one point, Joe poured some champagne for the four of us and made a toast, saying to me, "Welcome to the family," and to both Bob and me, "I hope you’ll be together for a long time." My heart was full.

Robin cooked two different kinds of pizza on the grill, and they were outstanding.

I snapped a pic as we departed. 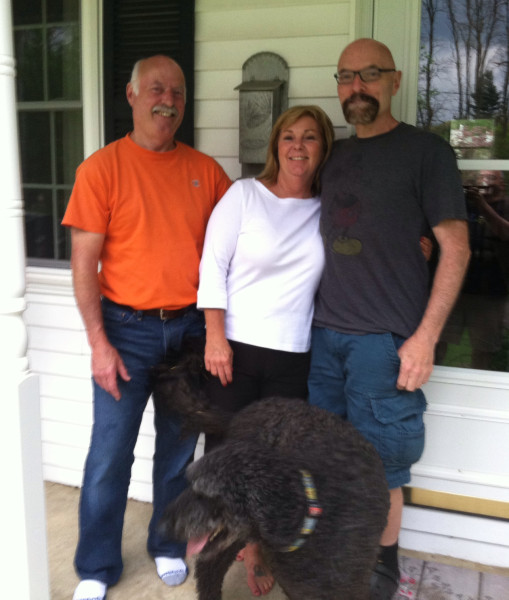 It wasn't long after we were back at Barbara and Charley's that I said goodnight to our most gracious hosts.

Bob chatted a little while longer with them before saying goodnight. He said our thank-yous and goodbyes, and gave them a heads up that we might leave very early in the morning. 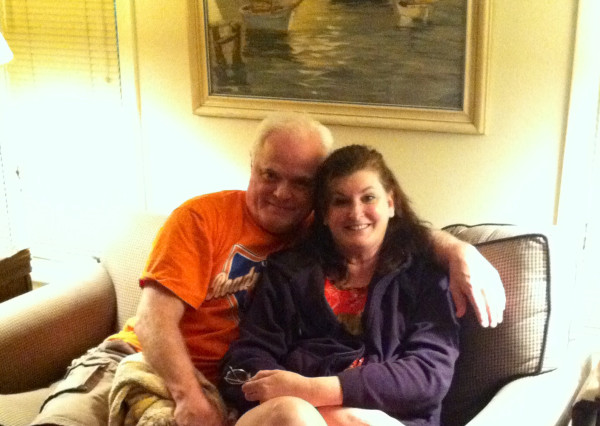 I fell asleep at about 9:30.
Collapse