~Saturday~  We started off our day by meeting more of Bob's relatives for breakfast. We met Bob's niece Stephanie, her son Drew (youngest of 4!), and her mom, Mary, at the Country Kitchen in Marshall, MI. We enjoyed catching up, and hearing about their busy lives. 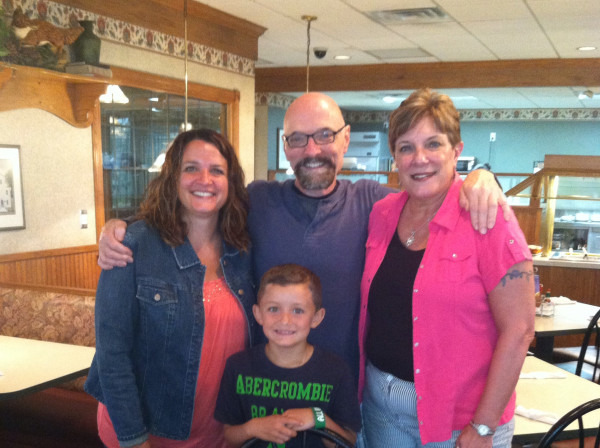 Back in Battle Creek, we stopped at Family Fare for seltzer water (for a mixer with my bourbon) and bottled water (in preparation for our trip home). We were going to stop by the liquor store to pick up some Canadian Club for me, but lo and behold, I found liquor right there in the grocery store. We're not in Raleigh anymore, Toto.

Kathy came over to Barbara and Charley's in the afternoon, and all of us sat out on the screened-in porch and me, Bob, Barbara, and Charley listened to Kathy tell stories that cracked me up. 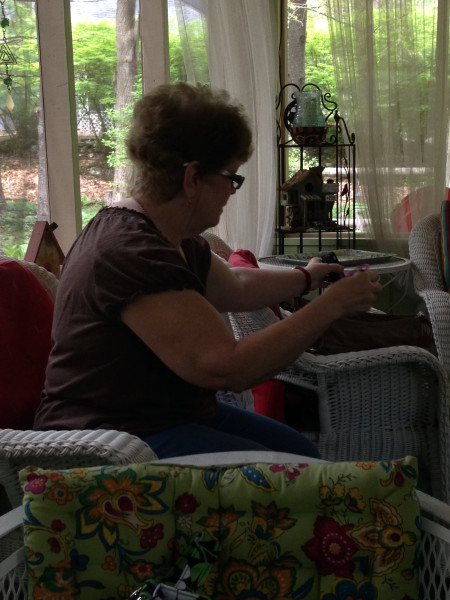 I was sending texts to Bob as she was telling her stories, such as, "OMG, she's killing me!" and "She is an absolute delight!"

My favorite line of hers during her stories was when she hesitated to tell one, but then said, "Well, you’re part of the family now. You can hear this."

We also spent some time looking at old McVeigh family newsletters, of which Kathy was the editor, and I asked questions, all of which were graciously answered.

I snapped this picture of the siblings before Kathy left. 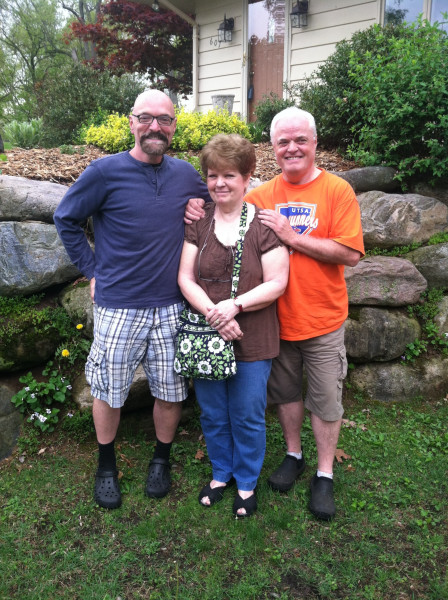 Charley cooked delicious burgers on the grill, and Barbara set out cut peppers and tomatoes with some pasta as a side dish, and we enjoyed a late lunch / early dinner.

We had a nice night in with Barbara and Charley.
Collapse