~Friday~  We had breakfast at the Hamilton Inn Select Beachfront hotel, since it was complimentary.

Then we packed up to check out and start our day, which consisted of going over the Mackinaw Bridge to St. Ignace on the upper peninsula, and later crossing back to the lower peninsula to head to Ocqueoc Falls State Park before heading back to Battle Creek for the evening. 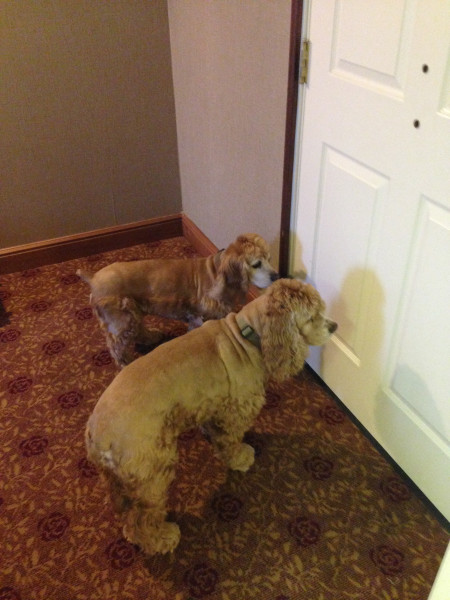 This hotel is designated as a "beachfront" hotel, and I took a picture out the back door of the entry way, and another after stepping out onto said beach, that proves it.

The beach just behind the hotel A nearby pier from the hotel beach 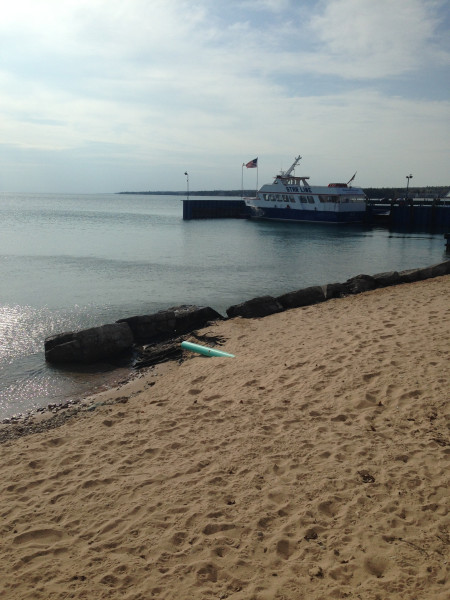 Seeing the Mackinaw Bridge from the road, we pulled over to snap a picture of our destination. Bob snapped a couple of shots as we crossed over the bridge. 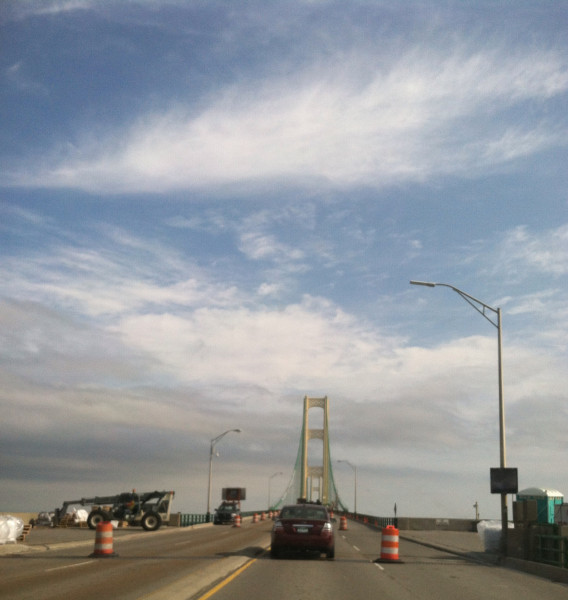 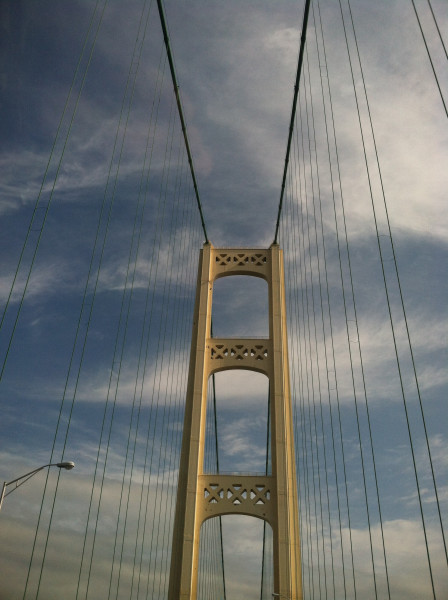 We parked in the lovely little town of St. Ignace, where we walked along the main street looking for fudge, postcards, and perhaps a coffee shop at which to write out the post cards. 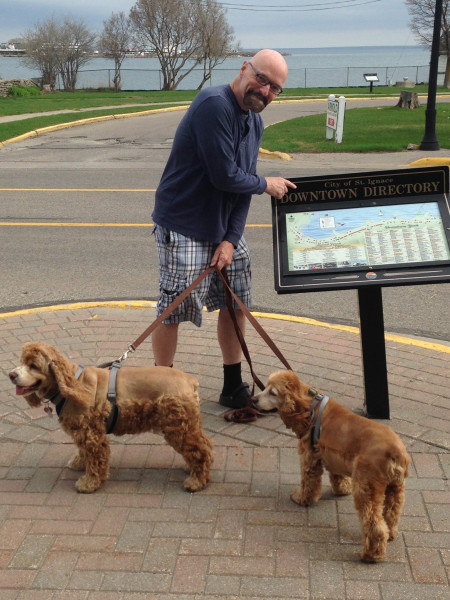 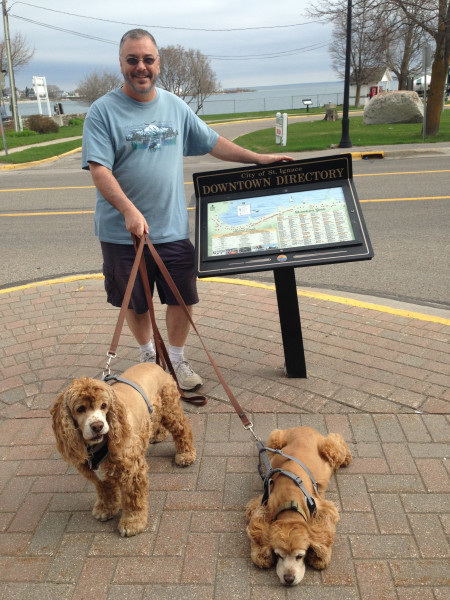 Bob had a nice chat with the lady filling his order, who was part of this family business. Outside Frances and Vincent wondered what the heck was taking so long. We stopped in a shop to buy some postcards, but they didn't have any. The owner told us of a nearby place to get some, and when we walked back by her place, she had put out a table and two chairs in front of her shop, especially for us, and we sat there while we wrote out our cards.

Parting, she directed us to the post office, which was just down the street, and we put our cards in the mail to earn an upper peninsula stamp. 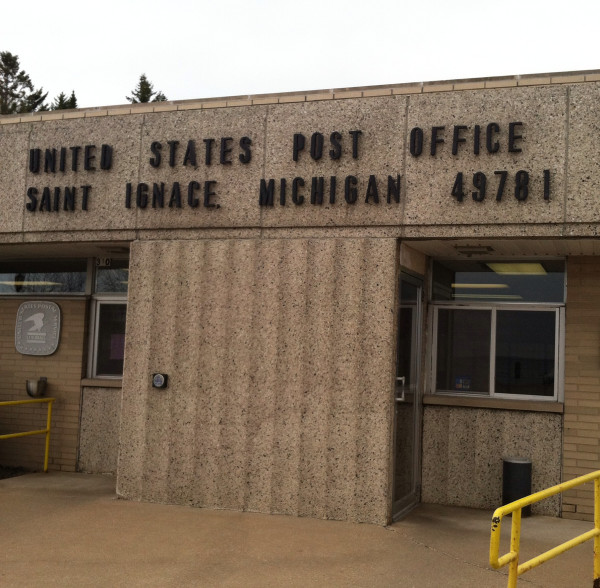 We crossed back over the Mackinaw Bridge and headed east to Ocqueoc Falls State Park.

Official driver for our Michigan trip 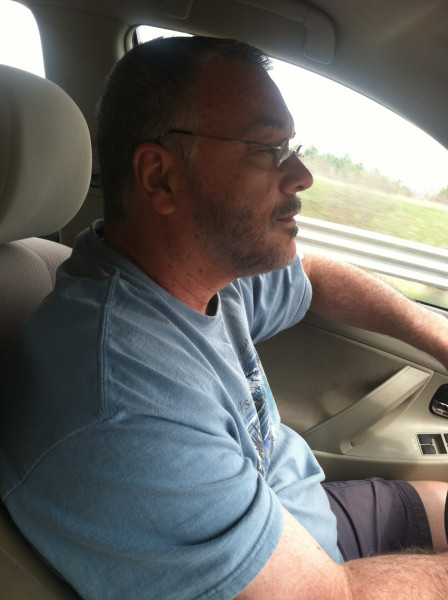 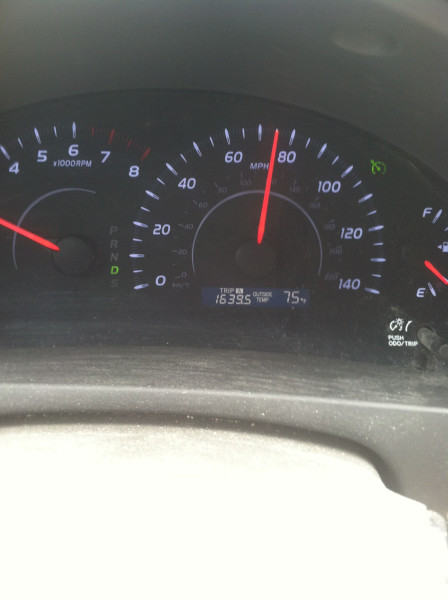 We arrived at Ocqueoc Falls State Park at about 12:15, where in addition to enjoying the scenery and a short walk—I'm hesitant to call it a hike at our age and pace, we had lunch consisting of our leftover stromboli from Nonna Lisa last night. 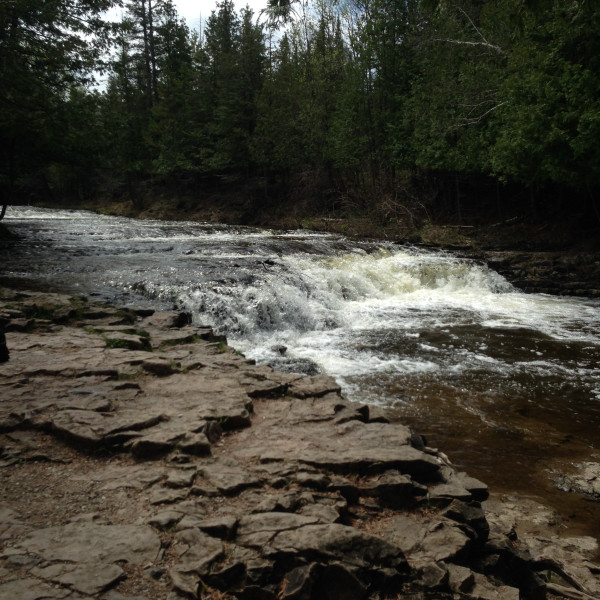 Bob, Vincent, and Frances at the falls John, Vincent, and Frances at the Falls 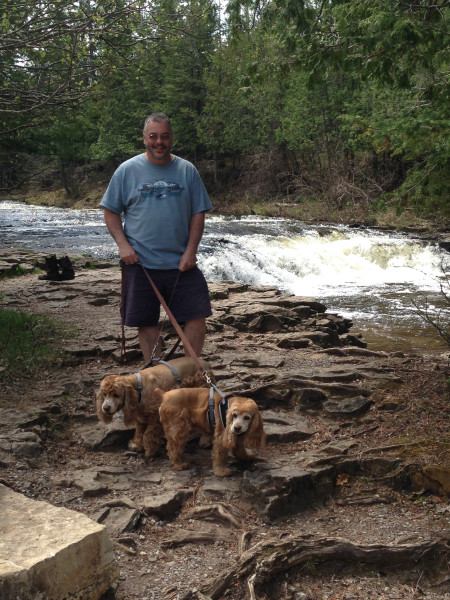 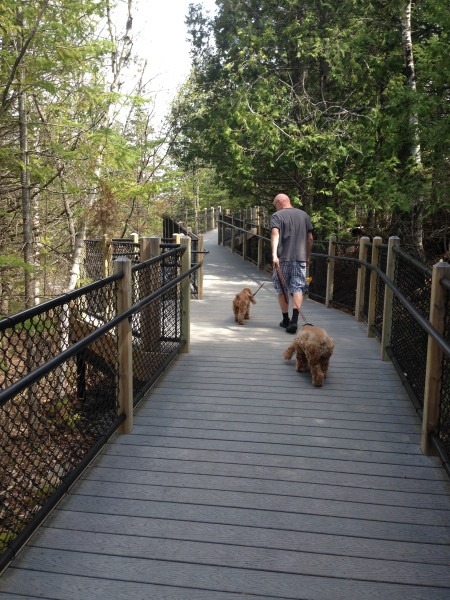 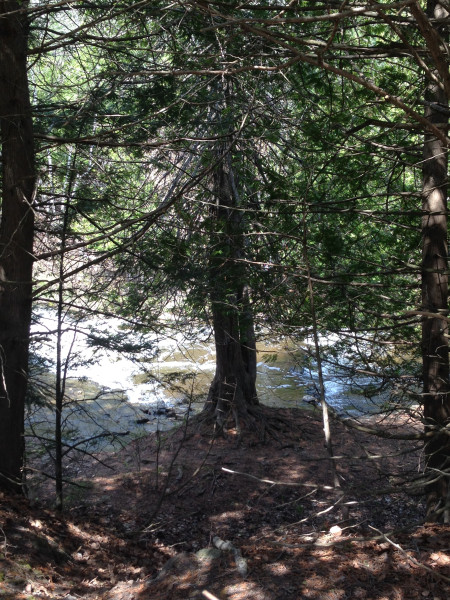 After our stop in the park, we started our 5-hour drive back to Battle Creek.

We arrived back to Barbara and Charley's to an empty house, but shortly thereafter Charley arrived home for the weekend from his work in Florence, KY, where we'd seen him, it seems now, like forever ago. And Barbara arrived home from work shortly after that.

After a couple of hours rest, Bob and I rode to Kalamazoo to have dinner with his friend Barb, whom he worked with at Borges Hospital in 1974-75, while attending Western Michigan to complete his bachelor's degree.

Bob with his longtime friend Barb It was pouring down when we came out of there, and we drove back to Battle Creek in a downpour most of the way, but fortunately it wasn't that far a drive.

At home, we gave our hosts some of the fudge we'd bought in St. Ignace this morning.
Collapse