~Sunday~  Today I worked on the last item in the "Around the house" section of my my retirement to-do list, which was to "clean out and organize my storage shed." 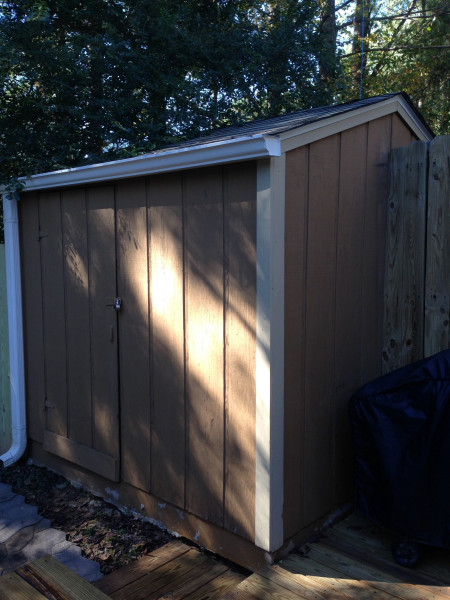 Mea culpa CYA: If anyone reading this entry gave me any of the items in this blog entry that I mention having totally forgotten I owned, I apologize.

Seeing how I found cans of paint in there with "2001" written on the lid, it's been at least 13 years since I've ventured into the thing.

Being petrified of spiders, I started off my task with this Facebook status update, alluding to that fact and to the first item I came across covered in spider webs: 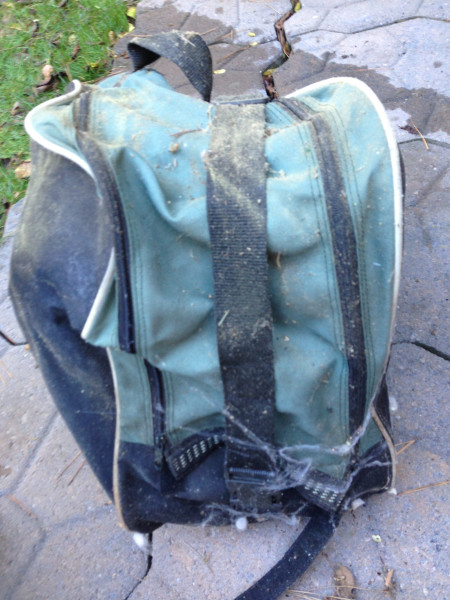 Many years ago, when I was married, my wife and I had two dogs that we loved dearly. I'm not sure how these two framed 8x10 pictures of them got relegated to the shed, but finding them put a smile on my face 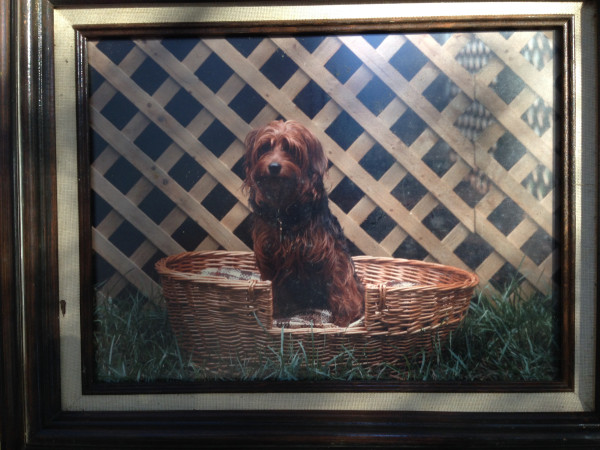 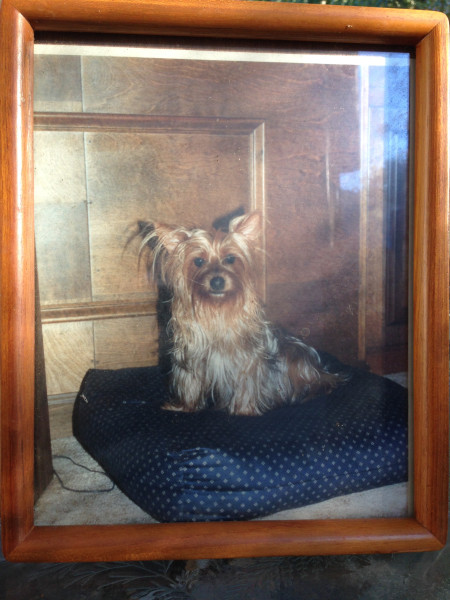 I had completely forgotten about these glasses from the 1979 Arby's Actors Collection. They were each wrapped separately in newspaper that I held by one corner with the tips of my fingers hoping to god nothing would crawl out of them as they unraveled. 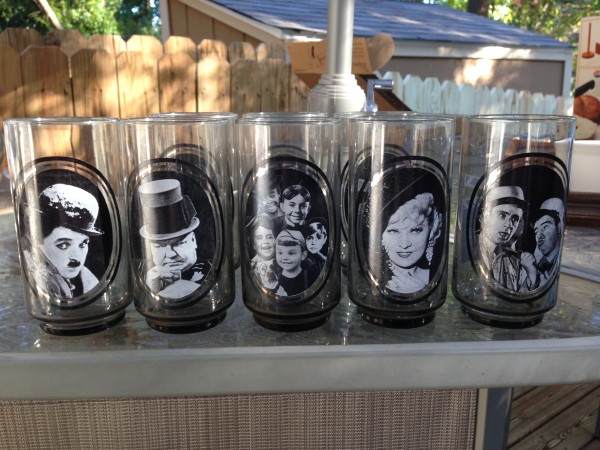 It's true that at one time I entertained a lot more than I do now. Out of all the items in the next 3 pictures, I'm embarrassed to say, I only remember owning the bagel set.

I have an entire set of Farberware pots and pans, so I guess it should come as no surprise that I have this electric skillet. But I don't remember getting it. I have no idea where that warming tray came from. 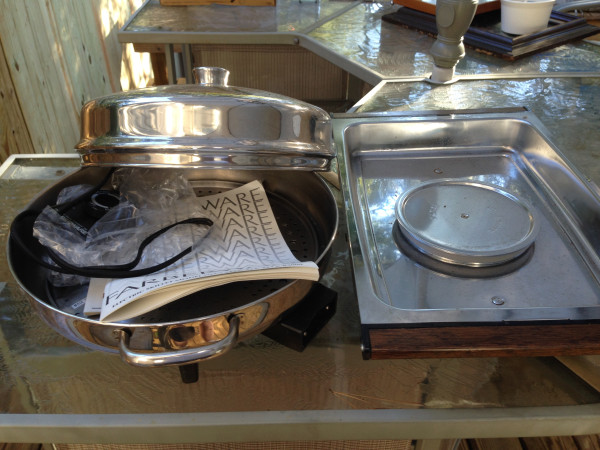 I own a Pampered Chef Easy Accent® Decorator, but I had no idea I also own their Cookie Press (with 10 metal disks, too).

In the Cranberry Set, you can see what a silverplated serving utensil looks like when it hasn't been polished for at least 13 years. The spoon that's with the little—what I imagine my mother would call a—"bon-bon dish," is what a sliverplated spoon that was stored in a sealed plastic bag looks like. 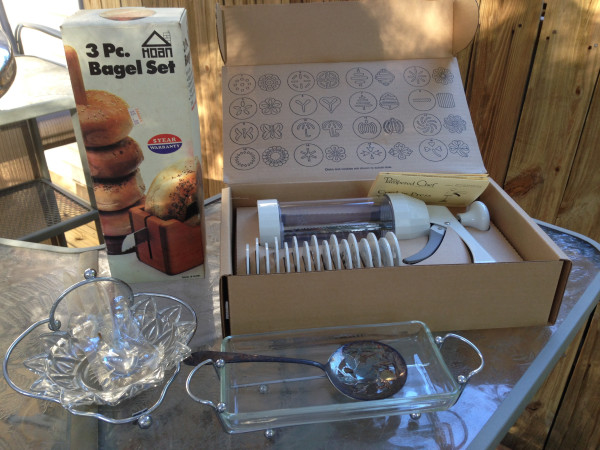 I totally don't remember owning this 9-bowl set. The dark area at the bottom of the large bowl is cardboard that is stuck to it from the box that it was in, whose bottom was deteriorating. 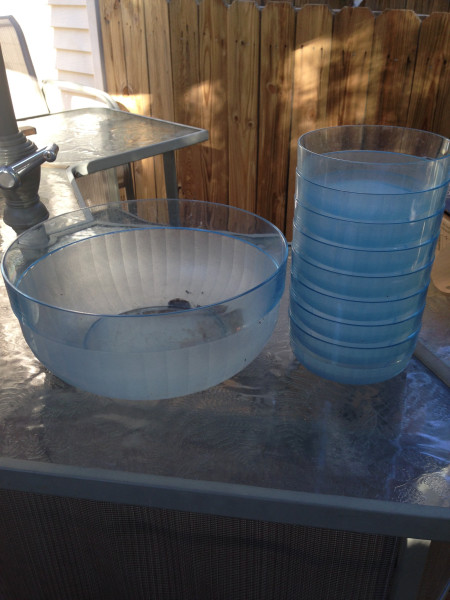 I don't remember when I got these or who gave them to me, but I was much delighted about this find, since I am using my deck again. 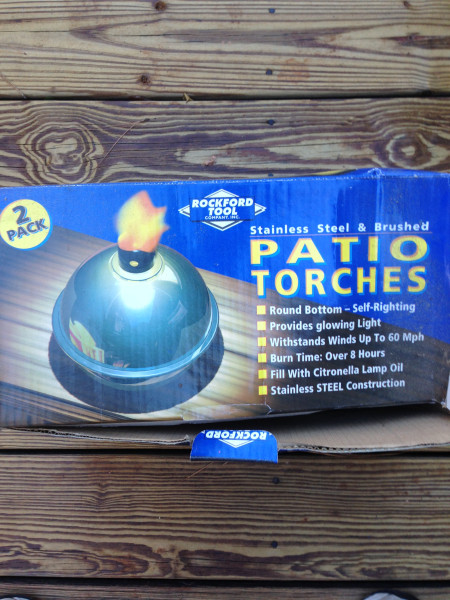 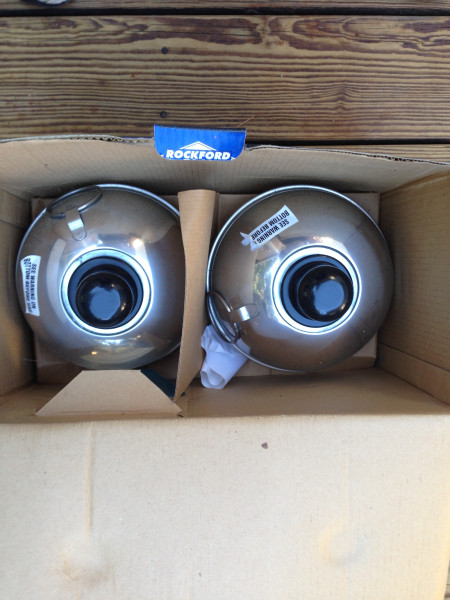 So, back to that bag at the beginning of the entry. I really didn't think there were ski boots in that bag, because I'd already seen the white boots in a box, and completely forgot that I'd bought new boots (and skis, and poles) toward the very end of my skiing days, which was many, many years ago.

But, much to my surprise it wasn't a bowling ball, but the other pair of boots. And here's the entire new set. I think I'm going to try and sell these on what acts as the Red Hat Swap Shop list, since they're all so new and in very good shape. Things fly off that list, so maybe I'll get lucky. 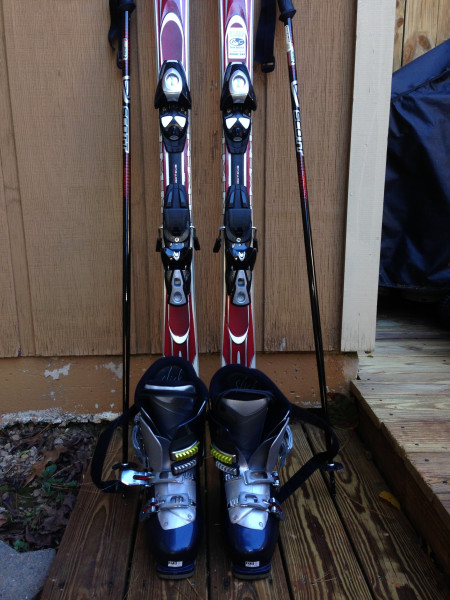 I'm happy to report that over the course of a few hours doing this, I only saw one spider, and it was a very small, black one, and it was at the very end of the chore.

Have you cleaned out a shed or garage lately? Find any fun stuff, or anything living? (Like a tortoise?)
Collapse