~Monday~ Recently, I was a guest on Up Top! with Matt Morain, a podcast created by my work colleague and friend, Matt. It was two hours of zaniness, which was about... well a lot of things. You can read Matt's description below. 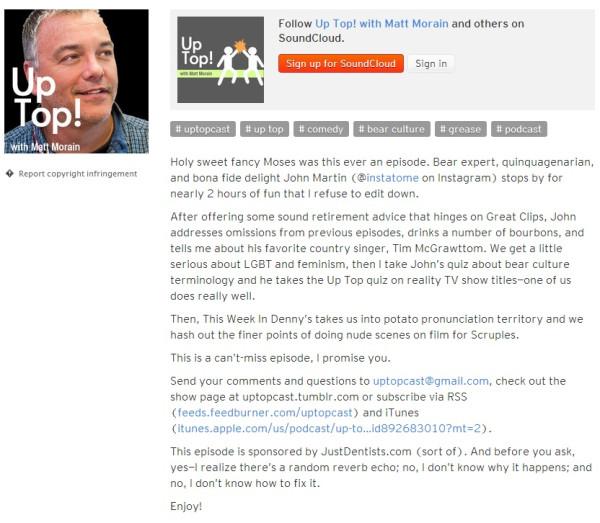 In one of Matt's earlier podcasts, in talking about who, or how many people, might be listening to his podcast, he noted that there was "one guy from Kazakhstan" that had accessed the podcast. Said listener was referenced on and off in subsequent podcasts, including the podcast I was just in.

In a moment of wickedness, I thought it would be funny to send a "fan letter" to Matt, and make it look like it had come from that listener in Kazakhstan.

Here is what the envelope looked like after it arrived and Tracy was able to remove the U.S. stamp: 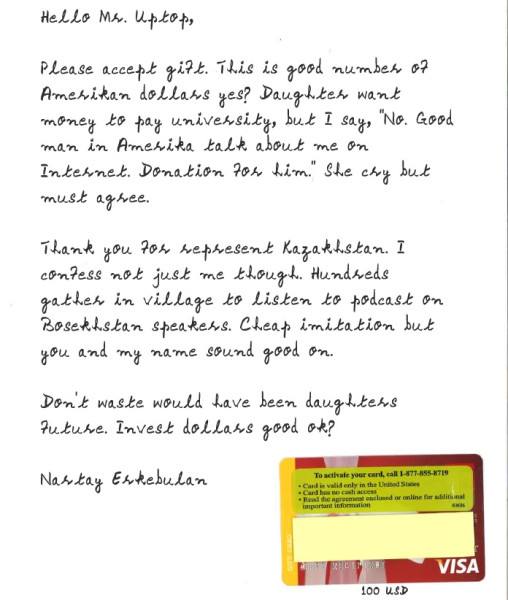 Tracy was generous enough to film the event. You can watch the 3.5-minute video. The password is "uptop."

And thanks for being such a good sport, Matt. Personally, I hate practical jokes, and it was a stretch for me to play one. The fact that it was for a good cause helped me get through it. :-)
Collapse