~Saturday~ My friend, Gregor, started his own theater cooperative—Common Wealth Endeavors—recently, and tonight I had the pleasure of attending my first performance of said company.

The Set of Many Moons 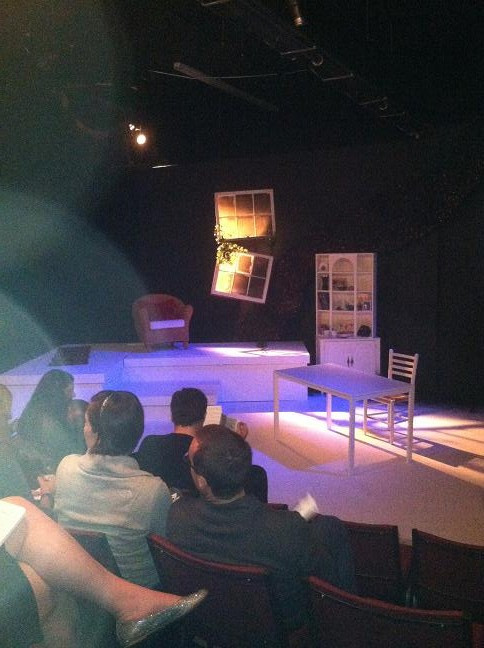 Synopsis: In Many Moons, Juniper is looking for love, Robert is trying to avoid it, Ollie doesn't know what it is, and Meg has resigned herself to never having it. As these four people move through a July day in London, they orbit each other, unaware that they are hurtling towards one moment that could devastate them all.

In spite of running 100 minutes with no intermission, this play just flew by to me, and I thoroughly enjoyed it in spite of an ending, [Minor spoiler alert—skip to the next paragraph if you don't want to see it!] the likes of whose ambiguity has not been seen since Out in the Dark, which I saw at the 2013 NC Gay & Lesbian Film Festival in August.

My observations of the play:

Themes that I remember being explored in the play:

Okay, that's enough. One of my measures of success for plays is whether or not I'll still be thinking about them days after I've seen them. This one definitely meets that criteria. Good stuff.


Treat yourself to this play. It's being staged through Saturday, November 16, 2013 at Common Ground Theater in Durham. For box office and ticket information, visit the Common Wealth website.
Collapse