My friend Fran took this picture of the building juxtaposed with the street name that bears my last name. The building's not actually on Martin Street, but it's nearby, obviously. 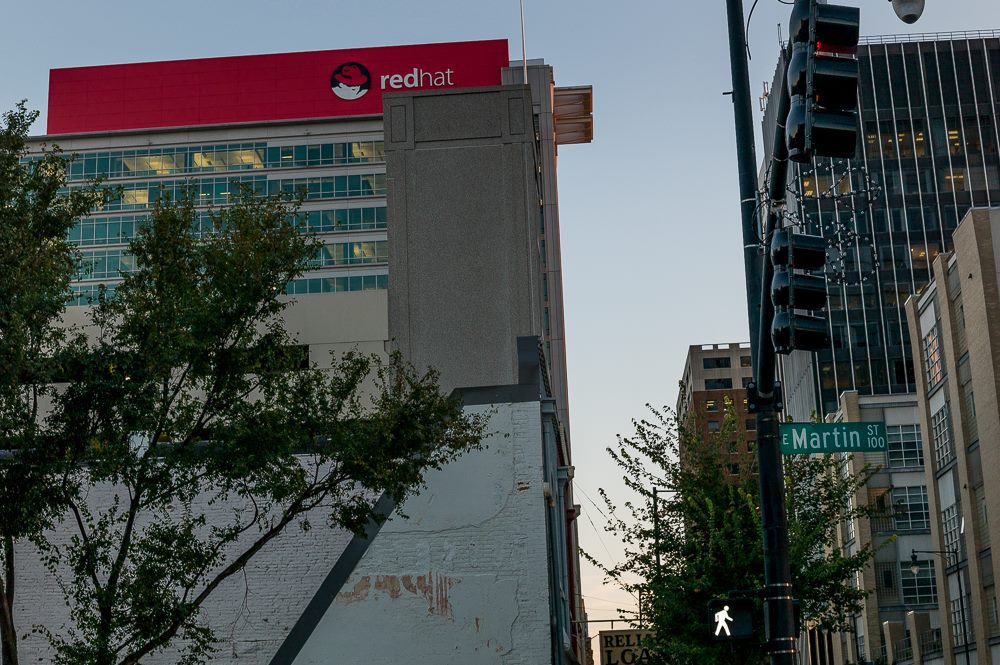 The elevators in this building are quite interesting.

To call the elevator, you don't press an up or down button in the area outside the elevators, like you normally do, but instead you punch in the number of the floor you want to go to on a number pad: 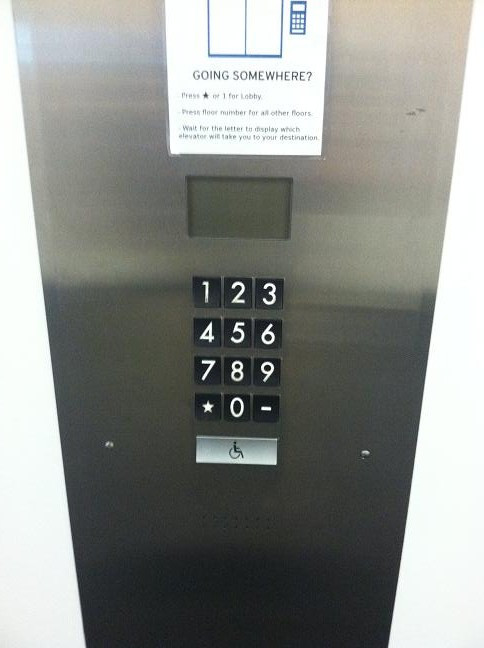 Once it registers, it tells you which elevator to get on: 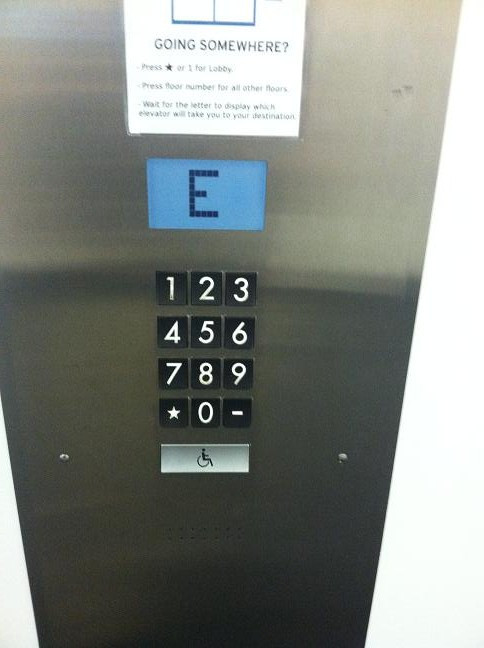 You wait for that particular elevator to arrive, and then you get on it. 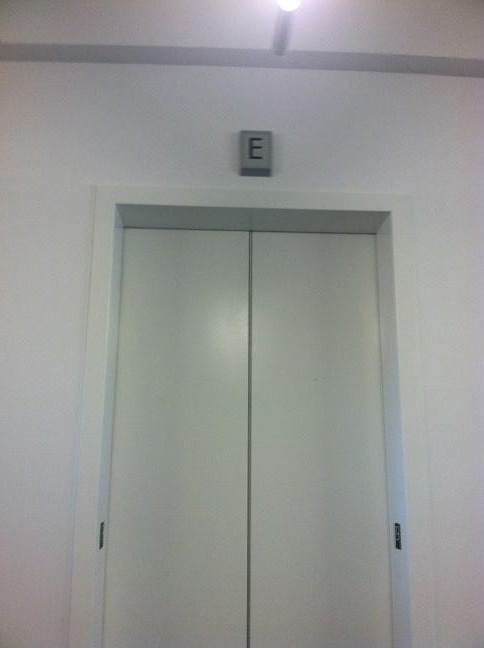 When the door opens, the numbers of the floor(s) that has(have) been pressed for that car are displayed along the side, so you know exactly how many stops it's going to make. I heard someone explaining yesterday that it limits that number to a maximum of three. 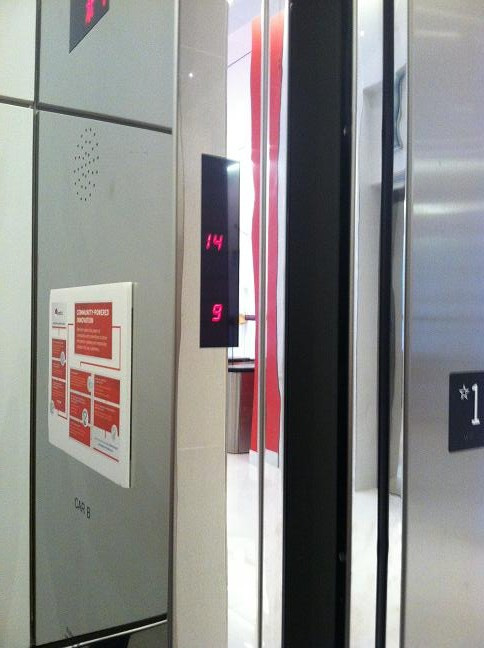 Once inside the elevator, there are no floor buttons, only the open and close door, alarm bell, and emergency call buttons. 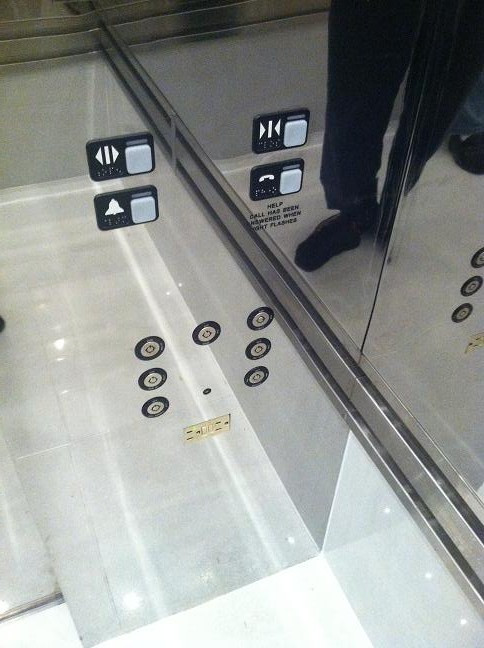 I was there late one night, and I keyed in my floor, but forgot to look at the pad to see which elevator to get in. I panicked for just a second and then thought, "I got an idea. Just get in the one whose door opens!" D'oh.
Collapse