While looking for an old ATM card the other day, I found this collection of badges, which got me thinking about all the places I've worked, and which companies required a badge and which ones didn't.

Pretty much the only ones that didn't require a badge were two jobs in my "early years," one in college, which was at Burger King (I did have to wear the smock and the funny hat, though), and the other one at a place called K&K Toys, which was a toy store in a mall in Durham, and a "second job" I took at Christmastime one year. What was I thinking? Someone who's not at all fond of kids working in a toy store at Christmas.

I worked a co-op job while in college in the late 70s at the EPA in the Research Triangle Park—which was referred to as "The Fort," because it was hexagonal (I think it was six-sided) in shape—and I definitely had to wear a badge there, but I was not allowed to keep it when I left.

I also worked at four other companies from which I didn't keep one of their badges:

Here is the collection of badges I do have: 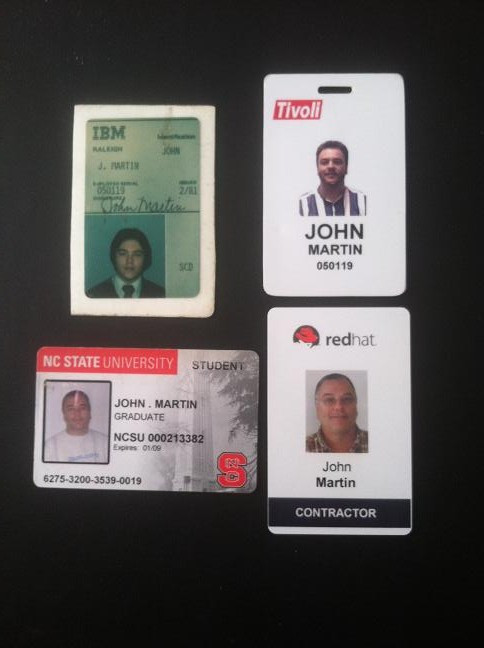 In May of 1980, shortly after I received my undergraduate degree in Math & Computer Science, I started working at IBM. This, evidently, since it was issued in 1981 must have been my second badge there. 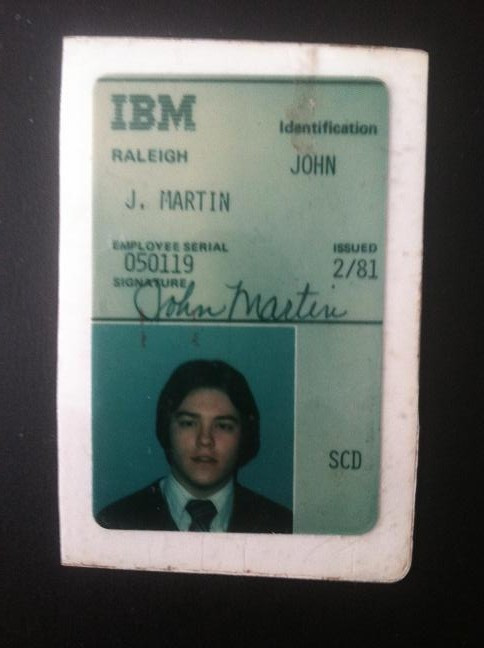 I left IBM in 1993 (with a $30,000 incentive package), and after a year of working on a novel that I didn't finish, and working at those four companies I listed above and for which I have no badges, I returned to IBM, into a company called Tivoli that IBM had acquired. 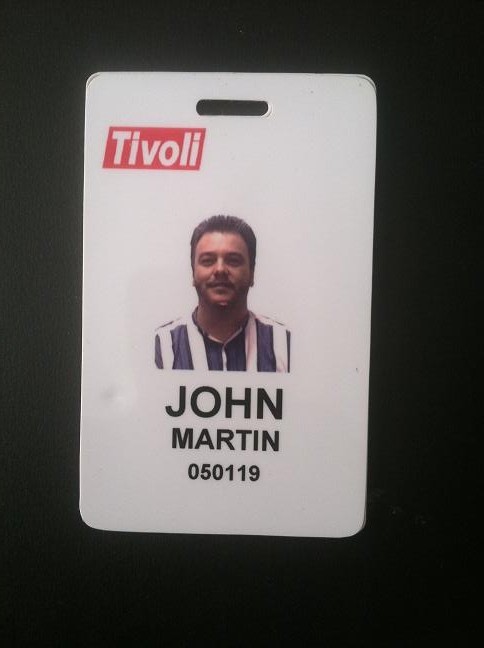 I worked for IBM for eight more years, during which time I attended NC State to get my Master's degree Technical Communication, at which time I was issued this student ID badge. When I left IBM in 2008 and was subsequently hired by NC State, I received an employee badge very similar to this one, but one they stripped away from me upon my recent departure. 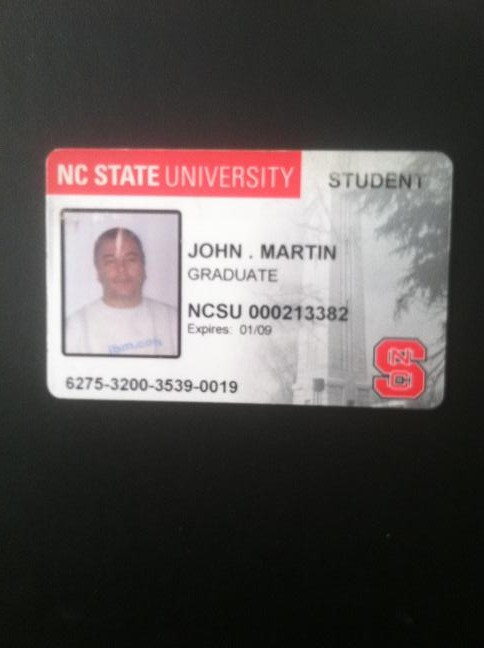 And most recently, a couple of weeks ago now, I started working at Red Hat as a contractor, and this is the badge I currently use. An interesting thing about this badge picture is that a woman took two shots of me, didn't show either one to me, and chose the one, I guess, that she thought looked better. I'm not fond of it, and I wear it with the picture side facing against my leg. 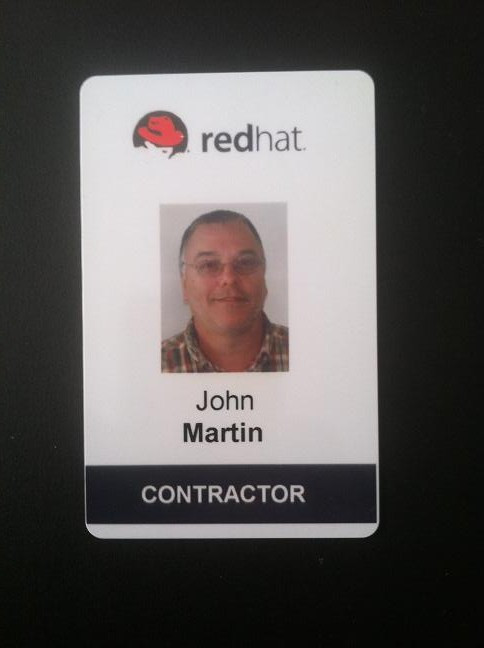 Oh yeah, and then there are all of those conference badges I donned for a few days over the years. This collection only represents that ones I saved badges from, so it's by no means complete: 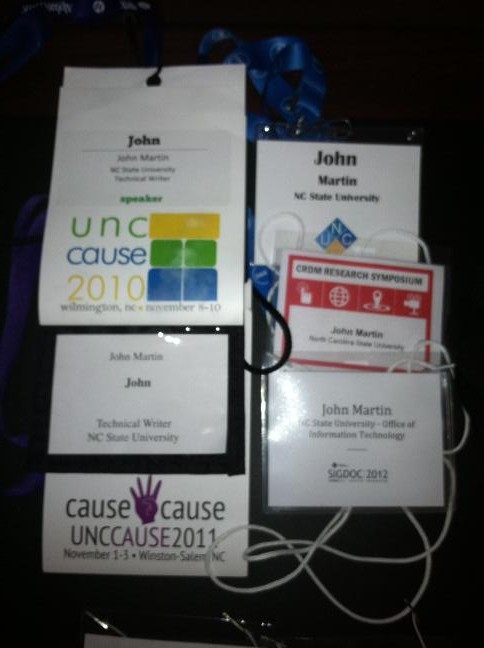 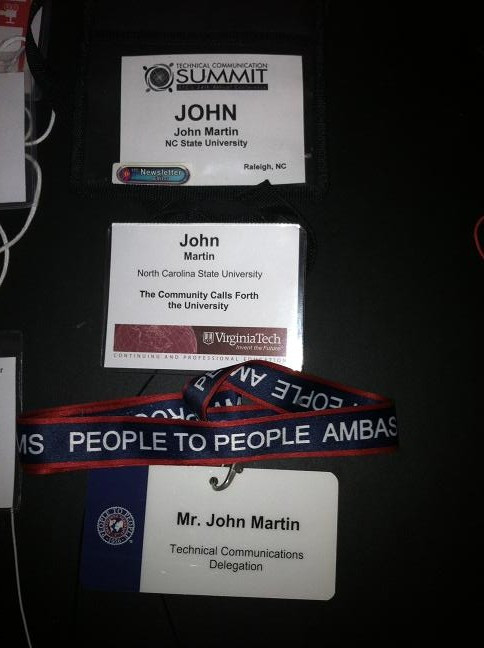 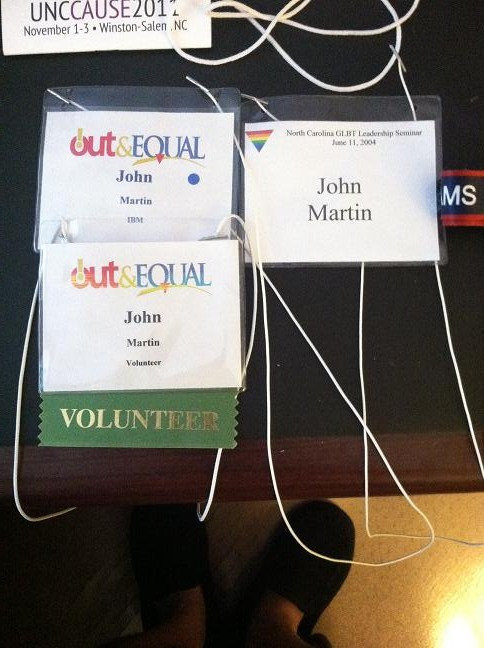 What about you? Do you wear a badge to work, or have you worn one in any of your previous jobs?
Collapse