~Saturday~ I arrived at the Mayflower seafood restaurant in Winterville, NC, where my sister, Vivian, was hard at work decorating the area of the restaurant she'd reserved for us for a couple of hours.

She had meticulously set the table with an array of things she'd been looking for, buying, and putting together for the last few days. Such a Martha Stewart (minus the jail time), that one.

When the "bride and groom" arrived, we sat them in the guest of honors' spot, where not 09 for September (although that works on one level), but 60 was spelled out with Hershey's kisses and hugs, along with some "diamonds" on the table, since the 60th wedding anniversary is the "Diamond Anniversary." 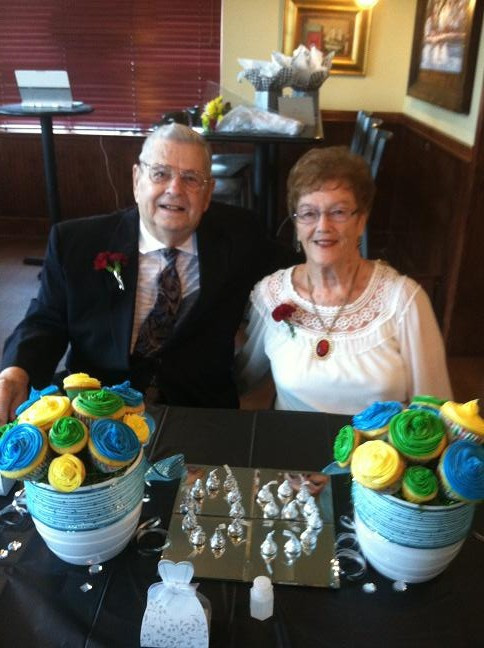 Here's a close-up of those wonderful cupcakes-on-a-skewer-stem that Vivian made: 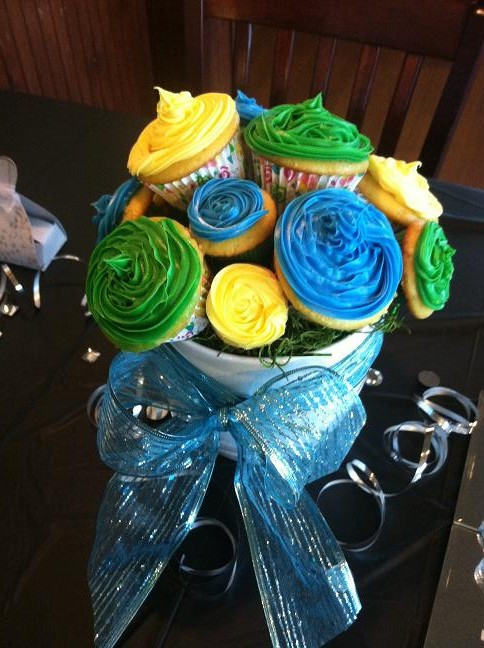 I remember thinking, when I took this picture of Jeff and Vivian, "I have to remember to get a picture of me."

I was in charge of photography and I blew it! 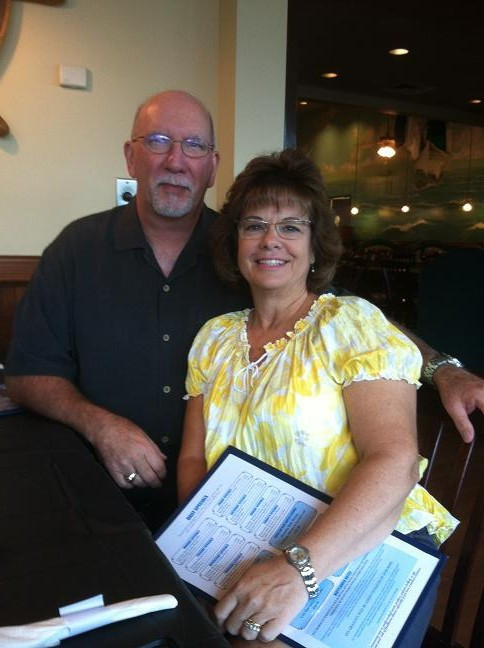 We started off with a couple of orders of steamed clams, which all of us love. 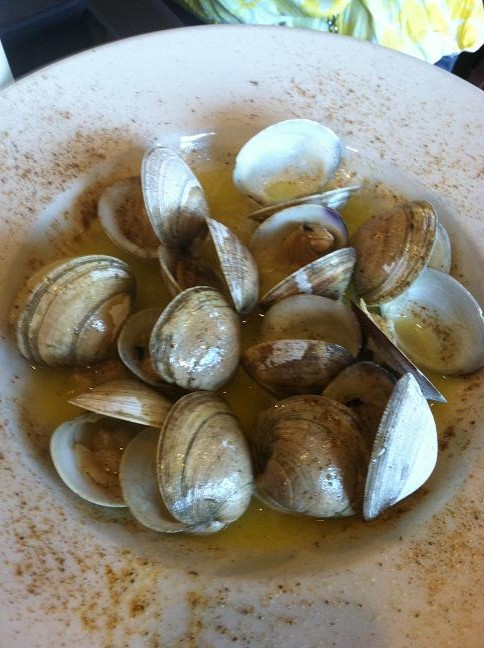 After dinner, we had mom and dad renew their vows—just for fun, not in a religious way or anything, since none of us are qualified to do such.

Vivian wrote them in such a way that they didn't have to do any of the "repeat after me" stuff. At the end, in response to, "Do you, Manny, take Pauline... ...until death do you part?" All they had to say was, "Yes, I still do." 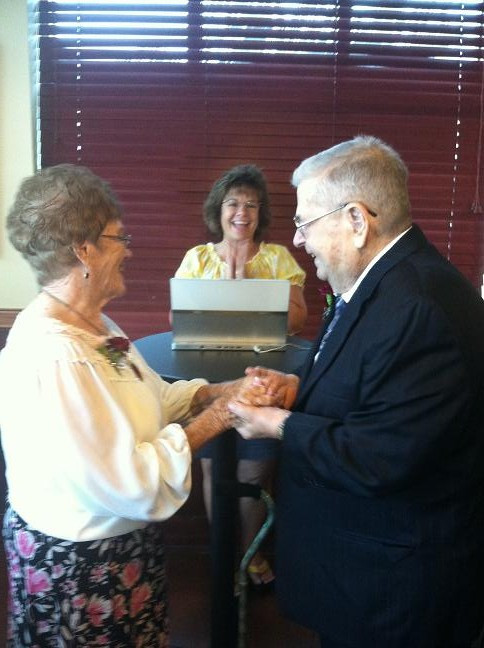 Mom getting emotional, or puckering up for the kill... 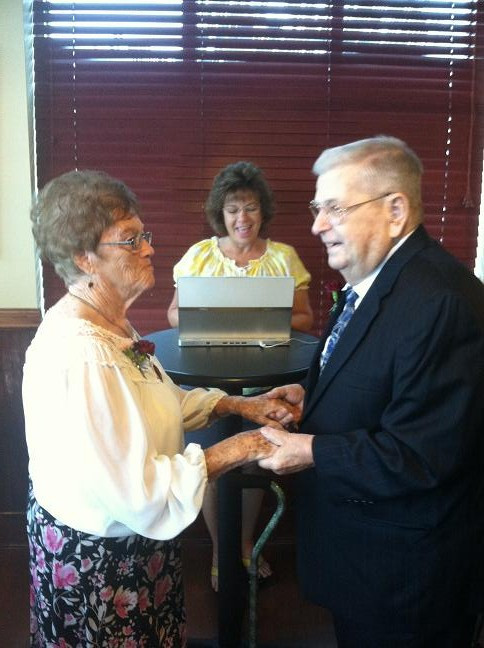 Awwwww! (Whatever happened to cocking your head a little when you kiss?) 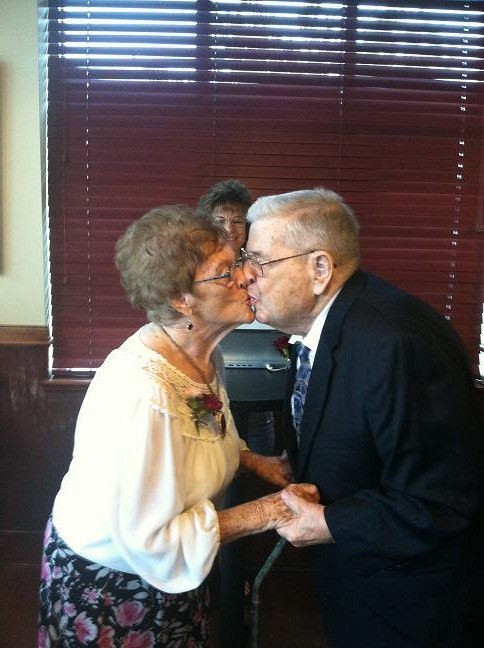 Vivian and Jeff also renewed their vows, as their 25th anniversary is imminent. (Notice the head-cocked technique. Nice.) 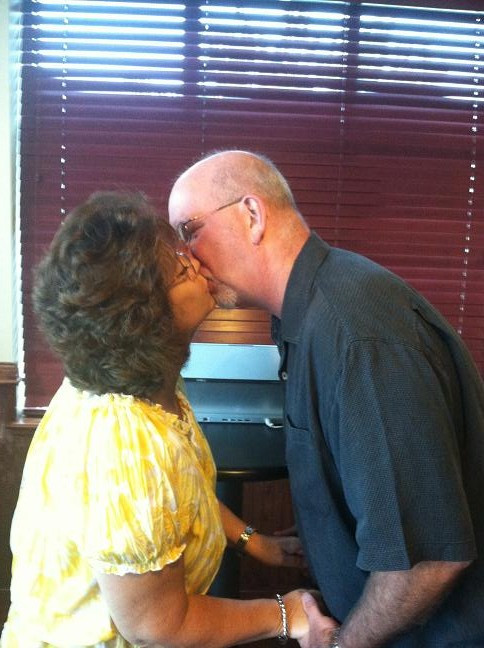 A good time was had by all. And here's the "bride and groom" when they were really the bride and groom, and then again at their 50th! 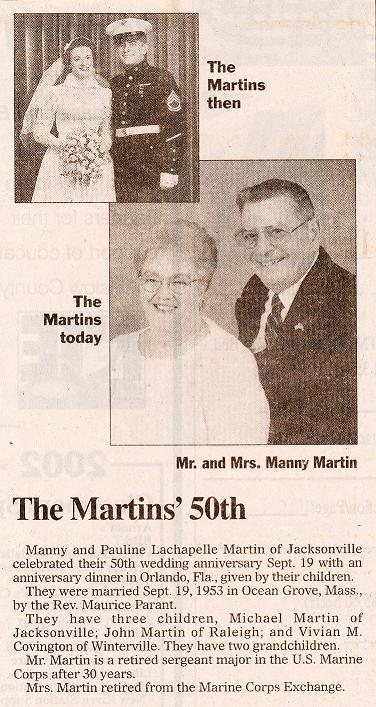 ~Saturday~ Tonight I saw Come Back to the Five and Dime, Jimmy Dean, Jimmy Dean.

I've never been a big fan of Robert Altman films, but I must say that I thoroughly enjoyed this gem of a movie, and once again, I have to thank Bob for introducing me to another great film.

Trailer
Synopsis: The "Disciples of James Dean" (a fan club) meet up on the 20th anniversary of his death and mull over their lives in the present and in flashback, revealing the truths behind their complicated lives. Who is the mysterious Joanne and what's the real story behind Mona's son, James Dean Junior?


My thoughts and observations on this film:

As I said, I'm "two thumbs up" on this movie, for sure.
Collapse