~Friday~  I was checking Facebook first thing this morning, when I received a message from Angel, one of the guys traveling with our group, and we were both about to "hop in the shower and grab some breakfast," so we decided to meet in the lobby 15 minutes later and go together.

I asked the concierge for a recommendation and he sent us just around the corner to a place called Daisy Dukes, where I had the Cajun Omelet, described as: 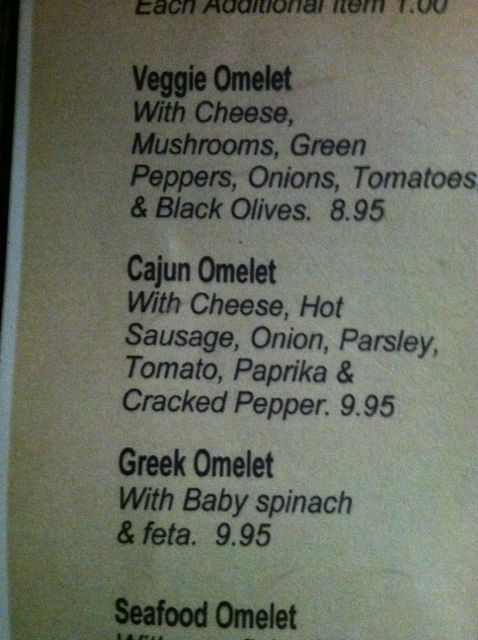 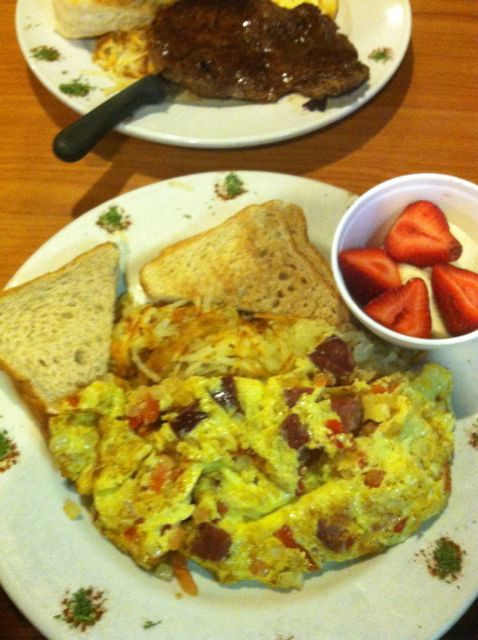 and was pretty yummy. What did we do before we could photograph and post our food?

Angel and I had a long, leisurely breakfast, with good conversation.

Mid-to-late afternoon, I got a text from Amos that he and some of the guys from our group were at Oz having some cocktails and watching go-go boys dance on the bar. Why not?

Needless to say these guys were "all tan" "all the time" "all over."

Upon leaving Oz, a couple of us went across the street to the Bourbon Pub & Parade and people-watched, okay, boy-watched—all the while continuing to quench our maddening thirst.

Phil, Amos, and Don on the Bourbon Pub & Parade balcony: 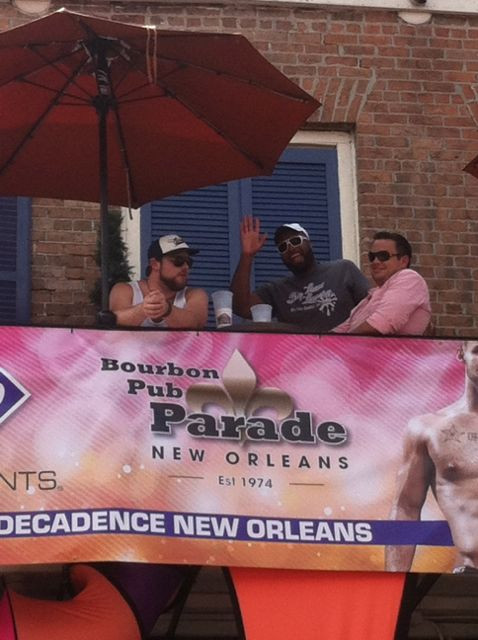 And once I got up there, I took this shot of the Oz balcony, across the street, where we'd just come from watching the dancers: 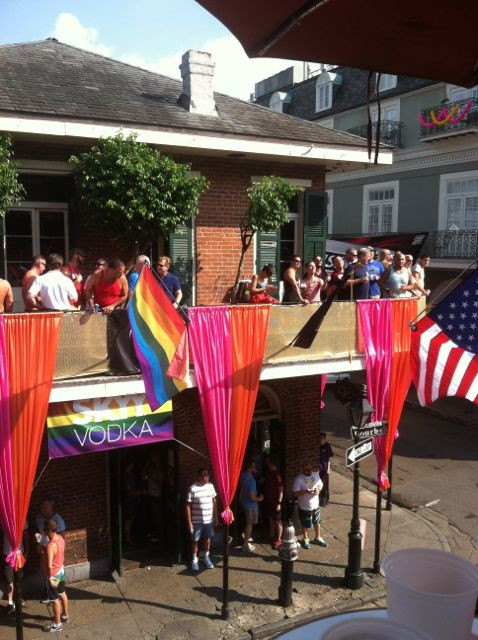 I ended up having a late dinner with Amos, Phil, and Don and it was actually back at Daisy Dukes, where I had some teriyaki wings as an appetizer, and then a hamburger with a side salad. The hamburger was most delicious.

I went back to my room after that, where I napped for a couple of hours, and then, at about 11:00, I guess, I headed down to Bourbon Street, where it was an absolute mob scene.

I was very surprised to see protesters out at this event. I mean Southern Decadence has been going on for over 40 years, the crowd ranges from 100,000 - 300,000 people from all over the world, and it's New Orleans, for god's sake.

I mean, I expect this sort of thing in North Carolina, although with that said, I didn't see the usual protesters at this year's N.C. Gay & Lesbian Film Festival, at which they've been a staple in the past. However, I was only there for a couple of the 10-day event, so there might have been some there on other days. But I digress...

What was most interesting to me was that these protesters—who were at two different intersections, at least, maybe three—were all in the "straight" section. Perhaps they were keeping them away from the gay section to keep a riot from being incited. The NOLA police were at each of the intersections at which the protesters were. 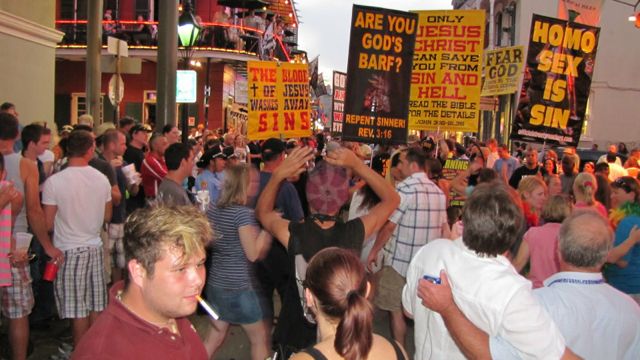 I met up with Amos and the group, who were out in the street between the bars we'd been at earlier, but I only stayed long enough to say hello, and then I walked up another block to a bar called Lafitte's, where most of the bears were.

I walked inside to get a drink, but it was jam-packed in there, and my stomach started rumbling—and not in a good way—so I decided just to walk back to the hotel, but down Burgundy Street instead of Bourbon Street to avoid the chaos and to walk by Rawhide on the way, too.

En route, I passed by the French Quarter Wedding Chapel (worst/tackiest website ever), which actually looked closed, and I immediately wondered if they do same-sex weddings, but remembering that this is Louisiana, quickly dismissed the notion.

Evidently, it exists exclusively to protect the institution of straight people's first, second, third, and even fourth marriages. Bitter, party of one? Your table is ready. 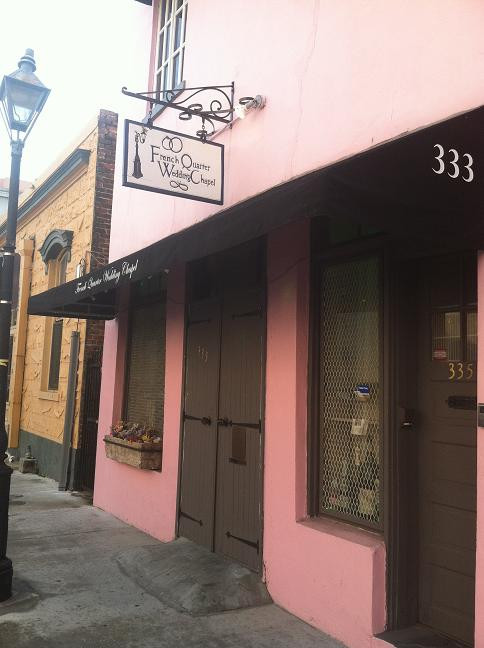 There were also big-ass bottles of bubbly you could purchase, too, to make sure the occasion was a class act. 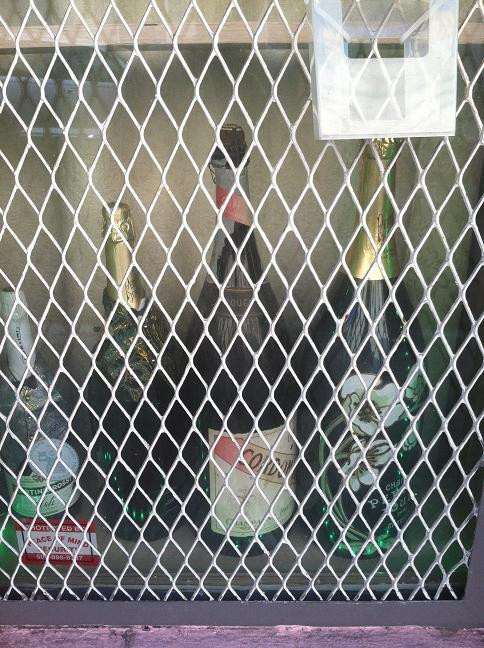