~Monday~  I attended the final Moral Monday rally, for which the focus issue for today was education, and which had—by far—the biggest crowd since the protests began.

Evidently the NCAE had sent out an "invitation" to the rally, and suggested "wear red for ed," which you can see by most of the pictures, was a suggestion that a lot of people heeded. 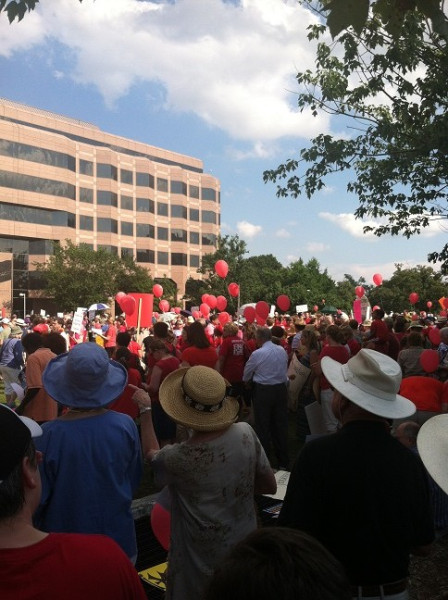 As usual, I enjoyed a lot of the signs today, most of which were centered on education issues, although there were still a good number of people holding signs with their own pet issue.

Speaking of pets—or more accurately, playing with the word pet—these two pictures made me smile: 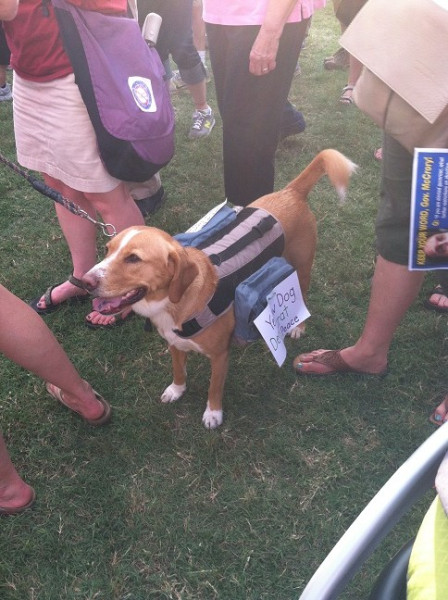 Of course, I'm familiar with the term "Yellow Dog Democrat," but I didn't know its origins, which according to its Wikipedia entry, is:

A political term applied to voters in the Southern United States who voted solely for Democratic candidates, with the term commencing in the late 19th century. These voters would allegedly "vote for a yellow dog before they would vote for any Republican". The term is now more generally applied to refer to any Democrat who will vote a straight party ticket under any circumstances. 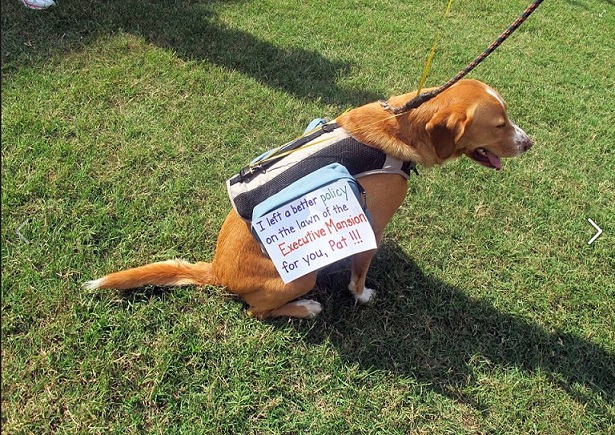 Most of the signs I took pictures of were—presumably—made and/or held by teachers, and it was obvious they were pissed: 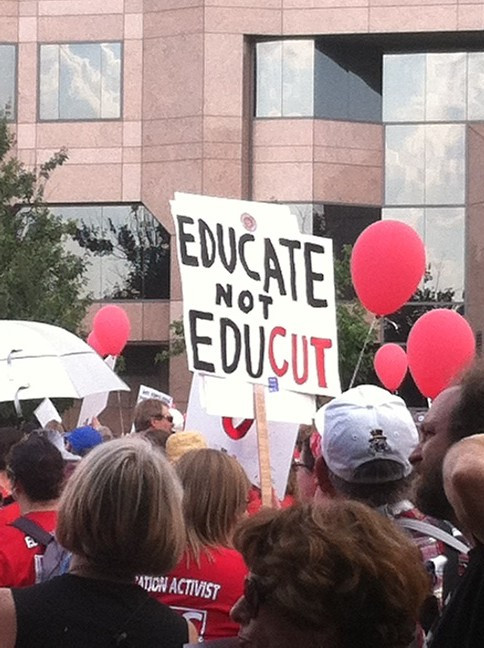 An interesting note about the next sign is that at one point, the Rev. Dr. Barber made a comment about signs that have "cursing" on them, and how he'd really like to see us take them down, saying basically, that we don't need to be crude to get our points across.

I only saw one other sign that had a curse word on it, and it asked a question, under which it said, "Oh, HELL, no!" as a response to the question. 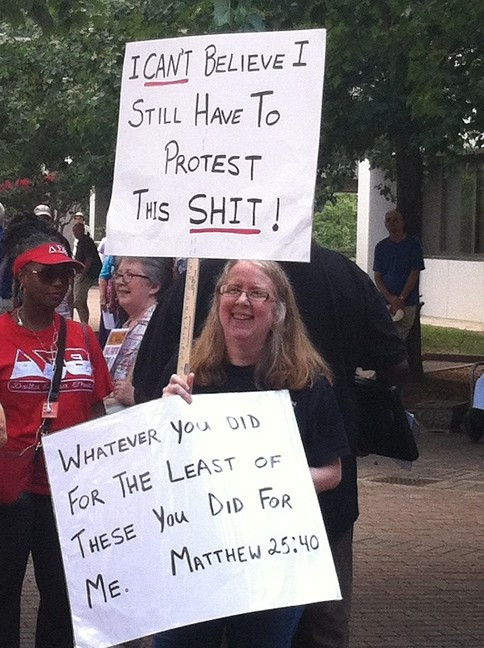 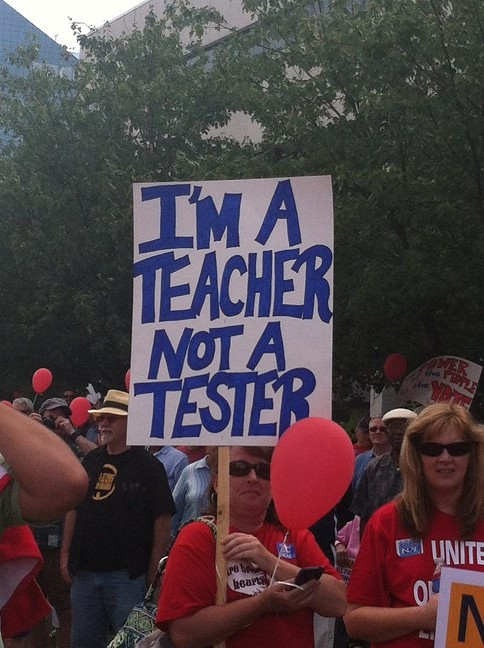 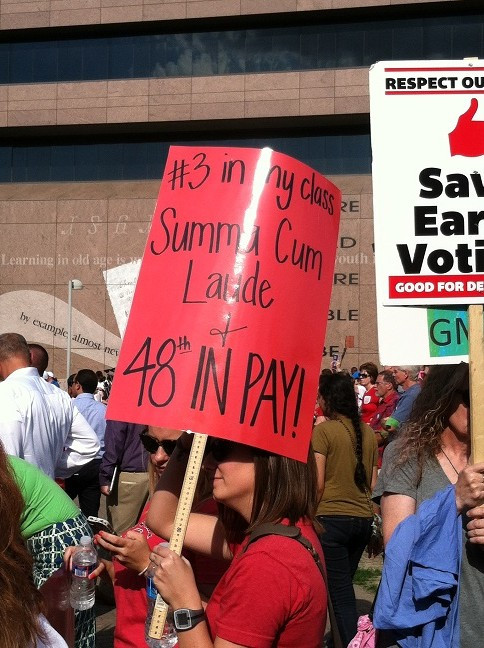 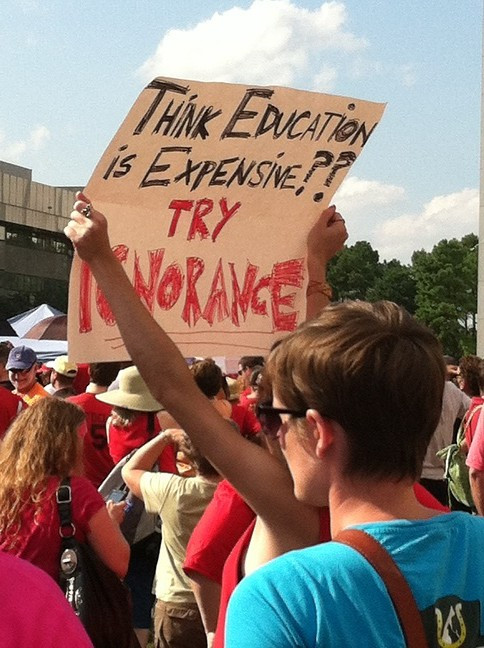 I winced when I saw this sign, and I'm hoping it wasn't a teacher who made it. I posted it on Facebook with the comment, "Not a good day to have the wrong 'its' on your protest sign." 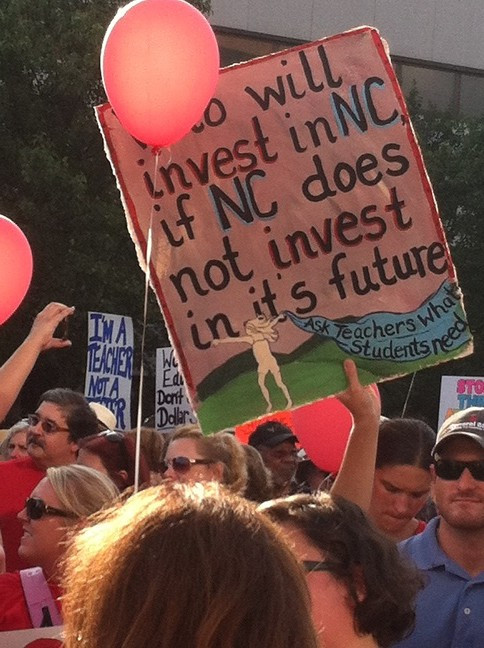 I couldn't get a closer shot of this sign, but it was one of my favorites. It was made of cardboard and from what looked like a ripped up box. You can hover over the picture to see what it says if you can't read it. 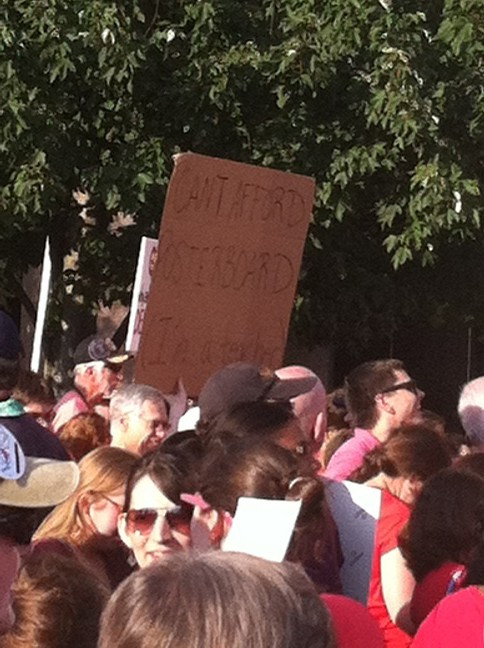 There was another sign along this theme that I really liked, but didn't get a picture of. It said something to the effect of, "I've been teaching for 15 years, and I've spent $14,000 on supplies for my students."

Here's one from someone who was still passionate about an issue focused on in a previous week: 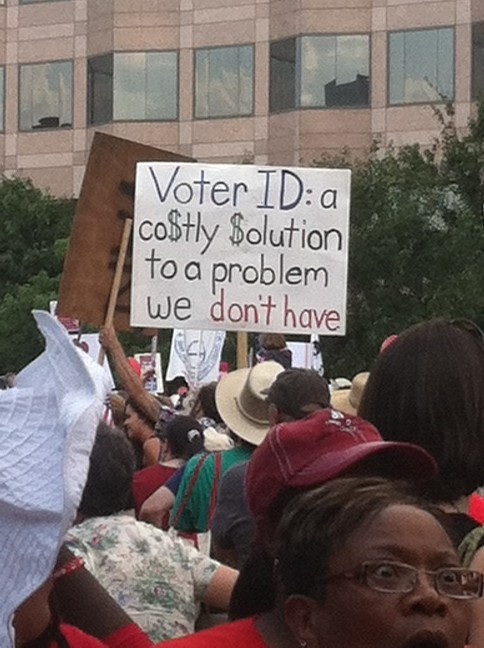 The lady in the next picture was bound and determined to get up in this tree to get some photos. I was really surprised the cops didn't come to tell her to get down.

It wasn't a big tree, and there were people under the branch she was on, which if it would have broken off, would probably have been hurt.

We can only hope that her self-absorbed opportunism got her just the photos she wanted and was willing to risk the lives of other people for. Okay, I admit it. That's slight hyperbole. 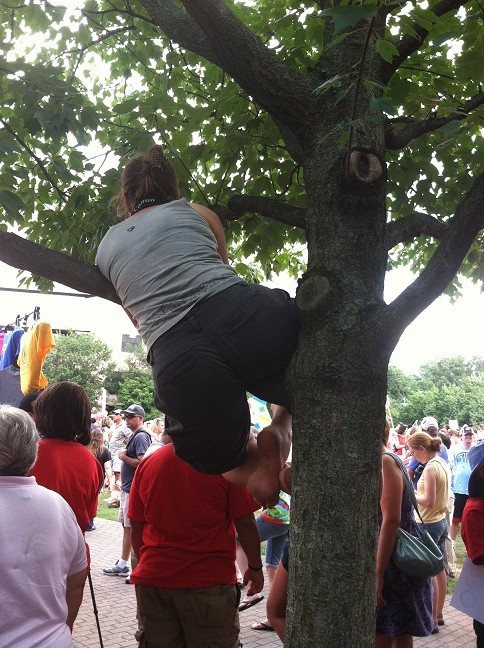 This next one was my favorite "cultural reference" sign: 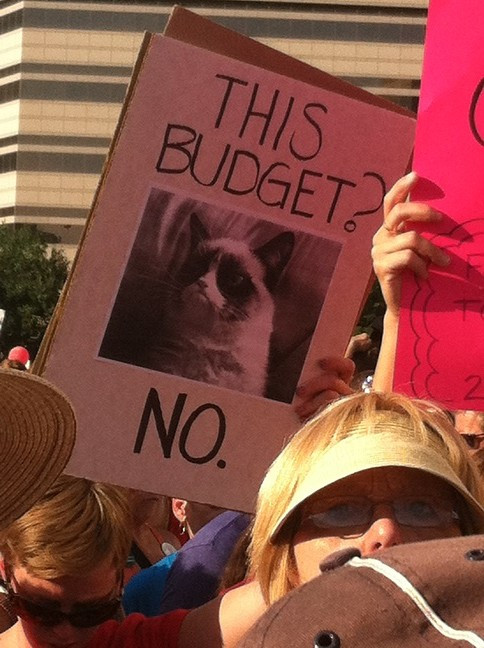 And what's more American than the freedom to protest? Well, consumerism while protesting, evidently. 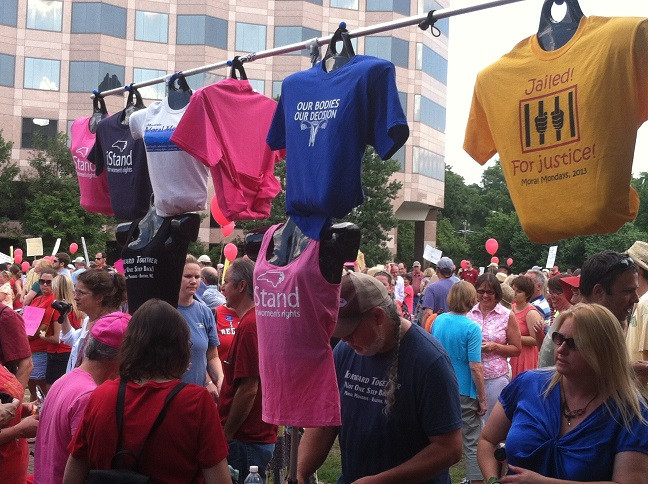 What was different about this final Moral Monday rally was that it didn't end with a bunch of people volunteering to get arrested "for the cause," but with a march from the Halifax Mall (adjacent to the Legislature Building) down to Fayetteville Street, where the speeches continued and the "next steps" of the "movement," were laid out.

My favorite part of the march was when we walked in front of the Legislature Building en route, and someone was in front of it with a megaphone leading the marchers, and there were thousands of them, in this chant:

Crowd (all pointing to the Legislature Building): THAT is what hypocrisy looks like! 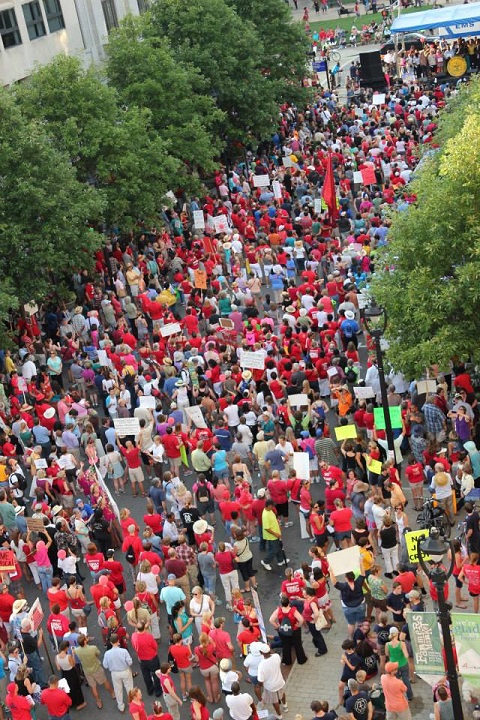