~Monday~  I attended Moral Monday again, and it was so incredibly hot out there, that I probably wasn't there more than 30 or 40 minutes—long enough to snap some pictures of signs.

The main focus of the protest today was on Women's Rights, and I believe around 100 people got arrested.

Here's a shot of the crowd, but not a very good one, as it doesn't really help articulate the scope of it. 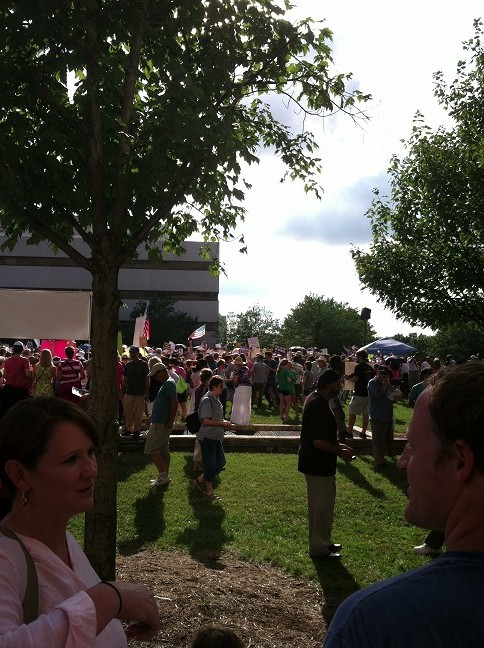 There were many reproductive system, genitalia, and "my body" type signs, two of which I captured: 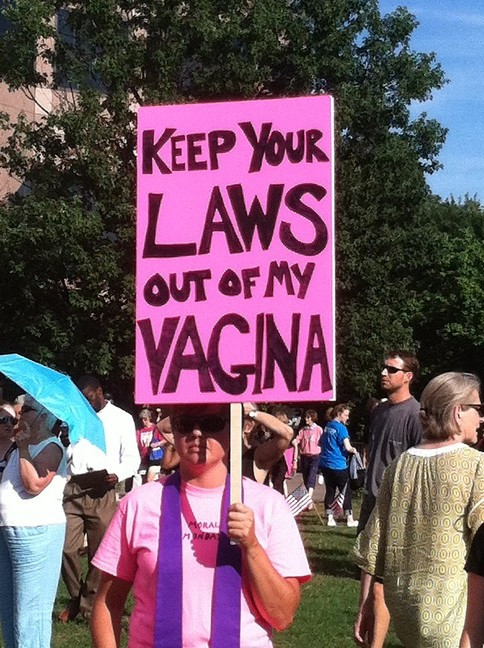 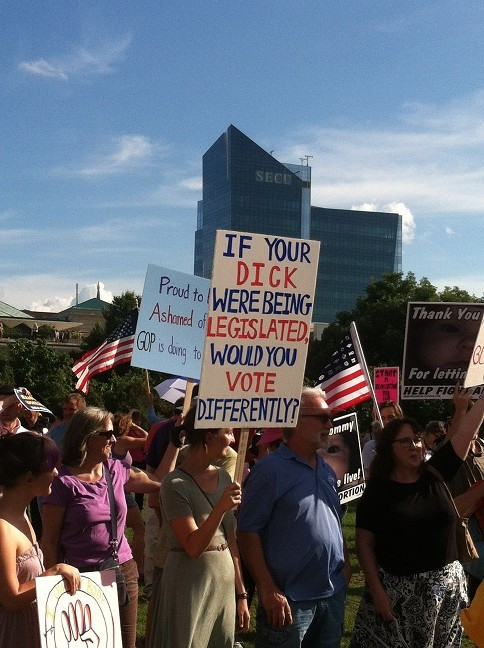 I liked this one-word-but-you-get-the-point sign, held by this mostly silent (at least while I was around him) protester: 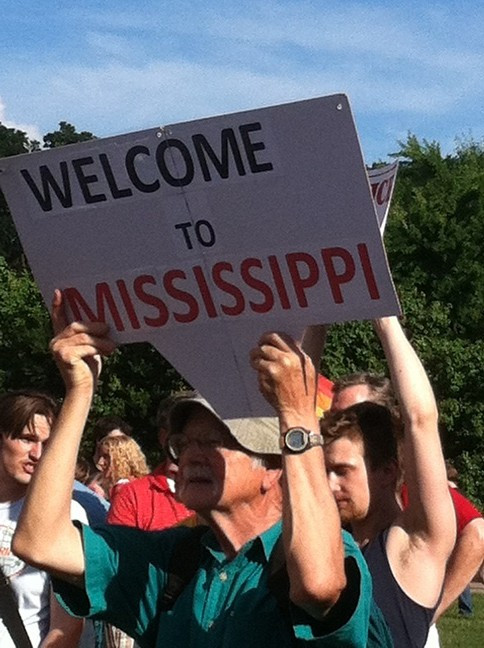 And, finally, this sign made me smile, as a dig to our governor who was quoted (misquoted, he said, of course) as saying he's been out at the protests and talked to a lot of people in the crowd, which is a blatant lie. 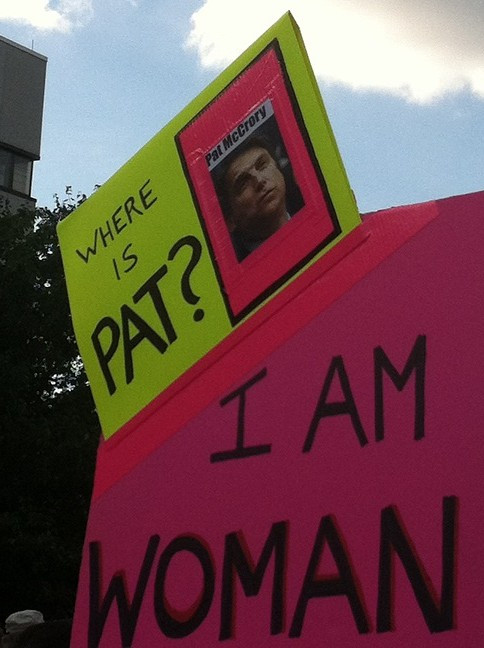 Obviously, I'm not a committed protester, as my time there was swayed by how hot and how hungry I was. They need some food trucks up in there.
Collapse