~Tuesday~  Today, I had lunch with someone I hadn't seen in 33 years or so. Her name is Deborah, and she was my ex-wife's roommate in college and a bridesmaid in our wedding.

Who'd've thunk all those years ago that 33 years later, the marriage whose start she attended would be dissolved, I'd be living "out and proud," and she'd be taking a college-aged son to freshman orientation at a university at which I'd be working? Life is funny. 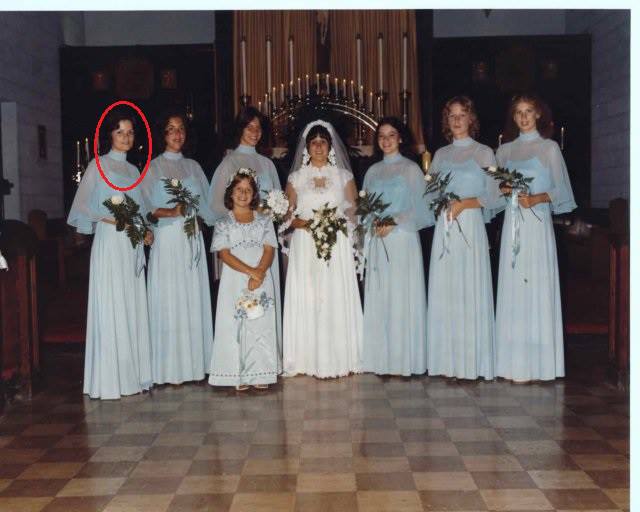 You know what else is funny? [Funny interesting, not funny ha-ha.] The things that people remember about each other.

When Deborah first got in touch with me, a couple of months ago after first tracking down my ex-brother-in-law on LinkedIn and who gave her my contact information, I received both a voicemail and an iMsg to the effect of:

Hi there! I'm trying to reach you! It's Deborah here. You know, the one who could fry you an egg and not break the yolk? And the one you let try on one of your contact lenses to see if I'd be able to handle getting a pair of my own?

Fortunately, I remembered her name, because I certainly didn't remember those two things that seemed to pretty much define her memory of me, or at least what she thought would be the thing that I would most remember about her.

In reality, I remembered neither of those things. If I had to identify what I most remember about her, well, it would be those two things I opened this blog entry with: she was Donna's roommate in college, and she was a bridesmaid in our wedding. More likely, I'd've remembered two of the guys she dated during that time—Tom and Andy. Things that make you go, "Hmmmmm."

And to take this interesting phenomenon—what it is that people remember about each other—one step further, when I told my sister, who was in college for a year or so at the same time as us, about this reconnection, her comment was:

I had totally forgotten about this, but that's what my sister remembered about Deborah.

They looked enough alike (which is to say they both had very dark hair), that such shenanigans took place, probably in an effort to get my sister into the bars so she could go disco dancing with me, as it was the late 70s and one club in Greenville had installed a Saturday Night Fever-like dance floor:

Have you experienced this phenomenon with anyone you've reconnected with? That they remembered something very specific about you that you'd either forgotten or didn't have as a significant memory? Do tell.

~Tuesday~  Tonight I watched the 2007 film Broken English, which is the final film of five that I'd decided to watch from a list (of 50) called "The Best Movies You Never Saw."

Bob was kind enough to request this film for me in his NetFlix account, for which I'm thankful.

I really didn't know any of the actors in this movie, although I've heard of a few:

Synopsis: Nora Wilder is freaking out. Everyone around her is in a relationship, is married, or has children. Nora is in her thirties, alone with job she's outgrown and a mother who constantly reminds her of it all. Not to mention her best friend Audrey's "perfect marriage." But after a series of disastrous dates, Nora unexpectedly meets Julien, a quirky Frenchman who opens her eyes to a lot more than love.


My thoughts and observations about the movie: