~Monday~ I attended Moral Monday again today, starting off the same way I did last week, with a drink at The Borough, while I waited for the R-Line bus to make its way to my stop.

I wanted to see the process from a different angle, and I focused a little more on the signs this time.

The crowd seemed to be at its biggest today, but it always looks fairly small in these shots from up on the balcony of the building: 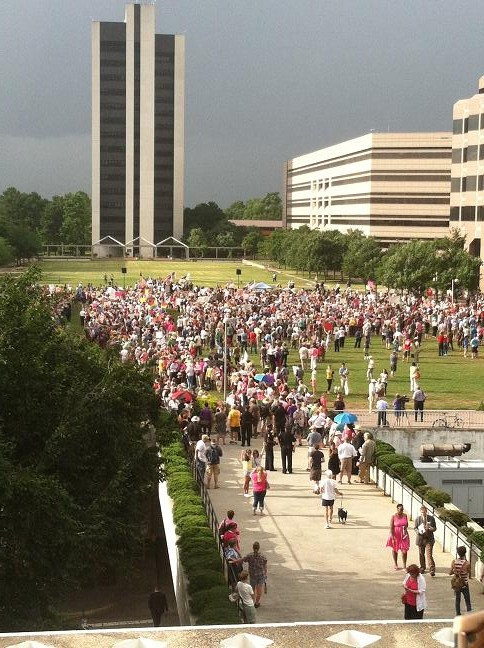 I thought this was the most clever sign of the day, and when I posted it to Facebook, I captioned it, "Some people wanna talk about it." 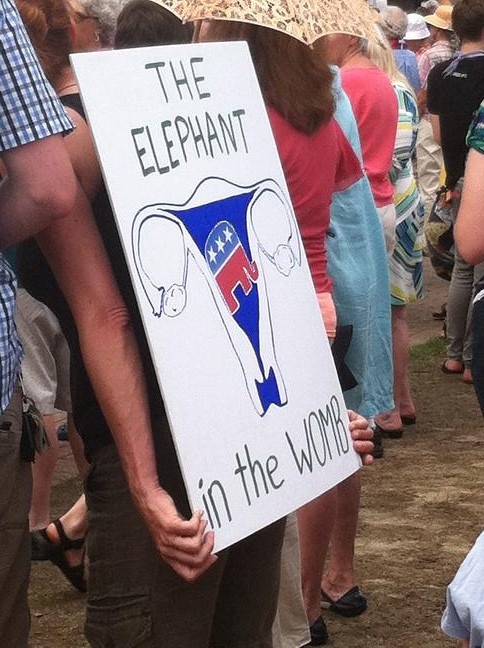 The next one that caught my eye was this one, which made me glad I was there again: 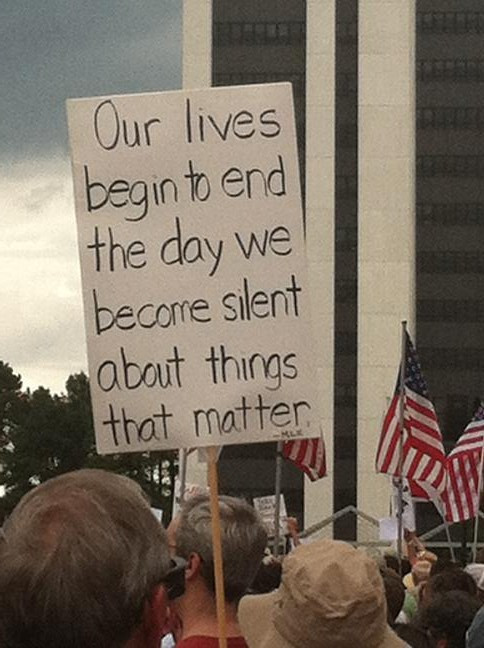 First they came for the communists,
and I didn't speak out because I wasn't a communist.

Then they came for the socialists,
and I didn't speak out because I wasn't a socialist.

Then they came for me,
and there was no one left to speak for me.

When I first arrived and glanced through the crowd for a place to gravitate toward, I smiled when I saw "the flags of my people": 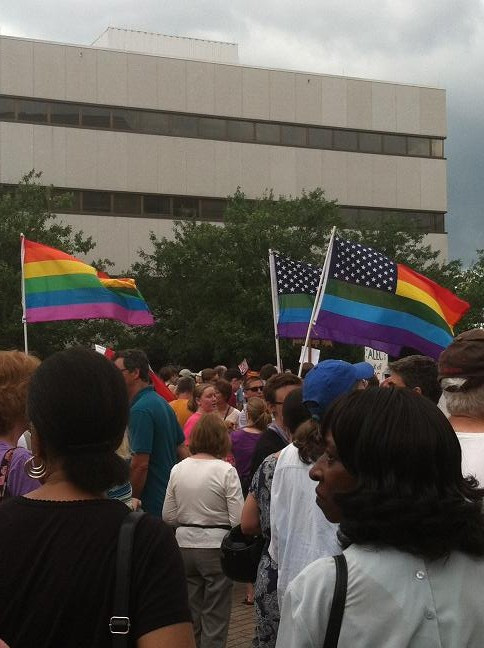 This was my second favorite sign of the day, which I liked mostly for its use of "IM-speak": 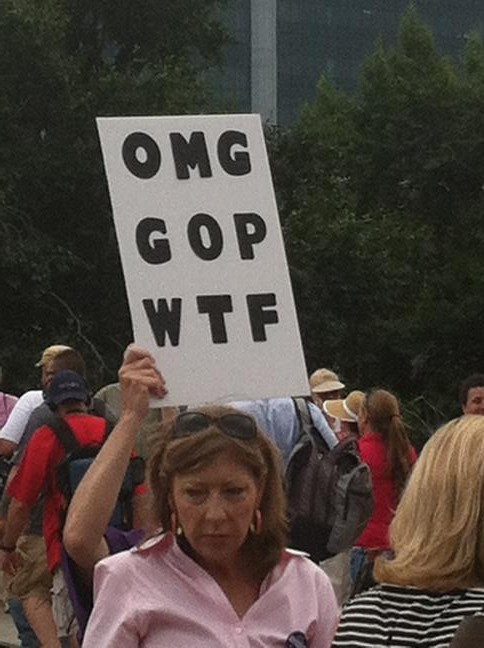 I didn't have a good view inside the building today, and I was happy to let other first-timers have the front view this time. Instead, I actually looked inside the chambers, opposite each other in the rotunda and took a couple of pictures of those.

I don't know which group meets in which chamber, but I took this one first: 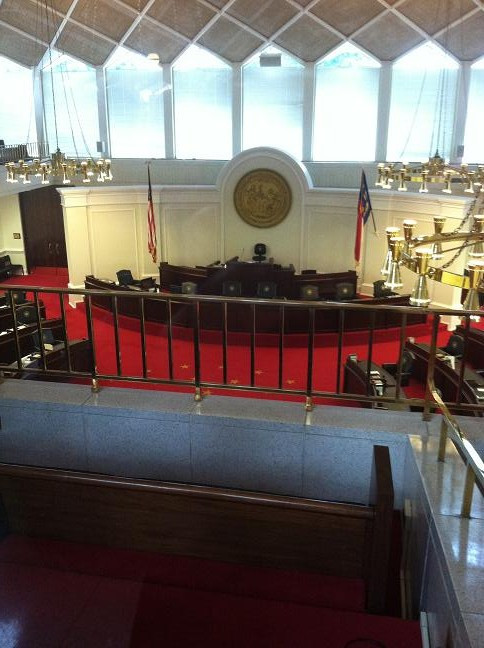 Although the chamber was completely empty, this sign was in its window facing out: 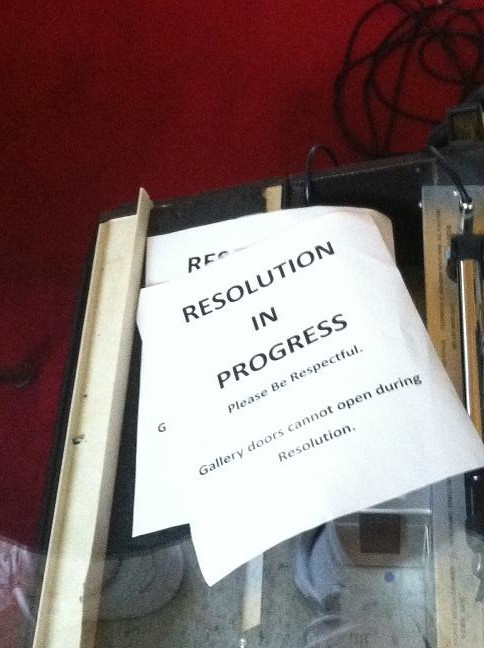 Directly across from that chamber was this one, in which two unidentified people were sitting: 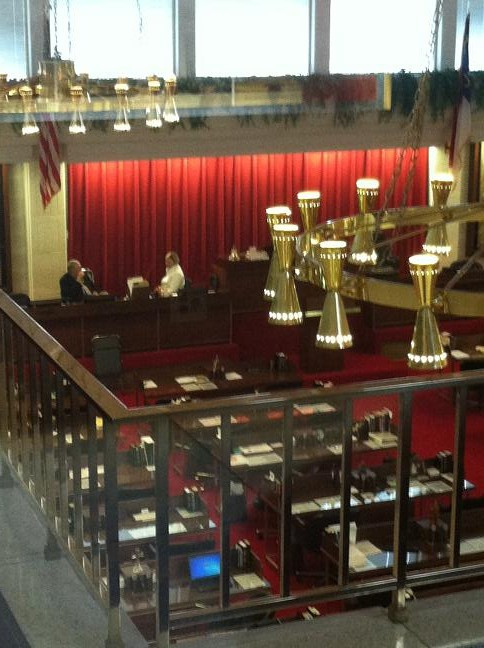 This chamber was also empty, with the exception of the two people in the picture, and it had this sign on the doors. I was also trying to capture the list of names electronically lit up on those boards to the right, but they turned out unreadable in the picture: 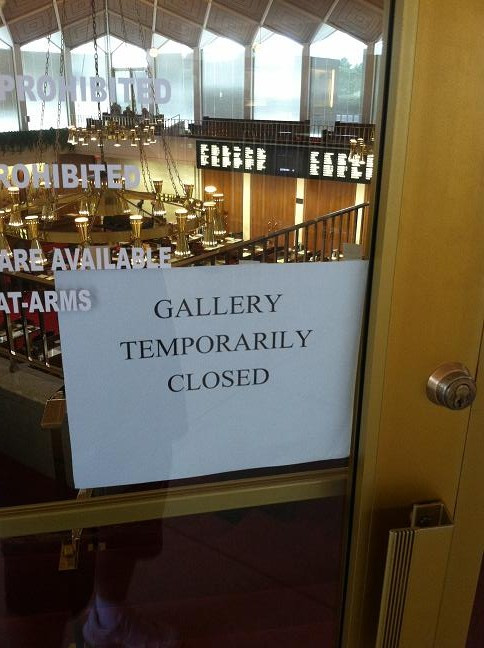 I left just as the folks who were going to be arrested today started filling in on the third floor. My friend, Kevin, is in town this week on business from Seattle, and I was meeting him for dinner at The Borough, so I took the R-Line back there.
Collapse