~Wednesday~  Ten years ago today I began the first day of the four-day ride of my life—the Tour de Friends AIDS Ride.

Along with my friend, Joe, I rode my bicycle from Raleigh, NC to Washington DC over the course of four days, raising $4,000 for AIDS research. 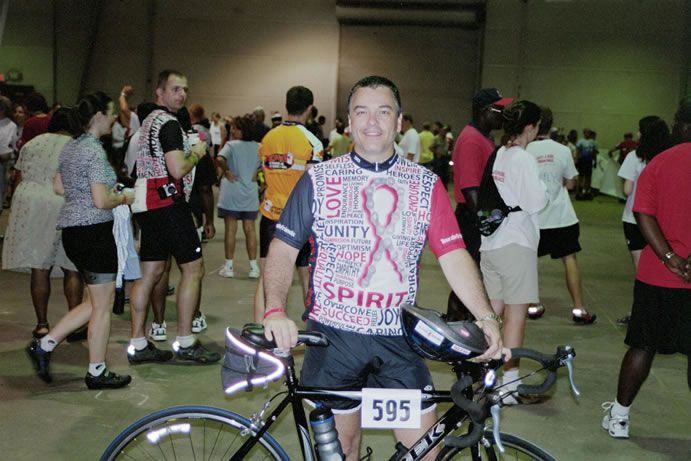 Over many, many years of my life I contemplated getting a tattoo, but until that ride, I had no idea what design I wanted tattooed on me.

I fell in love with the logo that's in the middle of the shirt I have on in that picture above—a bicycle chain formed into the AIDS ribbon.

That decided, I still wanted to be absolutely sure about inking my skin for life, and finally, about a year-and-a-half ago, I decided to do it and where I wanted to put it on my body.

Earlier this year, I decided that it would be neat to get the tattoo done on the 10th anniversary of the ride. And that's how I ended up at Blue Flame Tattoo & Piercing at 5:00 today.

My friend, Jen, accompanied me, and actually held my hand for the first few needle sticks, until I thought, "Hmmm. This isn't as bad as I thought it would be." Thanks, again, for being there, Jen.

I'm getting it on the outside of my left leg, just above the ankle. Here is a shot of what it looked like at about ten minutes into the procedure, when he'd finished the outline of the design: 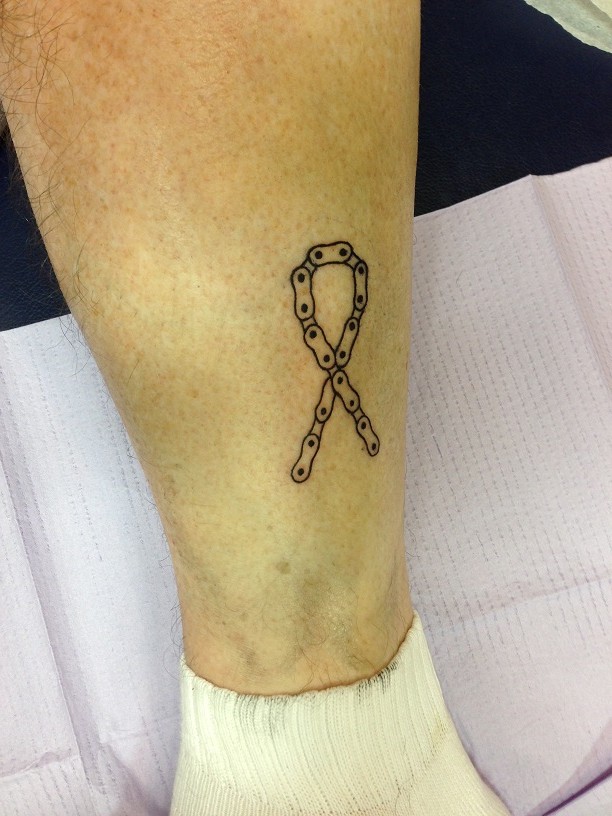 And at about 20 minutes in: 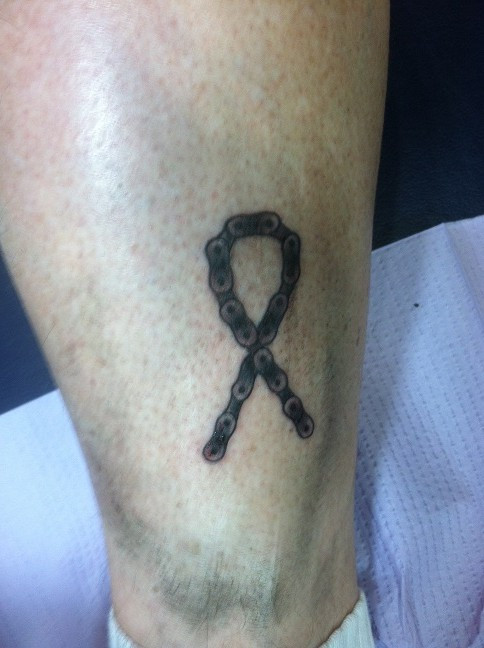 And when it was all said and done:

I am really, really happy with it.

My artist, Scott, commented that he was happy to be able to do something new with a ribbon. He's done a lot of ribbons—especially breast cancer ribbons—over the years, and he acknowledged how important and meaningful they are to people, but as an artist, it was just nice to do a ribbon with a different design.

At home, I toasted myself for finally getting this done: 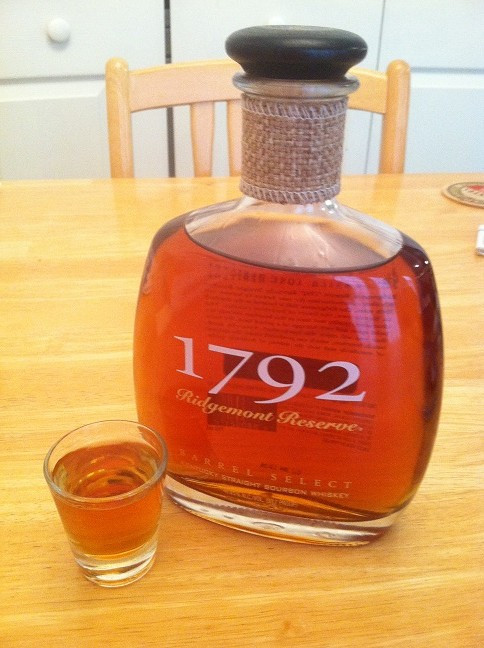 Later in the evening, after a couple of drinks at Fifteen for happy hour, and then one more over at Legends while line-dancing, I was feeling pretty good. This was my Facebook status update before I went to bed:

Thanks to all of you and your kind comments and fun around my tattoo today. I'm in a very good place right now. It's nice to have some closure on something I've been contemplating for 10 years. And tonight, 10 years after the first day of the ride, I'm glad to be sleeping in my own bed instead of a tent, and before I fall asleep, I'll pause to think about those for whom I rode, some of whom are no longer with us.