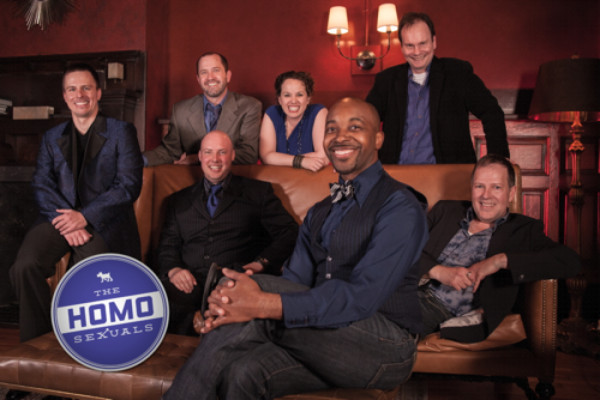 Synopsis: When Evan, a young gay man, first arrives in the city, he encounters a group of friends who welcome him into their family and change his life in ways he could never have imagined. A sexy and funny tale for anyone who has ever fallen in love with a friend.


I thoroughly enjoyed this play, which spans a ten-year period, from—2000 to 2010—with its story being presented in a reverse chronological order, thus:


There were so many themes touched on in this play, which quite frankly, is the hallmark of all plays staged by Manbites Dog Theater company. Theirs are plays that make you think. And think again. And think some more—days afterward.

Here are some of the themes explored that stood out for me, none of which contain any spoilers:


I'm happy to say that the last two themes are only, really, lightly touched on, which to be honest, was a relief. It's not that those two things aren't important, haven't had a huge impact on a lot of gay people's lives, or aren't still happening, it's just that they've been done—a lot—in both plays and film.

For the complete performance schedule, a short video ad for the show, the actors performing in it, and for information on how to purchase tickets, visit Manbites Dog Theater: The Homosexuals.
Collapse