~Thursday~  I got up at 9:30, and the first thing I realized was that I had left my bathing suit out by the hot tub. Fortunately, although surprisingly, it was still wadded up on the edge of the hot tub, in spite of guys doing some work in that area this morning.

Taking advantage of the complimentary breakfast that's offered each day from 8:00 - 10:30, I enjoyed a bagel with cream cheese, a hard-boiled egg, a banana, some yogurt, some orange juice, and a cup of coffee. That's my story and it's sticking to me. 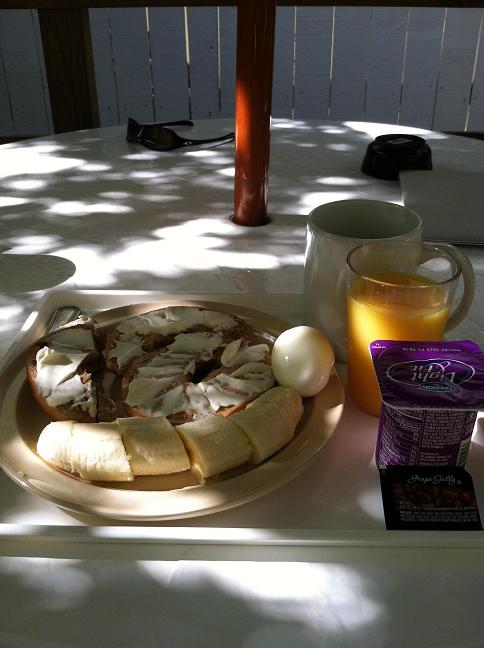 Today was Joe's birthday, and I gave him his birthday present at breakfast, instead of waiting until later in the day, for two reasons:

Here's a "fake" look of surprise that I asked for before he actually knew what was under all the wrapping: 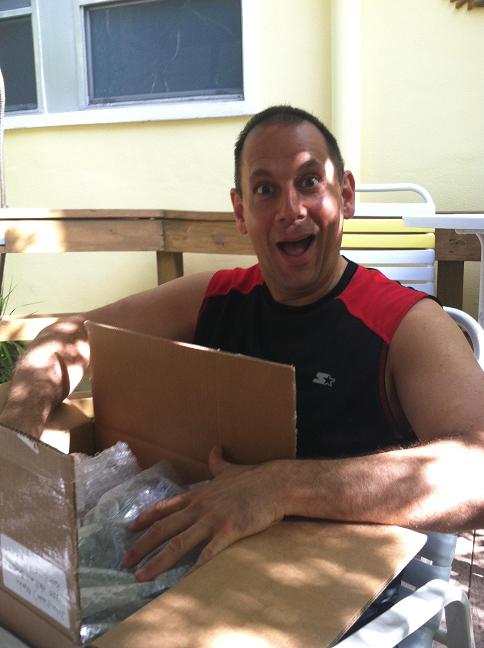 And this is when he realized that this box was filled with candy from a tiny, little, sole-proprietorship type shop that makes homemade candy, called Adkins' Candies, in Conneautville, a little town littler than Erie, Pennsylvania, where he grew up. 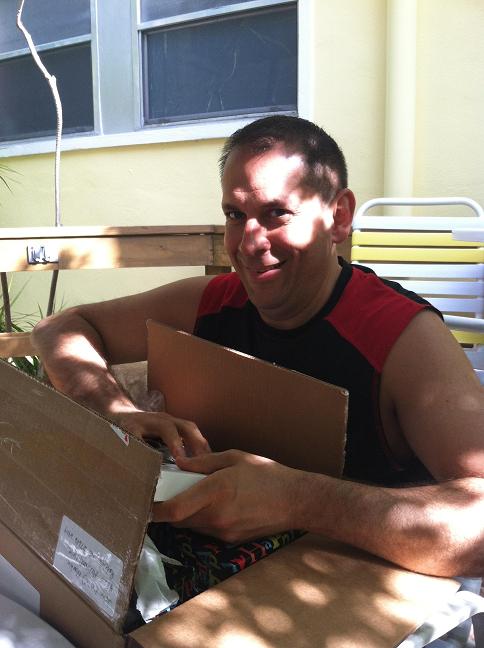 And finally, a look of genuine appreciation for the gift. 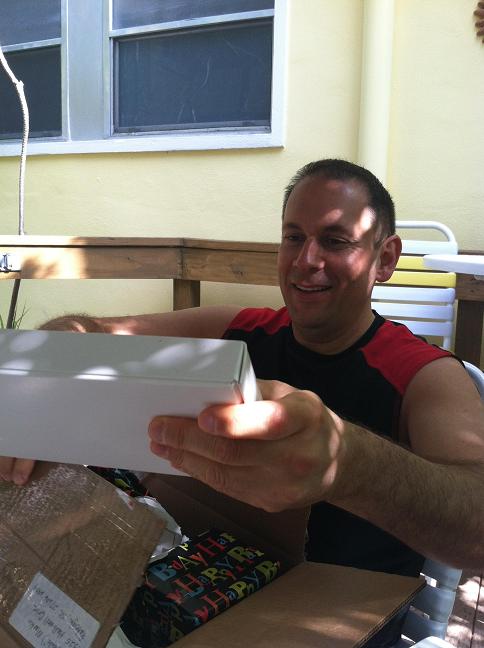 At a little after noon, Joe grabbed a couple of the resort-provided beach towels, and I grabbed an umbrella and a chair—also provided by the resort—and we headed to the beach, which was just two or so blocks away.

We spent an hour there—Joe in the sun, me under the umbrella, reading some of Merry Christmas, Alex Cross.

After that, we had lunch again at Le Marche, today sitting on their outdoor tables facing the ocean. I tried their Parisien, which was described as: butter, ham and Swiss cheese, on a baguette. It was most delicious.


Later in the evening, we caught a cab back to Wilton Manors, where we had dinner at Tee Jay Thai and Sushi. It took a while to be served, but they brought us a complimentary soup—some broth with tofu in it, essentially—which wasn't bad, per se, but wasn't great either. I ate less than half of it.

Joe had some kind of sushi and I had some beef stir-fry. It was good enough, but nothing to write home about, and I probably wouldn't go back there—unless I was with a hot guy and he wanted to, of course. With that said, I didn't at all regret eating there.

On the advice of John, who we met last night at Bill's Filling Station, Georgie's Alibi was the place to be tonight, and it indeed was. It was butts-to-nuts with menses up in there.

We stayed at Georgie's the entire time, and caught a "threes" taxi home when it was time to go. They had two main taxi services serving the areas in which we traveled while there—both with an area code of 954, with one of the rest of their numbers being 777-7777 and the other being 333-3333.
Collapse