~Sunday~  I've mentioned here before that as part of our assignments for this graduate level Games & Learning Design Course, we have to play games—six of them to be exact—and do "game journal" entries about them.

At one point in my life, I spent a lot of time playing this game: 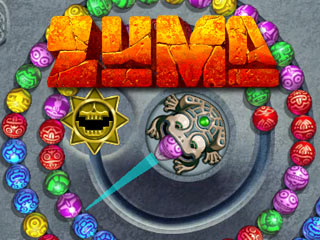 It's probably been about 10 years since I played it, which I did today, and here's the game journal entry I wrote about it.

Brief Narrative
Write a brief narrative about your experience. Describe any notable issues that came up during the game structure (mediating, group, materials) and playing the game (cheating, confusion, quitting).

I remember spending a lot of time learning to play this game well, whenever I played it many years ago. I really don’t have a good feel for when I played, but it wouldn't surprise me if it was even as much as ten years ago.

I was surprised that I had completed yet another stage whenever one ended. I really expected to be eliminated a lot sooner than I did. It wasn't until my arm started hurting that I looked for an opportunity to stop the game, and that’s when I first noticed the “Hit the spacebar to pause” instruction, which was presumably there all along.

In terms of “intellectual inquiry” while playing, this is the first time I've played thinking of myself as a “first person shooter,” as well as trying to be cognizant of any “educational opportunity” I might be availing myself of while playing. Aside from “keeping my mind active,” and “exercising manual dexterity,” I can’t think of a lot, and I’d rather be getting those two things from something other than playing Zuma.
Collapse