From 7:00 until 11:00 this evening, I attended Salon XXXV, for which Kim (who usually Skypes in from Salt Lake City) was in town, so instead of meeting at Anna's home, we met at Salon Headquarters, also known as Mitch's Tavern.

Here are the agenda items I'm willing to make public, and my answers along with them.

If you were a ghost, where would you haunt? Would you choose a place you love? Be relegated like some ghost cliche’ to a place where you've got some unresolved matters? Would you keep a low profile, or make your presence known, perhaps by occasionally running out and spooking people? If you had to pick only one place to haunt for eternity, where would that be? Other ghastly, ghostly thoughts?

I’m not exactly sure where I’d want to hang out, but I would like to have these official ghost powers and abilities:


What's your "favorite" (i.e., you like to hear it or you like to use it or it most resonates with you) cliche? Which one(s) grate(s) on your nerve the most? Are there any that you just don't get? Inspired by: In praise of the cliche.


Your thoughts on non-standard resumes? http://pinterest.com/dzhmurkin/cool-resumes/.

I think they can be a double-edged sword. If you’re going to use one, it’d better be very, very good. I also think that the more popular they become, the more unfavorable they will become to employers.


Thoughts on the "evolution" of the library in response to Peter Mandel's article in the Wall Street Journal "Welcome to the Library, Where Shushing is Overdue." I downloaded both articles as PDFs and have attached them here. An aside: if you do a Google Search, the article shows up. If you have a direct link, it doesn't. Interesting. Veerrry interesting.

Peter Mandel: Welcome to the Library, Where Shushing Is Overdue - WSJ.com
Check These Out at the Library: Blacksmithing, Bowling, Butchering - WSJ.com

Late to the pile-on (can you tell I'm cramming for tomorrow?), but here's one my sister sent a while back. Quiet, as she said, is the new black. Bring back shushing librarians www.salon.com

I certainly understand that the evolution of the library as a destination is necessary to preserve its very existence as an institution. I like the models of the New York Public Library, and DH Hill and The Hunt Library for that matter, where there are “traditional” areas of the building and “modern” areas of the library.

I’m totally in favor of “shushers.”


Awardy needs a future. Our old paradigm might not be the best metric anymore. What shall we do?


Dark Social: We Have the Whole History of the Web Wrong. Did/Do you share the mainstream view of social media/The Internet? What do you think of his three assertions? How do you feel about his use of "Gchatted" and "FWIW" in the article?

Regarding his statement that “the social sites that arrived in the 2000s did not create the social web, but they did structure it,” I would argue that more than that, it made it visible in a way that the average user could understand it.

His numbers about the amount of traffic that accesses the Atlantic’s content from “Dark Social” rings true with the measurements on our monthly OIT newsletter. We measure which articles in our newsletter are accessed and from where, and always, by a wide margin, more people access the articles from a link in their email then from looking at the online version on our website or following the links that we tweet pointing to them.

I don’t like Gchatted, as for one thing, I don’t really know what it’s referring to. Is it Google Talk, which is AKA as Google Chat? And if it is, why specify that instant message client over any other when you’re obviously talking in general terms? In fact later in the article he says, “There's no way to game email or people's instant messages,” so why not just use “instant message” throughout?

I didn’t mind his use, didn’t even notice it really, of FWIW, as to me that’s as popular as BTW. Or is your point that he used an acronym, or “chatspeak” in the middle of an article like that at all?


Everyone's thoughts on women in combat. I'm particularly interested in Anna's thoughts on this article: Why women soldiers don't belong on the front lines.

I’m all for women in combat. There have always been men who are not as strong as others, and not as strong as some women, and they were allowed in combat. My feeling is that while strength is certainly one variable, it alone should not be a deciding factor.


The Gargantuan Muffin Beauty Contest — first thoughts, second thoughts, would you/did you read it more than once, did you/did you want to look up all the strange references, did it make you want a muffin, if so what flavor, and/or other actions/reactions brought on in the aftermath... 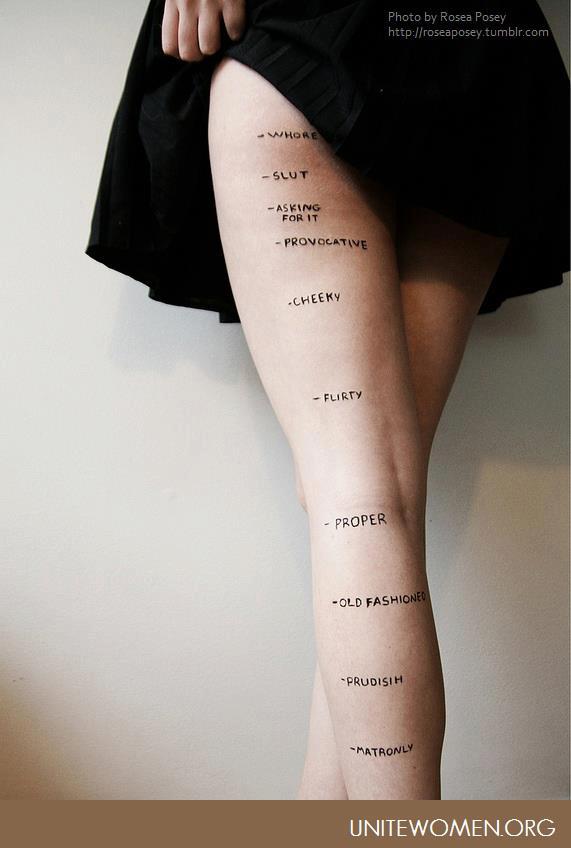 I think it works as a judgmental infographic.

In what probably comes as no surprise to anyone here, I’m ambivalent about this. What if every photographer who took a picture of her asked her first?


What would you submit to the TYPO CONTEST?

Craigslist ad recently brought to my attention: “Queen size slay bed. Brown. Has a few marks on it, but a very nice bed.”


Admitting that I love Infographics, I share the following Mashable article with some trepidation: http://mashable.com/2013/01/26/infographics-marketing/. Thoughts, reactions? DailyInfographic: http://dailyinfographic.com

In the “Traditional Posts vs. Infographic Post” chart, are they saying that there are almost 10x more tweets pointing to infographics than the number of all tweets in general? I don’t understand that whole chart.

In the “Keyword ‘Infographic’” section, what do those green and brown blobs mean?

On all the charts that have them, what does that yellow thing at the end of the bars in the bar charts mean? They are always on the longest bar, but does it mean it’s “the winner,” or the data hit some “limit,” or “the is assumed to be even more than that?” Who knows?

I’ve subscribed to DailyInfographic. The most memorable one so far was the one on Superbowl Sunday indicating how many avocados would be eaten during the game that day.


”Fuck You" is meant as one of the meanest things you can say—insulting, dismissive, ugly... HOWEVER "I want to fuck you" could be a good thing (if said in the right way in the right situation). How can it be BOTH so bad and so good?

This reminded me of “That’s the shit,” which some time in the past year a young person I was saying something good about an Apple product to said in response, and after about three sentences into defending Apple, I realized the person was agreeing that it was a good product. Moral of the story: “Shit changes.”
Collapse