~Thursday~  So, it's been a little over a month now since I started using my Fitbit, and as those of you who know me well know, I can't go much longer without doing something with the data it's collecting on me.

I'm pretty sure I've worn the device every day, but there were five nights during this period that I didn't wear it to sleep.

I really bought this device to help keep track of my walking, but I did find the sleep-tracking functionality that it offers most intriguing, as there were two things that I wondered about my sleeping habits that I thought this device might help me explore:

So, do the statistics support these perceptions that I had?

As you can see, my average time to fall asleep is 7.5 minutes, so I overestimated how quickly I fall asleep. With that said, however, I am incredibly grateful for how relatively quickly I do fall asleep, as I have several friends on Facebook who routinely deal with insomnia, and it really sounds exasperating. I particularly love the four data points of 5 minutes or less. 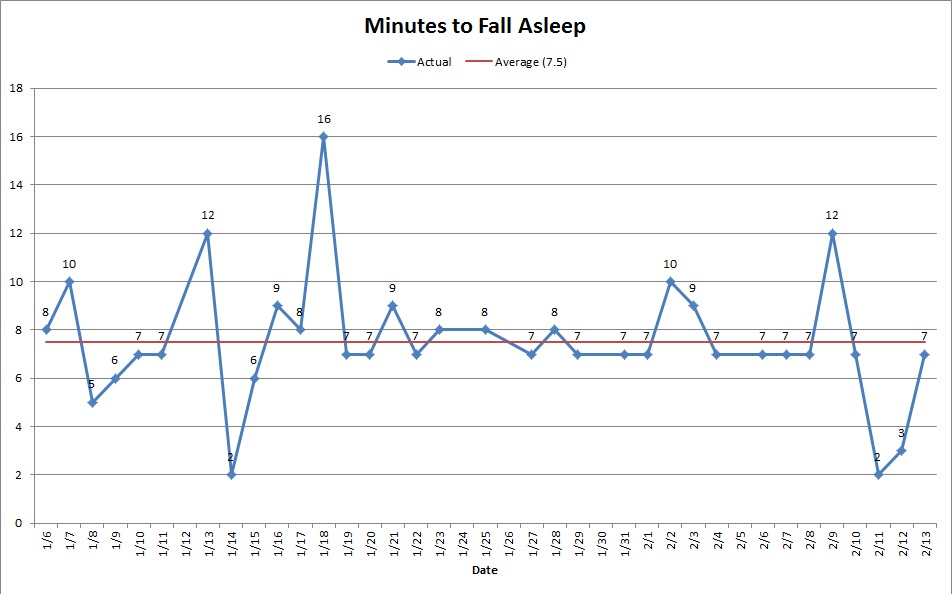 I was actually pleased to find that I underestimated the number of hours of sleep I get each night on average, but it's still not where it needs to be. I really need to work on reducing the number of data points that fall below the 6-hour mark. 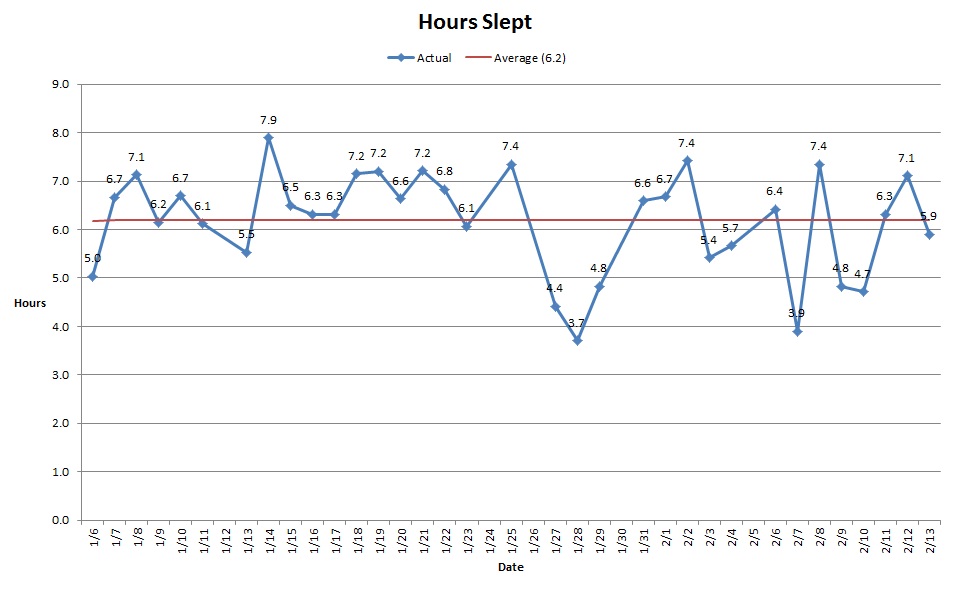 Of particular interest is this next set of data, which was something I'd not really thought of before I got this device. If you had asked me how often I wake up, on average, during the night, I would probably have answered, "Three, or four times at the most."

This was how I would have described it: "Most of the night I sleep on my back. I would estimate that I wake up three times during the night, once to roll over onto my left side, always to that side first, and then I fall back asleep right away. After a couple hours I wake up and turn 180° to my right side, always that side next. And then, a couple of hours later, one final time to turn back on my back for the rest of the night. Oh yeah, and there's a good chance I'll get up to pee during that third wake-up."

Well, the reality of it all is a little startling, as you can see. I wake up, on average, eleven times per night! However, since my "sleep efficiency" (which is shown in the last graph) is consistently high, I must fall right back asleep after most of these calculated times "awakened." 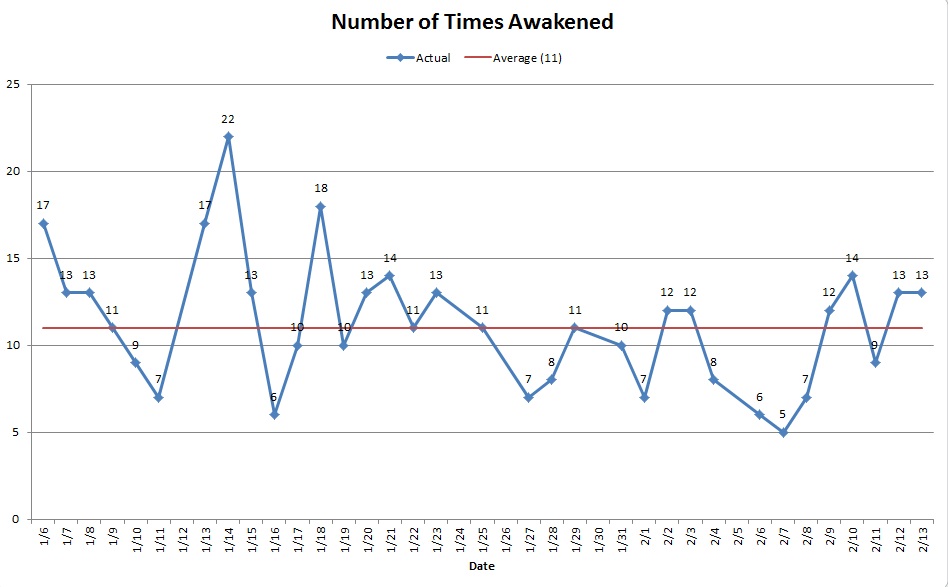 And finally, there's this cloaked-in-secrecy "sleep efficiency" number that gets reported, and whose algorithm for calculation is not explained anywhere by the Fitbit folks, nor anywhere else with authority on the Internet that I've been able to uncover. There are several "theories," however, but I'm not too interested in people's speculations.

To that end, I just use it as a "relative" indicator. In the 90's seems good, and as long as my average stays in that range, I'll pretty much ignore this indicator. With that said, I would welcome a clarification from Fitbit about what it's supposed to be telling us. I mean they don't have to tell us how it's calculated, per se (But why not?), but at least provide some heuristic as simple as, "91-100% is healthy," 81%-90% is healthy, but you should seek to improve," and "80% and below may indicate a potential sleep disorder, such as sleep apnea or insomnia." 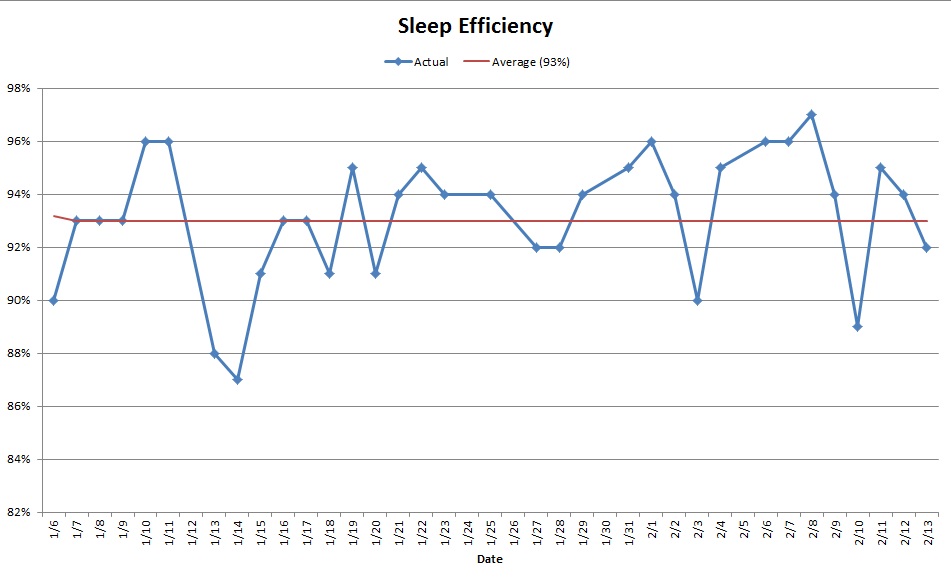 So, what's a guy to do? Here's a place to start: I need to rethink a lot about the time I get to bed. It's all over the map—or the clock, as it were: [Click calendar image to enlarge.] 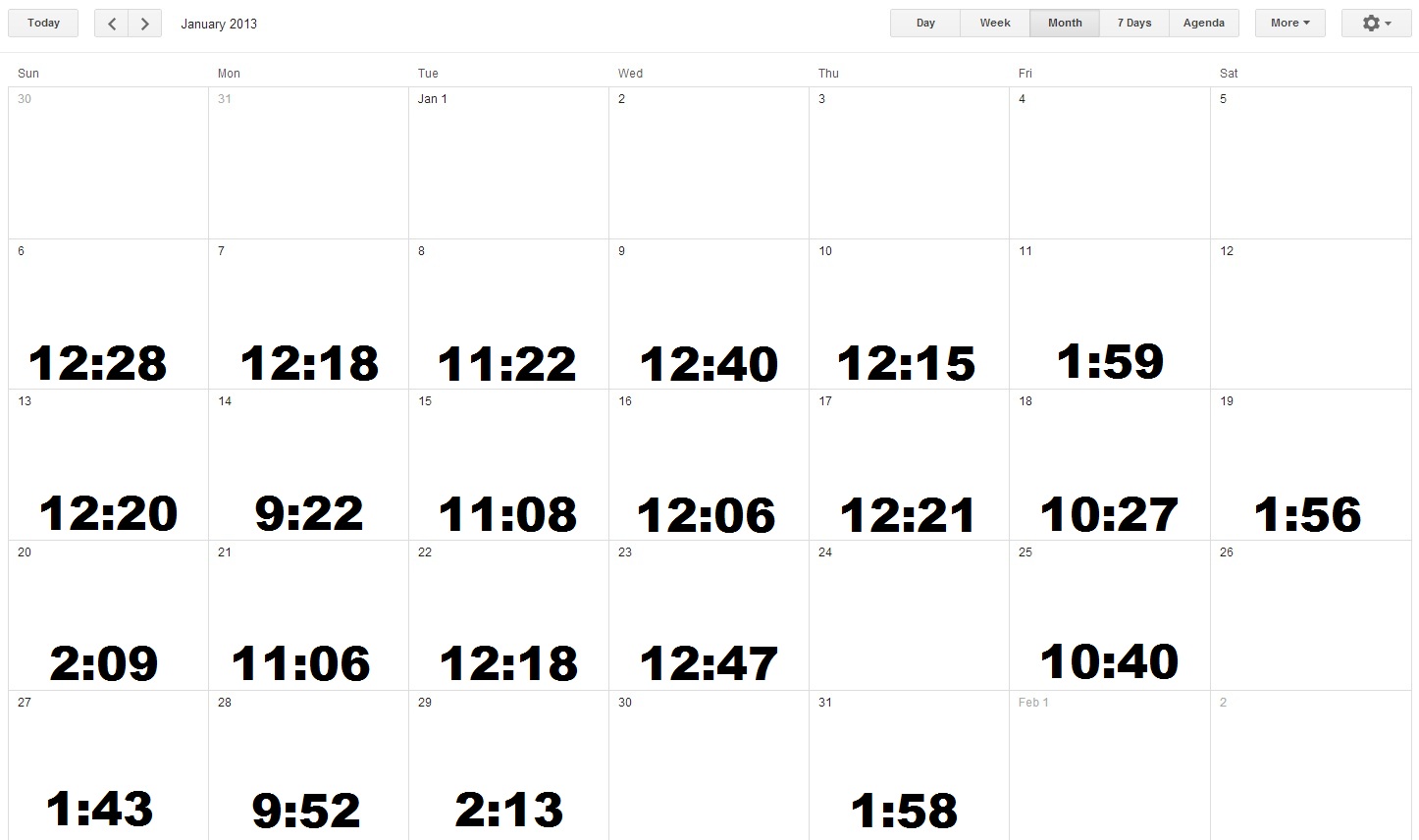 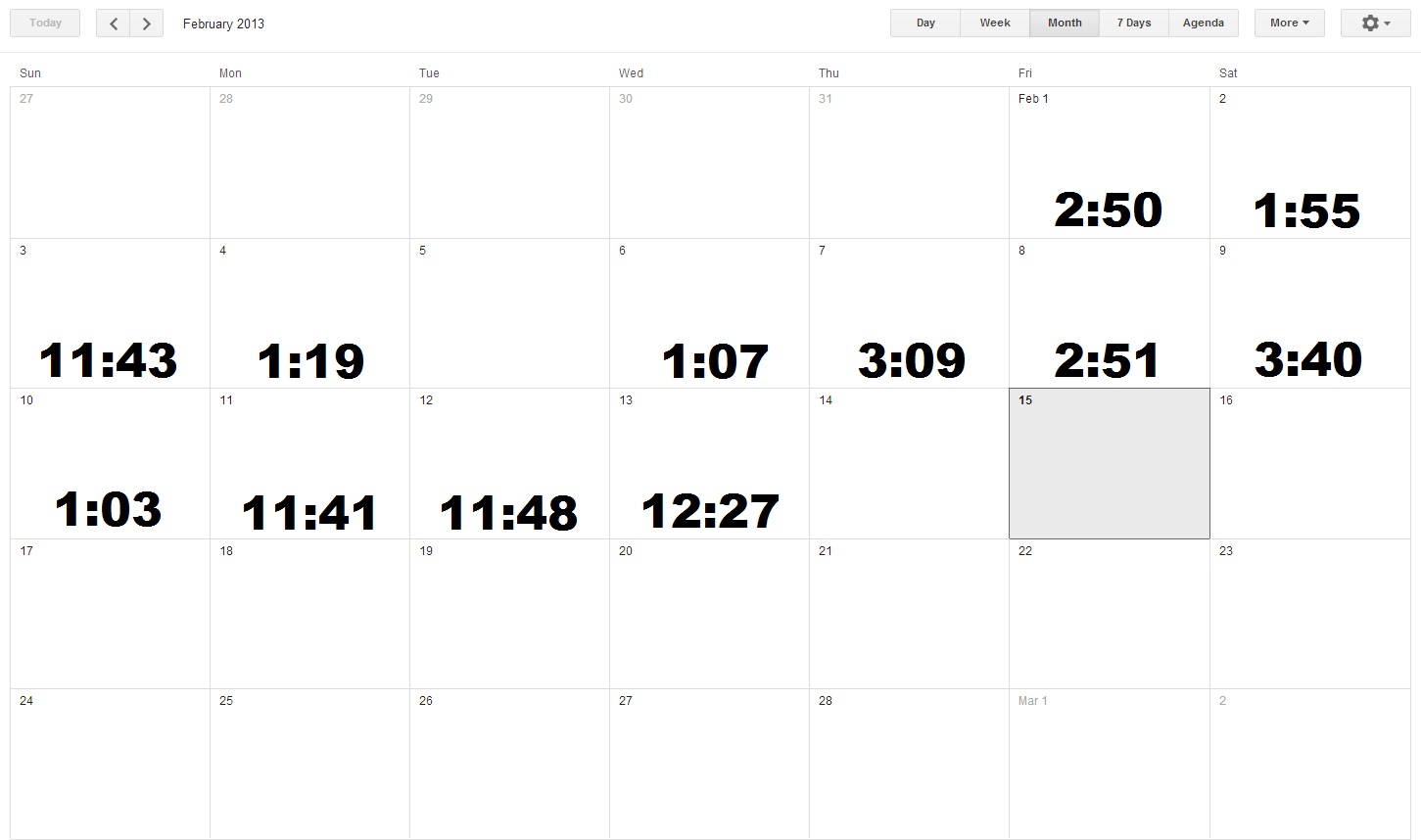