I took on the challenge of making myself walk for at least 30 minutes every day for the rest of the year.

They say that it takes three weeks to form a habit—albeit this article debunks that as a totally arbitrary number that may have come from a 1960 publication by a plastic surgeon who noticed that amputees took, on average, 21 days to adjust to the loss of a limb and he argued that people take 21 days to adjust to any major life change—but this I can attest to: A habit definitely gets formed doing something almost every day for an entire year.

With that said, I was pretty much a slug this month reaching only the minimum 30-minute walking requirement every day except one, on which I did a whole ten minutes more. Between that and the calorie intake noted in the eating section, well it's easy to see why what happened in the weighing section did.

Here are the walking numbers for every day in December (click to enlarge): 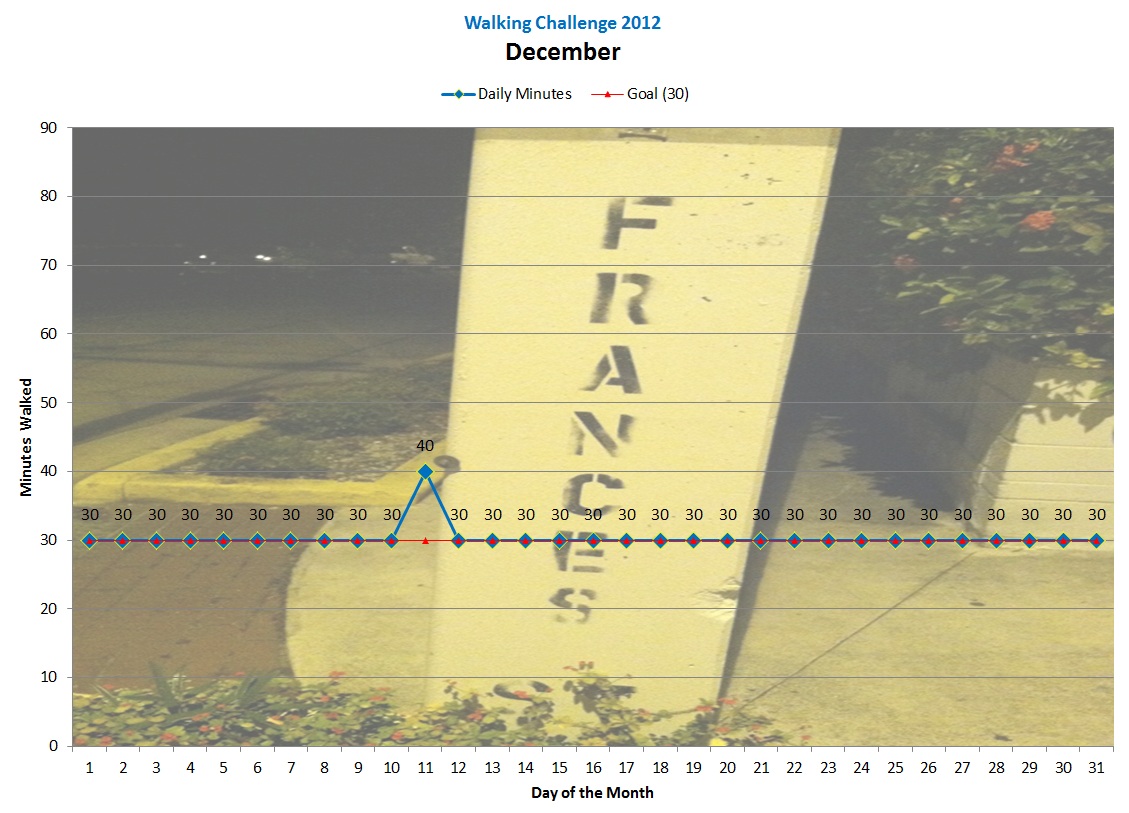 Background photo: A street name in Key West that always makes me smile, which I walked past at the tail end of one of my 30-minute walks while down there on vacation mid-December.

Full disclaimer: Several of these days, in terms of the "Cals Eaten" numbers, were estimated, as I spent so much of the day eating that there was no time to record it. 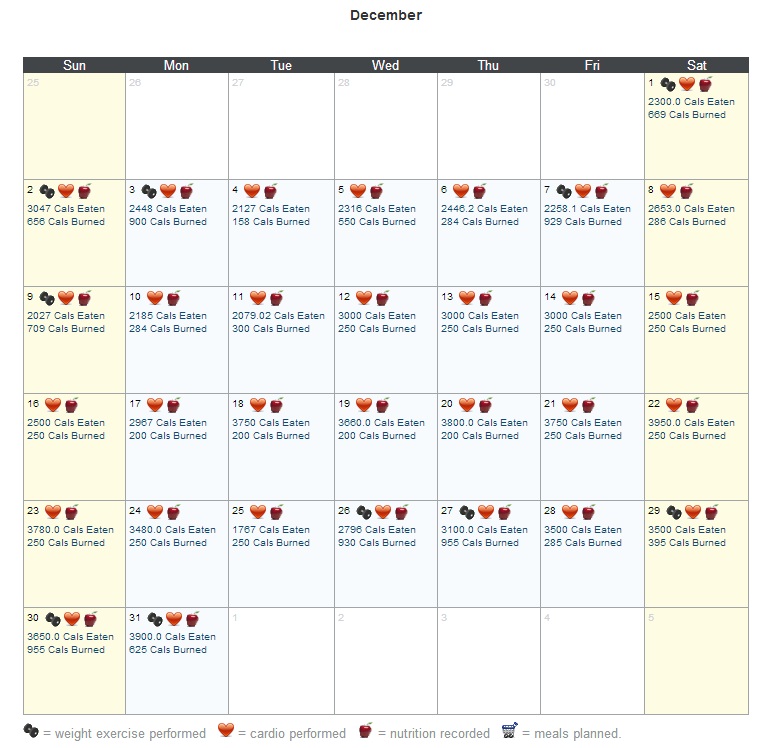 Note: The calories burned include those from both my daily walks, and for other exercise I do at the gym, 5-7 days a week, including: 3 stretching exercises, 300 ab crunches (with weights added to the bench), and then either an upper body or a lower body workout.

Trust me, it's not pretty naked, either.

Here are the official December weigh-in numbers (click to enlarge): 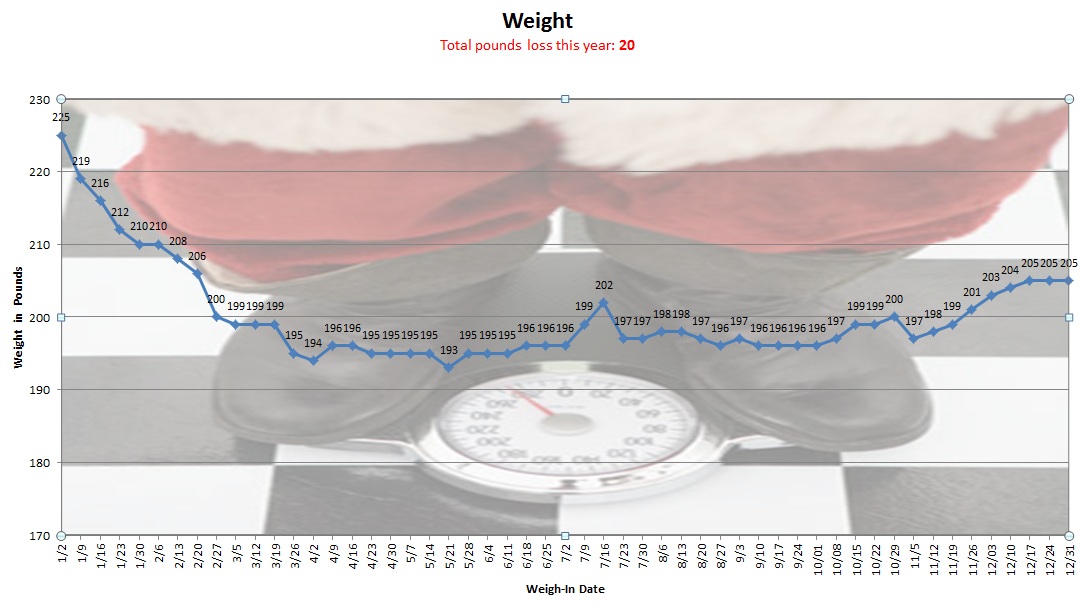 Here are some reflections about this month's experience and the year-long challenge overall: