~Saturday~ I know you only have to save paperwork for 7 years, but I've pretty much always ignored that. To the tune of having 33 years worth.

Today I had reason to try and find evidence of a financial transaction that took place sometime in the 15-20-years-ago range, and I started by laying out all of my paperwork. 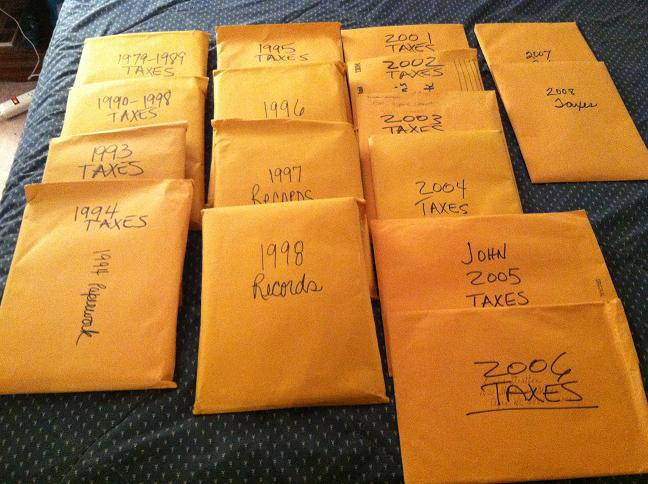 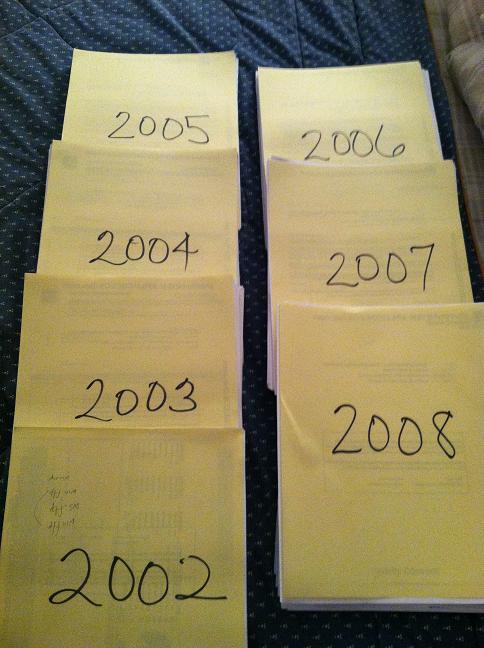 And those 2002-2008 investment stacks each contain, among other miscellaneous paperwork, my monthly statements in order by month, of course: 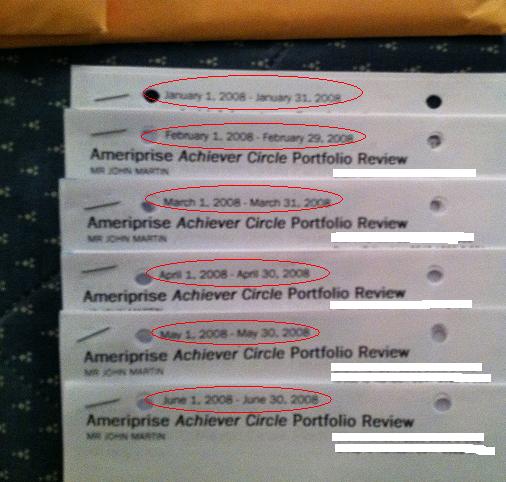 And, finally, I have a few other envelopes with various things in them: 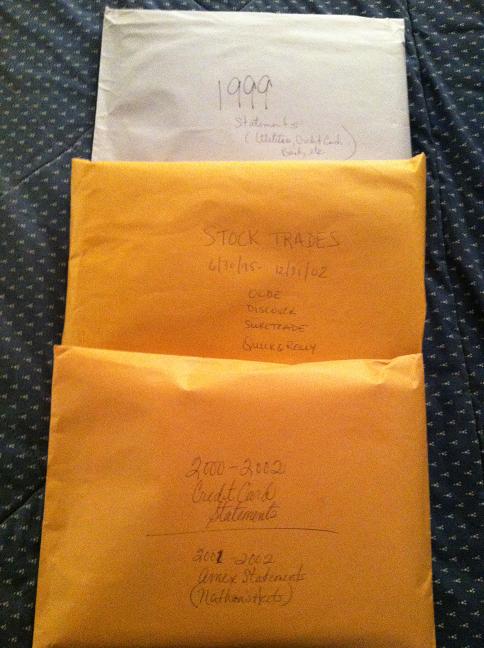 So, I knew that this transaction that I was looking for evidence of, could be identified in my taxes. It was a deduction that I took every year, so I knew when I found the year that I stopped taking it, it would mean that the transaction happened the year before that.

Starting 15 years ago, I went back each year until I saw the deduction appear, which got me to 1993. And inside that year's envelope I found a 1098 form that I think will suffice for what I need. That felt both good and scary at the same time.
Collapse