~Thursday~ Tonight I stuffed my pockets with a handful of Bit•O•Honeys and two bags of Snackwell's Caramel Popcorn, and "carried myself" (as we say in the south) to the Blue Ridge 14 Cinemas, where all movies are $2.00, and I attended the 7:30 screening of "The Perks of Being a Wallflower."

In one of those instances of learning about something one minute and then noticing it in the world the next, earlier today I read a Facebook posting from a friend that said, "Seriously, how does Paul Rudd look like he hasn't aged???" and I had no idea who he was.

Well, lo and behold what name do I see as the actors names were rolling at the beginning of this film? 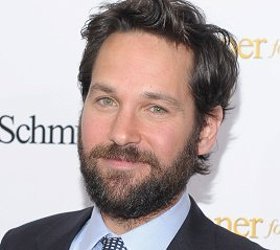 Thoughts and observations about this film: