~Thursday~ A week or so ago, my friend Jen made me aware of RedditGifts Gift Exchanges, as she was participating in their Secret Santa 2012 Gift Exchange, which was already closed to new participants. I signed up then to be notified whenever they open a new exchange of any kind.

On Tuesday, I got notified that they'd opened a new Holiday Greeting Card Exchange, which was described as: [Click to enlarge.]

The "fine print" about the exchange was as follows: [Click to enlarge.]

On Wednesday, I received this:

At a little after 10:00 that night, I got notified that the person who had been matched with me—who is not the same person I sent my card to—had mailed my card. Cool!

Today, I took my lunch time, 30-minute, daily walk between Cameron Village and my office, and while at Cameron Village, stopped in Ten Thousand Villages, and bought this $8.00 greeting card, which was handmade in Kenya and blank inside: 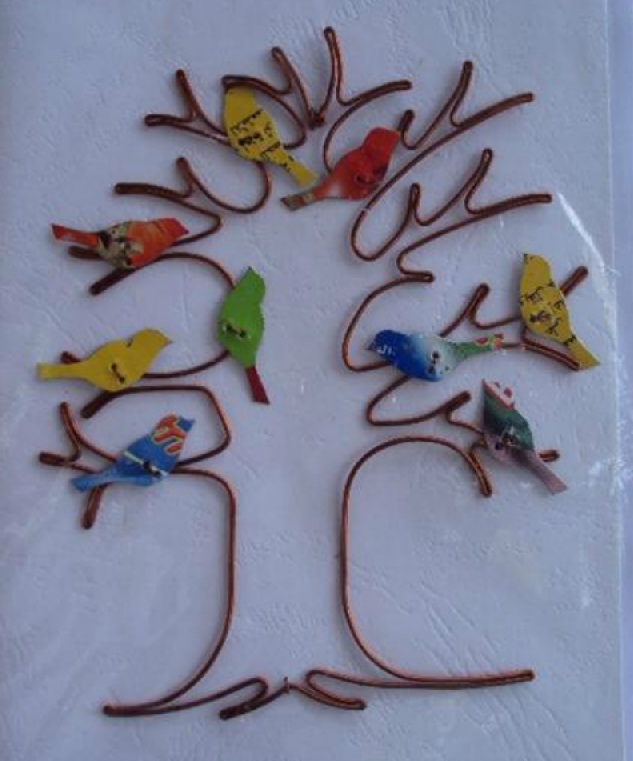 and on the inside I wrote:

There's (several) pairs in a partridge tree wishing you a joyous holiday season!

On the way home, I ran by the post office before it closed and dropped it in the mail. I was unable to use a holiday stamp on it, because they had just run out of them today, which very much annoyed me!

I can't wait for the card that's coming to me to arrive, presumably tomorrow or Saturday, unless the person matched with me was from another country, which is possible.
Collapse