~Tuesday~ We had Rhonda's (my boss's) breakfast gig this morning, and a lunch time "shower" for Garrison (a colleague) and Amy, which shower is in quotation marks because what we really had was our "Informal OCC Lunch" to which Amy was invited to join us. We did have cupcakes, provided by Jason and Erin, some ice cream and punch provided by Everette, and we presented the parents-to-be with a card and a gift card. Today was Amy's due date.

In terms of work, my day was heads down finishing up the updating of the google.ncsu.edu website for tomorrow's launch of the announcement of Google Apps coming to NC State on Monday, November 12. I stayed at the office until about 8:30.


From there, I dropped by The Borough, where I thought it would be festive watching the elections results come in, but in fact it wasn't. I had one drink there, and while I was drinking it, saw a Facebook status update from Brian Morris from the Democratic Headquarters at the Raleigh Marriott City Center, and decided to go check that out, as I've never done anything like that before.

Here are a couple of pictures at the David Price Headquarters:

The media was definitely represented 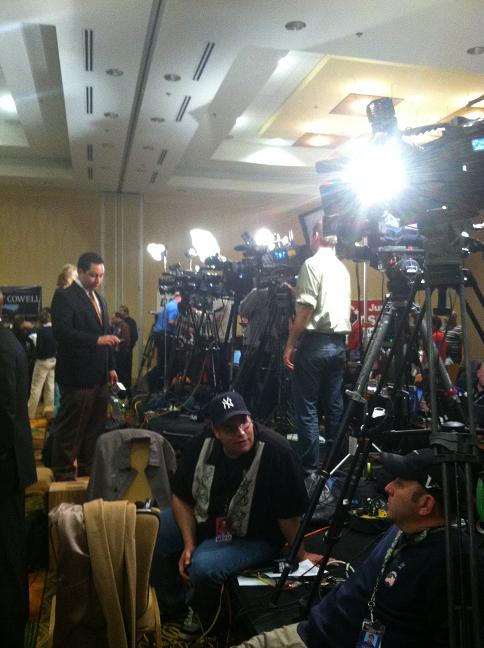 I knew I was in the right place, because there were people who didn't look like me there. 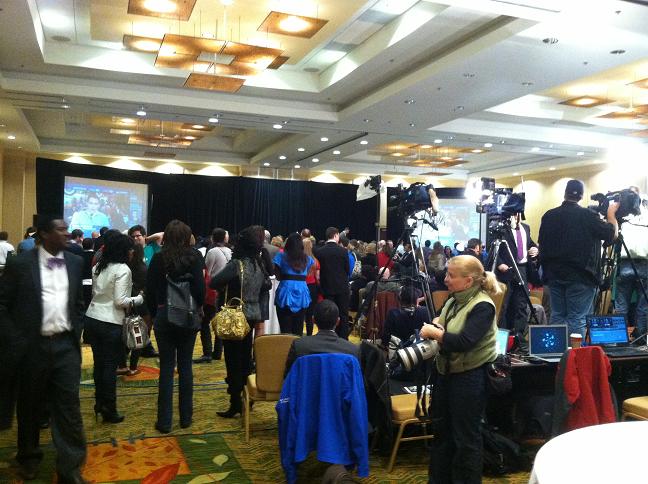 You didn't know watching her TV report, but she was barefoot doing so. 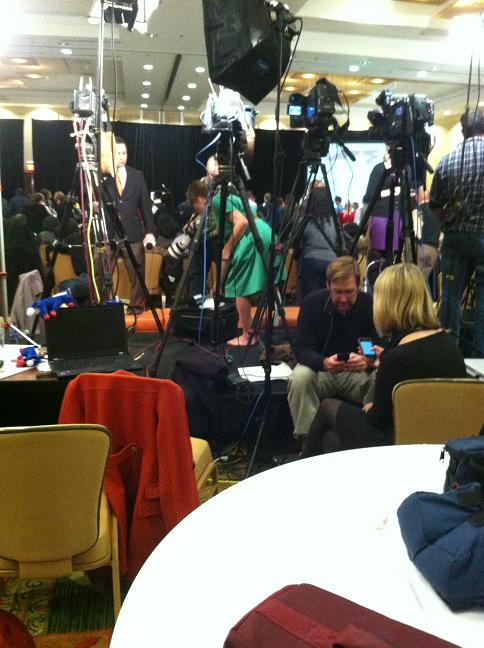 I wanted to hang out there until the presidential race was called, but I'd only had a few hours of sleep, and I'd been at work for over 12 hours, so I was beat.

Although, it was nothing great, there was a level of excitement being in a "political hub" like that, that I haven't experienced before on voting day, so I was glad to have made it a point to experience it.

That, and having early-voted for the first time ever this year, were two political firsts for me.
Collapse