October was a big month for me in that I turned 55 years old on October 13, and as a birthday present, I treated myself to the concert-of-a-life-time (for me), Barbra Streisand's Back to Brooklyn Tour in the new Barclays Arena in New York.

I also went on a business trip to Seattle at the beginning of the month to attend the SIGDOC 2012 Conference, which I attended with a couple of work colleagues (who are also my friends away from work), and during which I stayed with my friend,

cpeel, and visited with my friend

av8rdude—both good friends from my days at IBM.

As the walking chart below reflects, I did a lot of walking, both while in Seattle at the beginning of the month and while in New York in the middle of the month.

Here are the walking numbers for every day in October (click to enlarge): 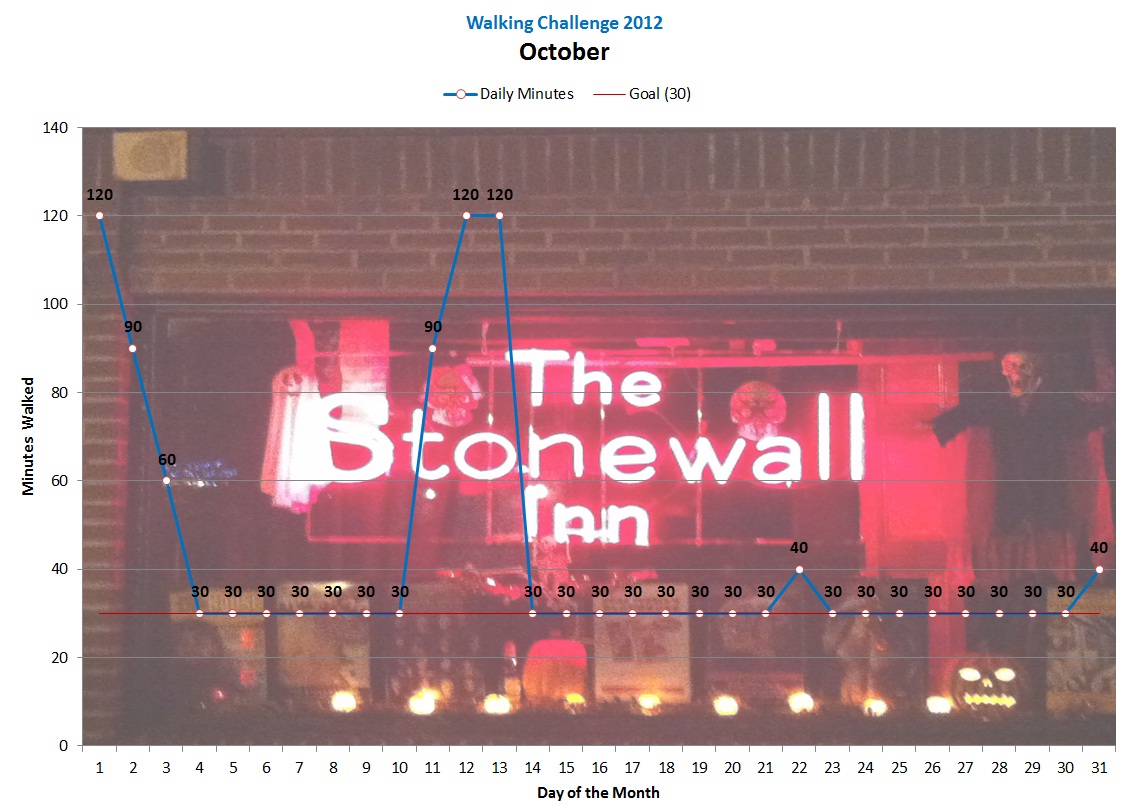 Background photo: While in New York City, I made a "pilgrimage" one night back to the gay bar in Greenwich Village that is widely recognized as the beginning of (as it was call then) "the Gay Liberation Movement." If you don't know the history of this bar, especially if you're gay, you should take a moment to read up on the bar and the riots that took place there in 1969.

As I predicted in last month's entry, but which doesn't bring me any joy in being right about, this was a challenging eating month for me.

Here's the October chart for calorie intake—a lot of which was estimated due to eating food for which nutritional information was not readily available—and calories burned. 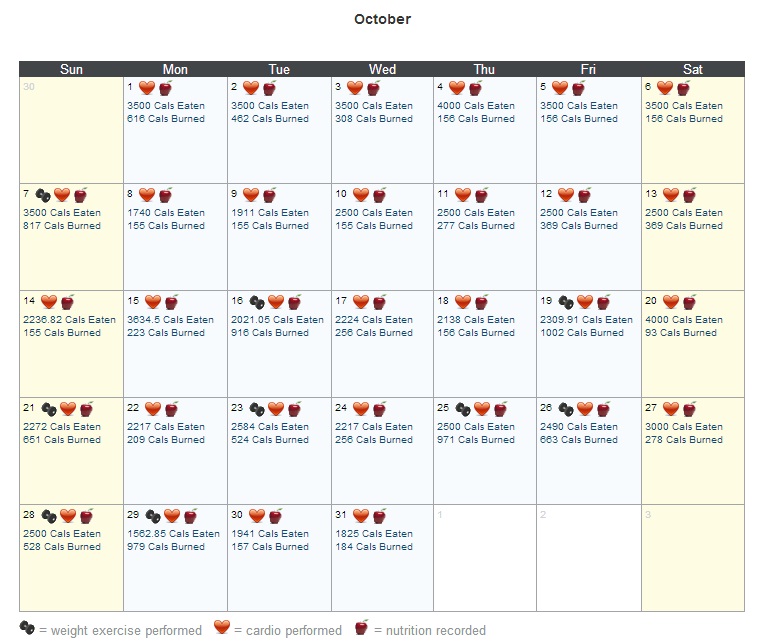 The calories burned include those from both my daily walks, and for other exercise I do at the gym, 5-7 days a week, including: 3 stretching exercises, 300 ab crunches (with weights added to the bench), and then either an upper body or a lower body workout.

Well, the background of the chart below says it all: I was a little porker throughout the month, and the scale wasn't fooled by it for a single minute.

Here are the official October weigh-in numbers (click to enlarge): 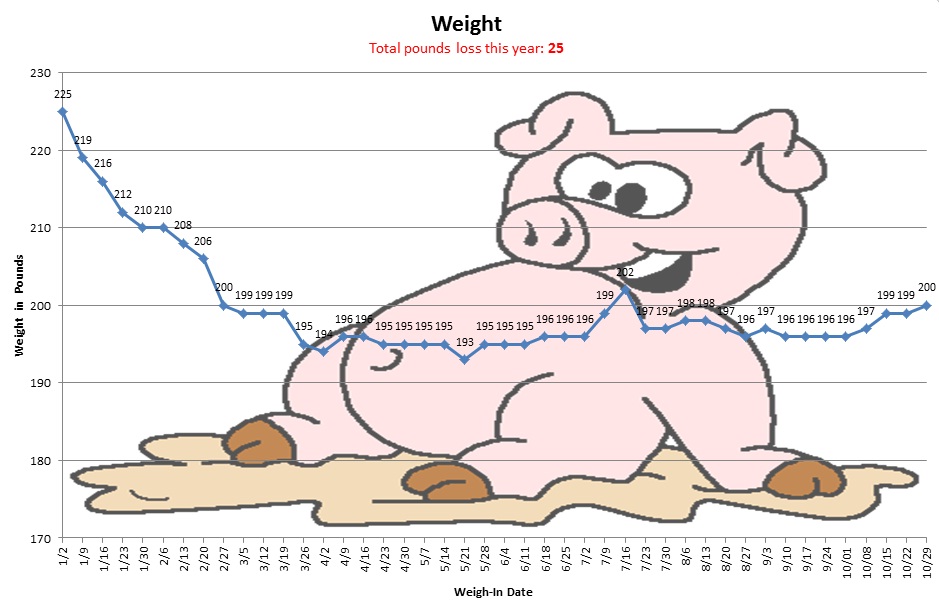 As you can probably tell from the "tone" of this month's update, I've been in a better place with all of this.

My hopes right now are that I can just stick with this for another two months of public tracking, and that just tracking privately in the new year will be a little bit easier and more encouraging and rewarding.