On Wednesday, October 7, I attended a lecture at NC State entitled, "Valuing Diversity: Lessons from Ugly Betty." I knew of the TV show and character of Ugly Betty, but before this event, I didn't know the actor's name who played her or even that she was Latina. I've seen one portion of one episode (on either Hulu or YouTube, and a long, long time ago), and I just thought she was an "ugly white girl with braces." I certainly didn't know she's won so many awards.

Needless to say, I learned a lot about America Ferrera during this lecture, and even though she essentially read her remarks, she was impressive, engaging, and funny. And it was obvious that the kids just loved her—as I would say 8 out of 10 questions from the students during the Q&A part started off with, "I love you." One guy even asked, "Will you marry me?" To which she purposefully stammered, "Uh, well, I'll have to ask my husband about that."

One girl started her question with, "You probably don't remember the tweet I recently sent you on Twitter, but..."

To which America interrupted with comedic genius timing, "Oh, you mean the one with the misspelled hashtag?" Laughter all around. Fucking brilliant.

She was asked some questions about working on Ugly Betty, "How was it, really, working with Vanessa Williams? And she was asked about a couple of her movies.

I was with my friend, Bob, whom on a whim, I'd asked if he'd be interested in going, because when I went to get my (free) ticket, they gave me two, and there wasn't much notice, and he lives fairly close to campus. I knew he'd seen the show, but I didn't realize how big a fan he was of it, having seen all four or five seasons of the show.

Bob is also a very big movie buff, so one of the first things he did after the lecture was to put a couple of America's movies in his Netflix queue, and when they arrived invited me to watch them with him. 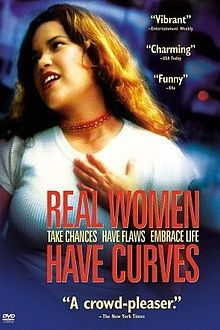 I enjoyed this, mostly light-hearted movie, but not without its exploration of some important issues. Themes I noted included: 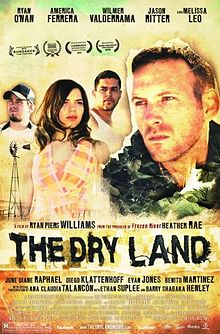 While I enjoyed this movie, I did find it hard to watch at times, having experienced a dad returned from war—three separate, year-long tours during the Vietnam War—and how the sounds of firecrackers can put him on high alert faster than seeing rice reminds him of maggots. Nonetheless, it was interesting to watch America, eight years older and in a much more dramatic role than Real Women Have Curves.

At some point, I'd like to see Half The Sky, a highly-acclaimed, albet deemed "hard to watch at times" documentary about "turning oppression into opportunity for women worldwide."


Thanks, Bob, for the opportunity to see Real Women Have Curves and The Dry Land!
Collapse