~Thursday~  I remember the first time I saw this sign, during a previous visit to New York City, and thinking for a time that it meant I couldn't stand in that area. I wondered why they didn't just use a "No Loitering" sign. 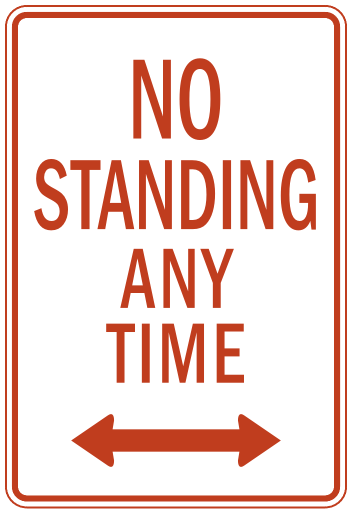 For those of you who might not know it, it's actually referring to cars.

Sign indicates that vehicles may NOT stand at this location. You may not wait or stop to load/unload packages or merchandise at curbside. You may stop to expeditiously drop off or pick up passengers.

I think "standing" is a poor metaphor to associate with cars, which is why it's confusing to me.


On this trip, I came across this sign, which appears not to be working, which I had trouble parsing: 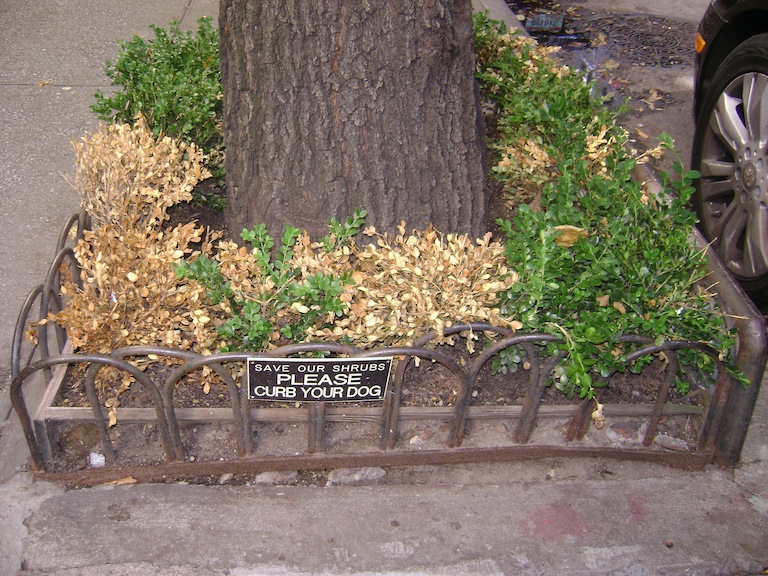 At first I thought it meant to curb your dog from using the bathroom.

But, evidently, according to dogboynyc, it means to make your dog do its duty out by the curb, since "many homeowners consider the sidewalk in front of their buildings to be part of their home."


And my most recent parsing challenge was a verbal one, and from someone whose English is a second language, which added to my initial confusion.

I'd ordered my bagel and he said, "Stay or Take?" He said it very quickly, and I had already anticipated the "Cash or credit," question, so I was caught completely off guard.

"Here, or to go?" of course would have parsed quickly and easily.

~Thursday~  I was up at 6:00, and Bob arrived at about 6:30—with a birthday card from Frances and Vincent, no less—ready to whisk me off to the airport for my long birthday weekend in New York City.

My flight was delayed by 40 minutes, which was annoying in that they didn't make announcement about the reason for the delay to us until it was ten minutes after departure time. And at that time, they said that it was to change a light bulb. Which of course, brought the joke, "How many union members does it take to change a light bulb?" to everyone's mind, I'm sure.

Other than that it was an eventful hour-and-four-minute flight, complete with a very rulesy flight attendant, whose name was LeJuan. She ran a tight ship.

Facing these three choices to get from La Guardia to upper Manhattan, I'll let you guess which one I chose: 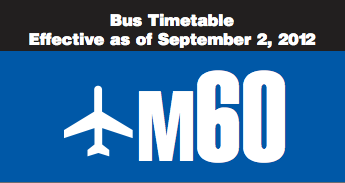 
Although the trip was estimated at 50-60 minutes by Ground Transportation at La Guardia, I made it in about 40 minutes.

The last bus stop was at 106th Street, and I made my way down 7 blocks to 99th, where my friends Paul and Juan live and who are graciously allowing me to stay for three nights.

After settling in, I left Paul, who works from home, to his IBM duties, and I went out for the afternoon.

My first stop was at Artie's Deli, recommended by Paul, as I wanted a sandwich from a "traditional New York deli." I had a phenomenally delicious Pastrami & Corned Beef with Swiss and Coleslaw on Rye: Continuing from there, making my way to Central Park, I took a moment to sit on a stoop, just because that sounds like something you should do in New York City.

A little bit later, I passed this interesting sign on an apartment building door: 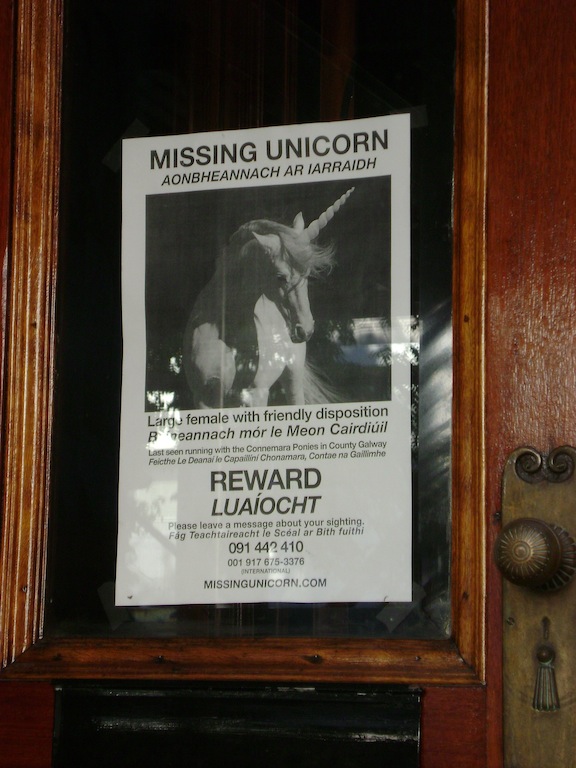 I took the 79th Street Transverse Road through Central Park, taking a leisurely stroll to the other side, where I would head downtown on 5th Avenue toward the Whitney Museum off 75th.

Along this route, I passed the: 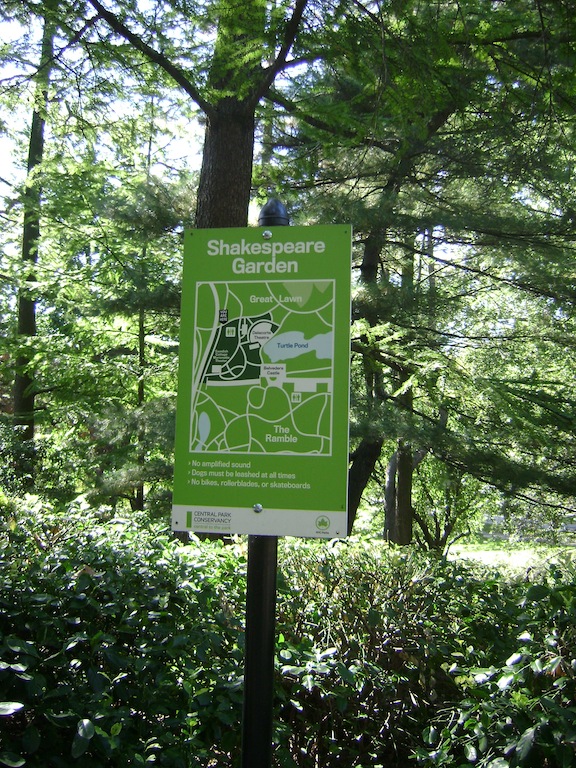 And the nearby "public display of affection": 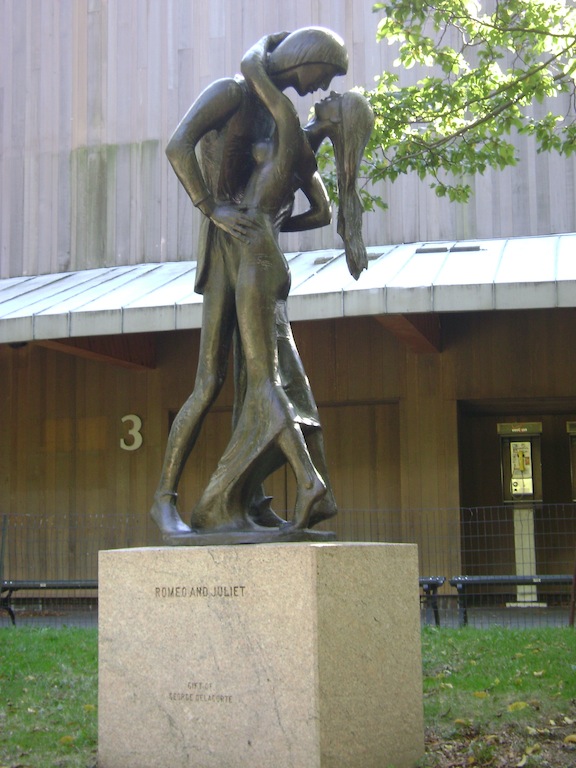 When I bit into it, a piece would actually crack off. Paul said it was probably because they stored them on dry ice.

I sat on a nearby bench to rest my knee, which was absolutely killing me, where I noticed that all of the benches in the park have dedications on them. Here are two: 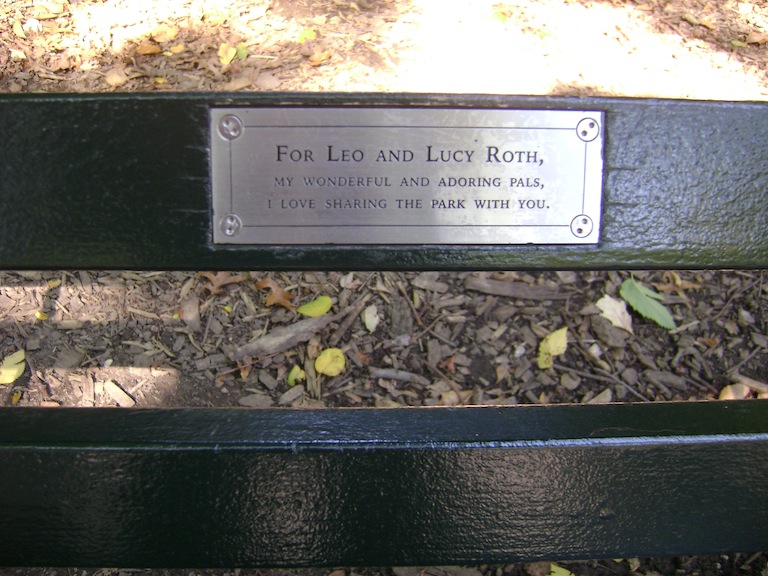 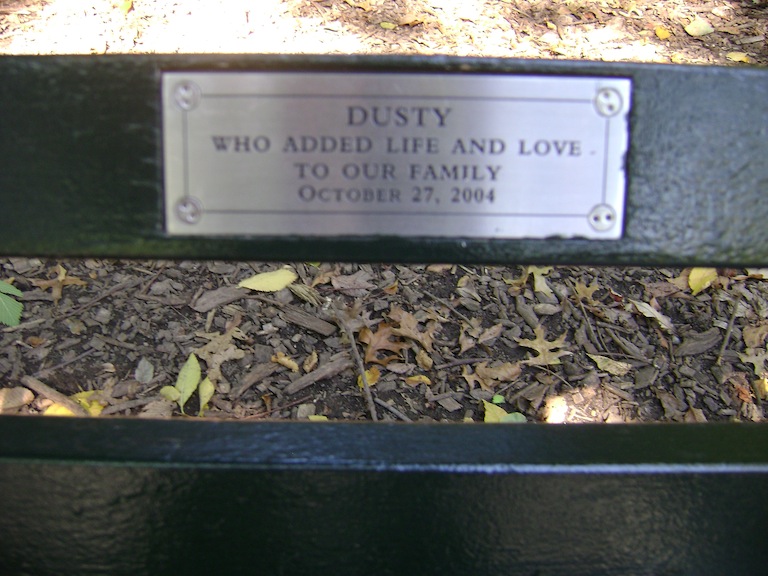 I observed both people and animals enjoying the famous park-in-the-middle-of-the-concrete-jungle:

People Soaking Up Some Vitamin D 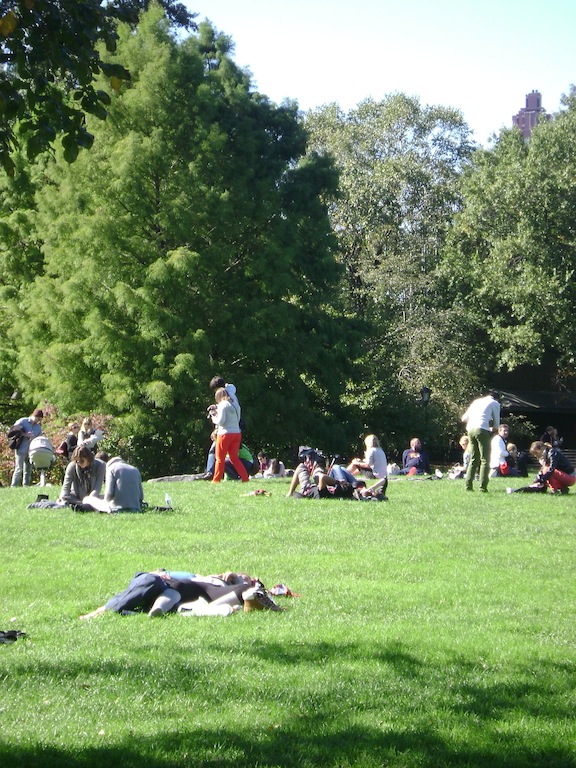 A Pond in the Park—"Look at the ducks!" 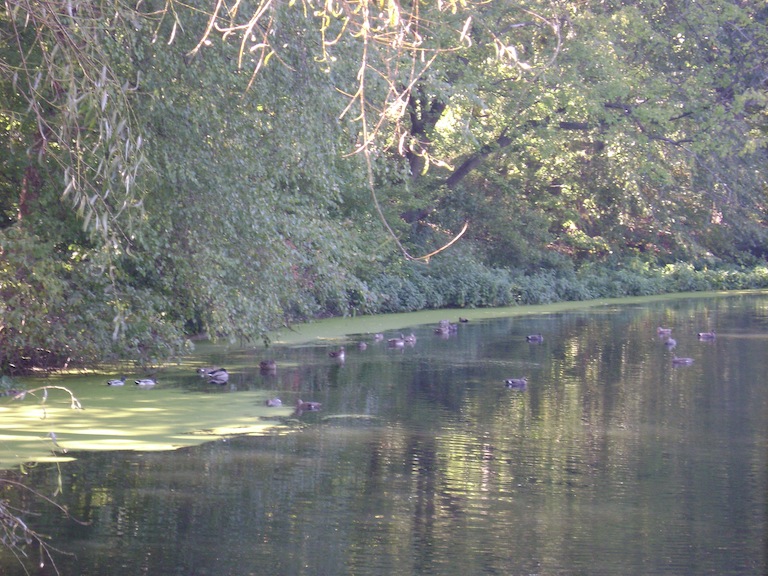 Exiting the park on the east side, I headed downtown 5th Avenue to 75th and then over to Madison Avenue, where I visited the Whitney Museum of American Art, compliments of one of my wonderful hosts, Paul Carey.

I took in the following exhibits: Signs & Symbols, Wade Guyton OS, and ...as applle pie.

In the ...as apple pie exhibit, I recognized this piece:

After the walk home, and a nice nap, I caught the subway down to Columbus Circle, where I met my hosts, who were coming from an early evening soiree, and we saw the Discovering Columbus art exhibit, currently built around the statue of Columbus in the middle of Columbus Circle.

To get the full impact of this, it's worth a quick scan of the background in: About this exhibit. We climbed the six flights to the top and waited our turn to enter the surreal room at the top: 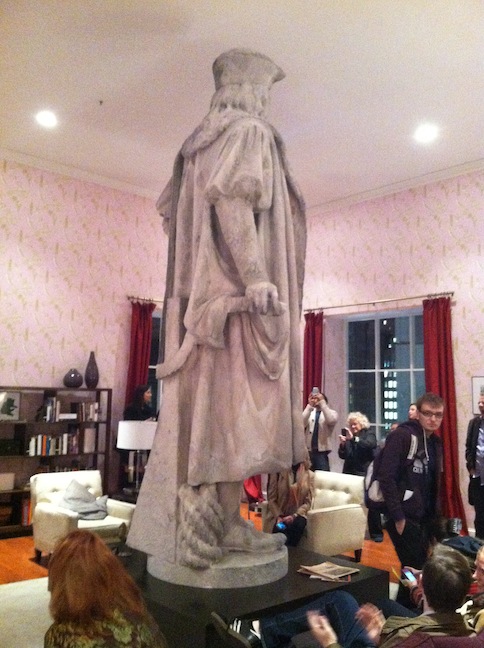 After getting our money's worth, was was easy since it was both awesome and free, we made our way down and over to Robert restaurant in the Museum of Arts and Design, facing Columbus Circle, for dinner: 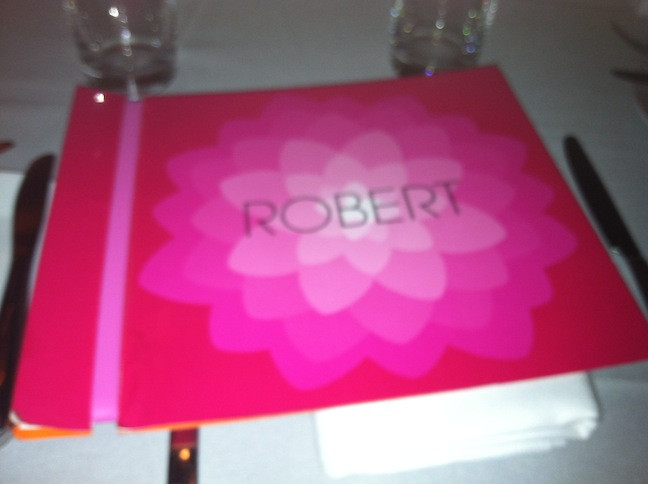 I had their most delicious "Wild Mushroom Risotto: Guanciale Bacon, Parmesan," and a bourbon and diet, of course.

When our sever brought our check, he heard mention of my birthday and shortly after that returned with this: 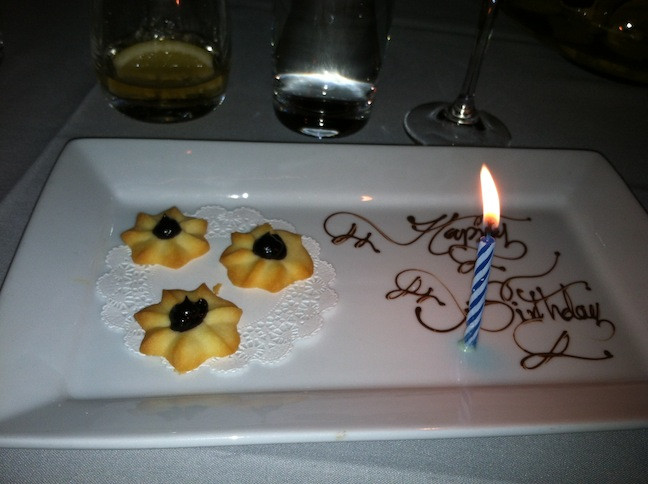 We caught a cab home, and watched an episode of The Big Bang Theory before lights out.

Such a great day. A million thanks to my generous and gracious hosts, Paul and Juan!
Collapse