~Wednesday~  I got up at about 9:00 today, and I worked on my blog entries for Sunday and Monday. It took longer than I wanted it to due to my yet limited knowledge on how to manipulate photos on my Mac.

I didn't dare touch these bottles of gold for the hotel: 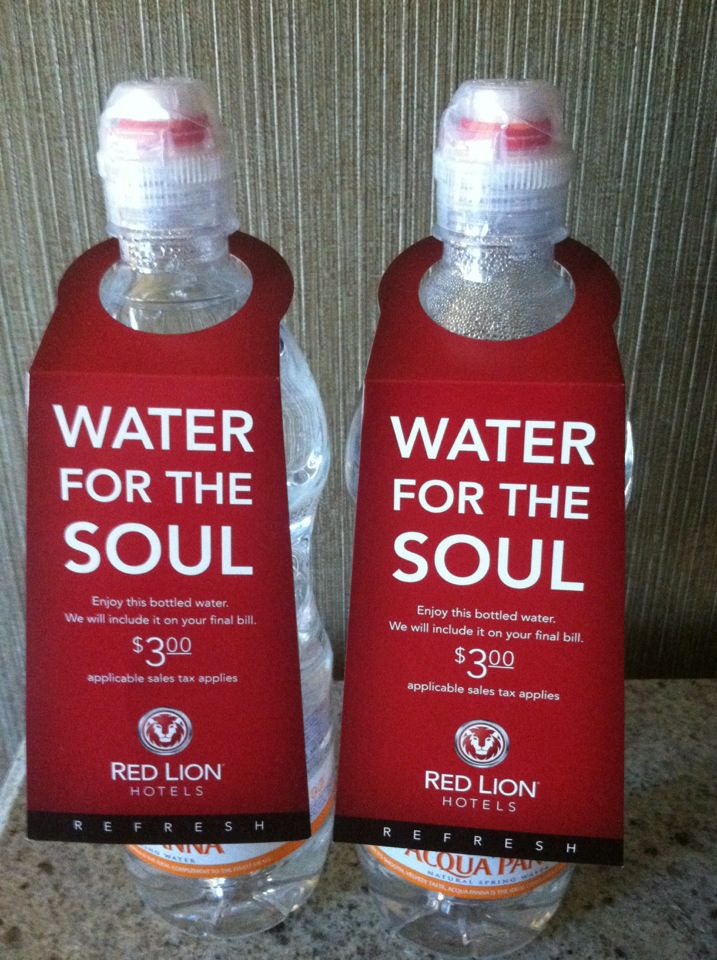 I had lunch with Melinda Kludsikofsky Tuttle at a restaurant called Palomino, which was in a mall right across the street from our hotel. At Melinda's recommendation, I had their "Chop Chop" salad, which was most delicious.

It was so nice to have some "face time" with Melinda, whom I met several years ago during one of my vacations with Joe in Key West. She had been to the Seattle Madonna concert the night before, so I got to hear about that.

Delicious food. Easy conversation. Generous smiles and laughs. What could be better?

A little souvenir from Palomino 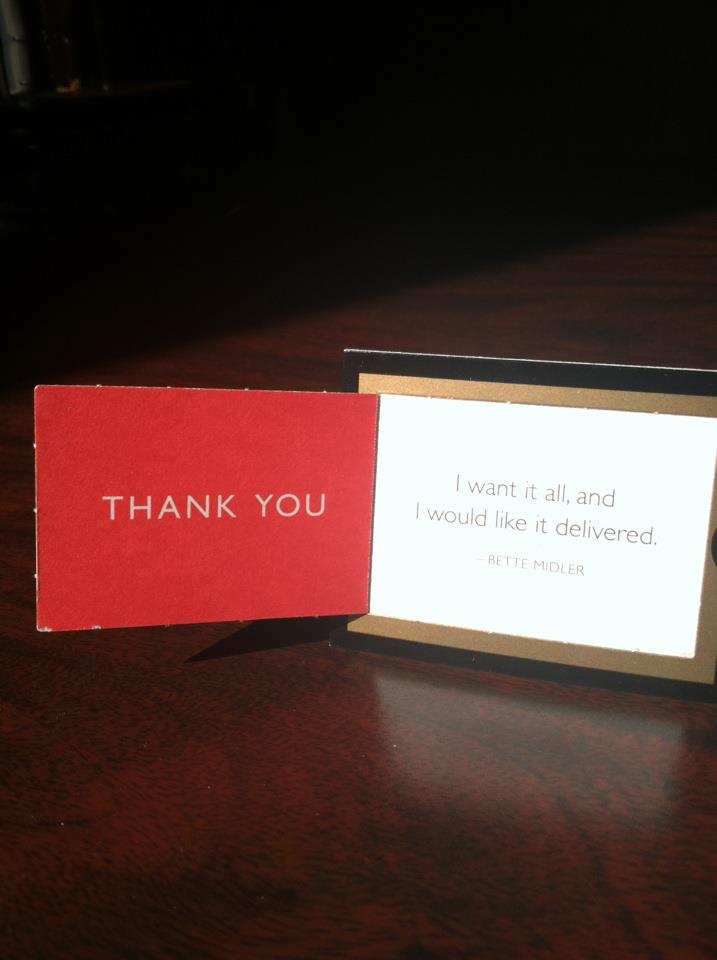 I spent more time writing in the afternoon, all while occasionally checking in via iMsg with Jen and Sarah, who were in an all-day SIGDOC board meeting to see if their agenda item had come up yet, and if it had, how it had gone.


At 6:00, I went down to the SIGDOC/UX Networking Event in the Elephant & Castle, which was the hotel bar, essentially in the basement, and they'd put us in a lower-level area in that.

They had some nachos, calamari, and hot wings for appetizers, and a server circulating the area to order drinks. After waiting more than I was willing to, I walked upstairs to the bar and ordered my own drink, which also took longer than I wanted it to. I noticed to cashed out credit card charges laying on the bar, both about $15 worth of drinks on them and both with a $1.00 tip on them.

For as busy as they were on a night that's already one of their special beer brewery nights as advertised out front, and having a networking gathering of two professional societies, you'd think they'd have more than one bartender and two servers (one upstairs and one downstairs) scheduled for the night.

At 7:00, Jen left to meet Sarah in the lobby as they were having (a free) dinner with the board at Palace Kitchen, and I went up shortly after that and met Casey out front. I was in the mood for Italian, so we walked to the nearby Il Fornaio at Pine and Sixth.

which was delicious, and not so big that it stuffed me. We also had bread, with an olive oil and balsamic vinegar mix to dunk it in, which I was all over.


After dinner, Casey and I walked back to his place, which was about a 20-minute, quite pleasant walk, where I retrieved my jacket that I'd left there yesterday when moving to the hotel, as I was afraid I was going to need it for the conference dinner cruise tomorrow evening.

On the way, we walked right past Palace Kitchen, where Jen and Sarah were eating, and we resisted the temptation to go up to the hotel restaurant windows to see if we could see them inside, and if so, make faces at them through the window. What are you, 12?"

After walking a little while longer, I found that I had somehow left 5th Avenue and was on 2nd Avenue, so I made my way up three streets to 5th, and walked the rest of the way on track. Bless my mess.

It was all good, however, as I was in no rush, and I got 50 minutes of walking in.
Collapse