~Saturday~ I 've mentioned before here that I have the uncanny ability to wake myself up if I'm having a nightmare, which is an ability I cherish.

For instance, if I'm dreaming that someone is coming toward me to cut off my tail with a carver's knife, I can say in the dream, "This is just a dream; open your eyes." And voilà! I do. 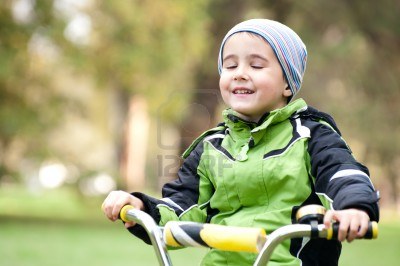 However, last night something happened in the middle of one of my dreams that I've never experienced before.

In my dream, I was riding a bicycle along the side of a road. And suddenly it occurred to me that I was riding with my eyes shut, and I thought, "Wow. It's going okay. I don't feel unsafe, but I'd better open my eyes before I hit something."

Then I opened my eyes, and I saw my bedroom. In color. In real life. That is, when I went to open my eyes on that bike in my dream, I opened them in my bed instead.

And then, shutting them very quickly, I thought, "Oh, it's okay to be riding with my eyes closed in the dream, because I can't get hurt if I hit something," and I went right back to sleep, where the dream picked up where it left off.

Very bizarre. I also had two other very bizarre dreams during the night.

I thought about what I ate before going to bed, but I didn't actually eat anything. I mean, I don't consider bourbon a food. Although I might argue it to be a staple. But I digress...

A quick search for food and dreams on scholar.google.com overall points to the correlation as being inconclusive.
Collapse