~Tuesday~  Today at the gym, before starting my workout, I wanted to hear a song on my iPod that I recently downloaded, and for some inexplicable reason it was not in the "Purchased" playlist, so I selected the "By Song" sort and found it.

Once it started, I decided to just let it move to the next song in the list when it was done, so essentially what I heard was a slew of songs, all of whose titles began with the letter K, which actually turned out to be interesting intellectually for a couple of reasons:

In the end, this is what the playlist looked like:


This was so much fun—as it played such a variety of songs, many of which I haven't listened to in forever—that I may go back to the top of the alphabet, and pick a random song to start with in that group for that day, and then move down the alphabet over my next 25 workouts.

It's been another month not without its challenges, including one day when my back was out and I could only manage 15 minutes of walking, and that was to walk Frances and Vincent for whom I was dog-sitting.

I also struggled, once again, in the "calorie-intake" (a.k.a. "eating") arena, with a few days vacation on an island in Lake Erie, and social outings, including a pig-pickin'.

All-in-all, though, I continued to stay pretty much on track—and more importantly, committed to keeping up the daily, 30-minute minimum, walks for the rest of the year.

Although I'm still not pain-free all the time, my left knee (not to be confused with My Left Foot) has definitely improved over this month, and my occasional walks for longer than 30 minutes bear witness to that.

Here are the walking numbers for July (click to enlarge): 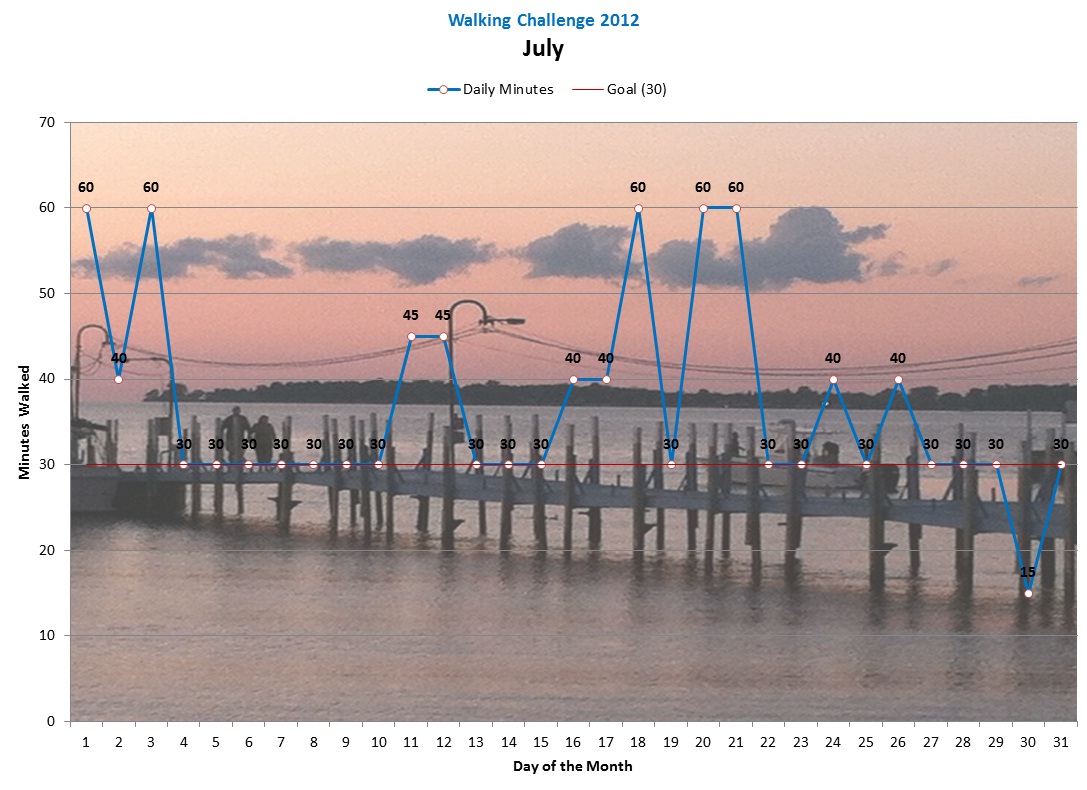 Background photo: At dusk, in Put-In-Bay, where I vacationed from July 9 through July 12.

As I mentioned earlier, my vacation at Put-In-Bay was a challenging eating week, and as you can see in the accounting below, I didn't even bother to count the calories I ate during those four days. Suffice it to say, it was a lot (and a lot of it liquid)—and the weight chart further below bears witness to that. 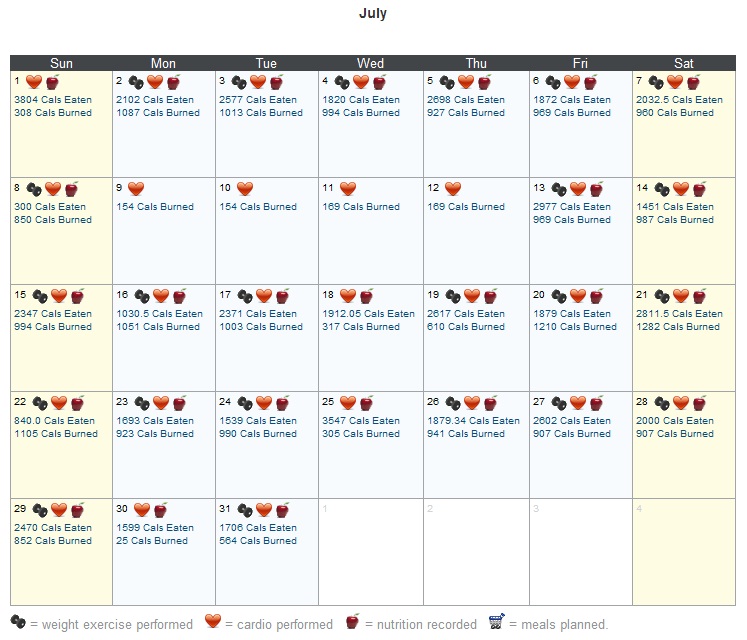 The background photo for this month's weight chart pretty much says it all. It's so much easier to put on than it is to take off.

Here are the July weigh-in numbers (click to enlarge): 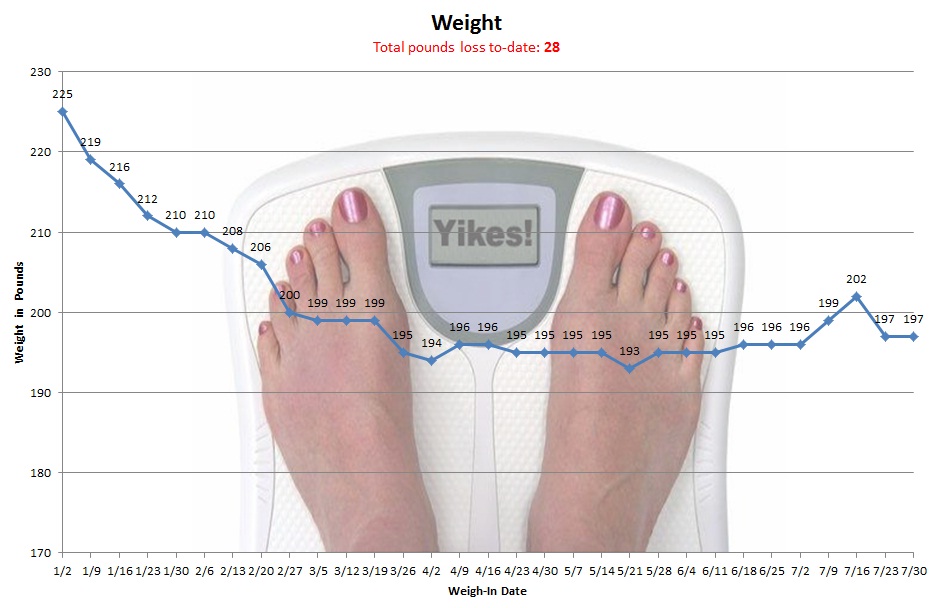 I'm looking forward to continued improvement and August being a better month.