~Wednesday~  After a couple of mimosas with breakfast, Joe and I headed outside to the pool and had a couple of Bloody Marys at the swim-up bar: 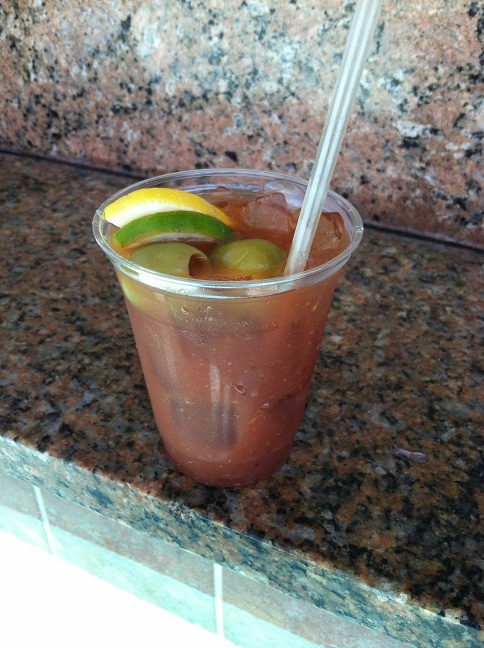 At one point, I went inside to use the restroom closest to the pool, where they had a waterfree urinal that saved a lot of water annually, but more importantly, didn't stink. It had this sign above it: 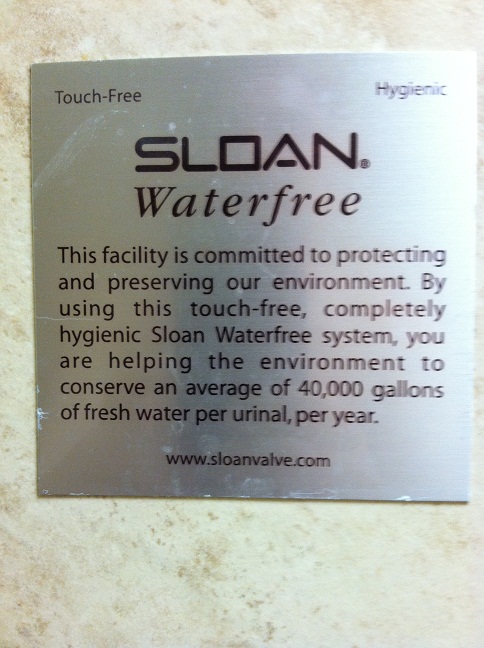 I also loved seeing this bee in the urinal, as I'd read about them back in 2009, albeit it was a fly back then as detailed in this short NPR story: There's a Fly in My Urinal. 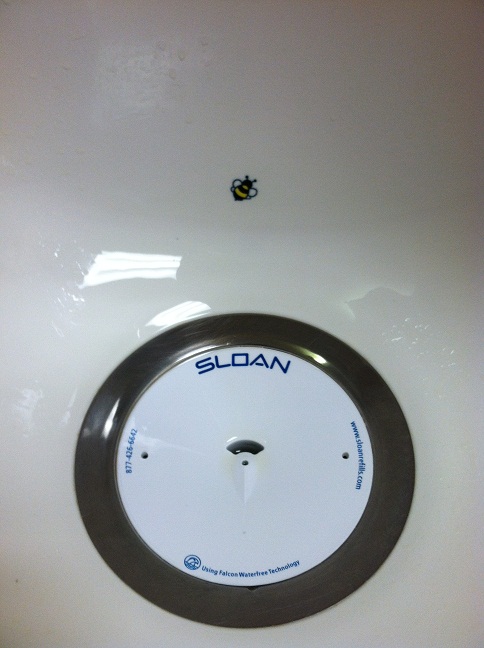 I passed on lunch with the group today, as I ate the leftover half of my hamburger from Monday night's dinner, after which I got in my 30-minute walk for the day.

While walking on a sidewalk, I saw a sign at an entrance to a somewhat obscure path into the woods that said something about no motorized vehicles beyond this point, and I decided to "take the road less traveled." 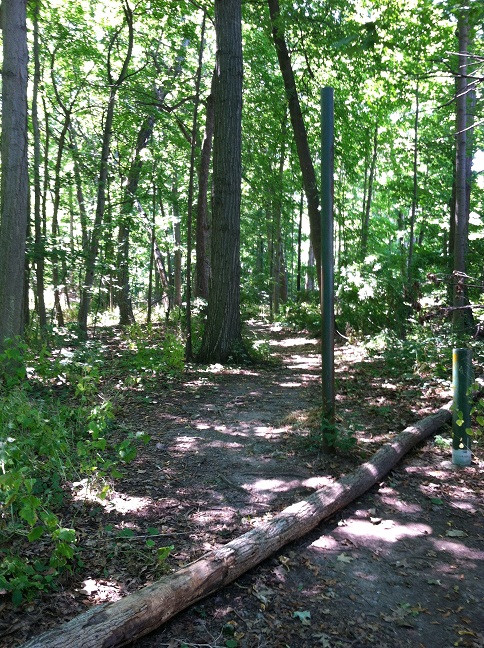 I walked along the path for about ten minutes, but since I couldn't see any indication that it was going to exit back out to the sidewalk from which I'd entered it, I turned around a little after this point: 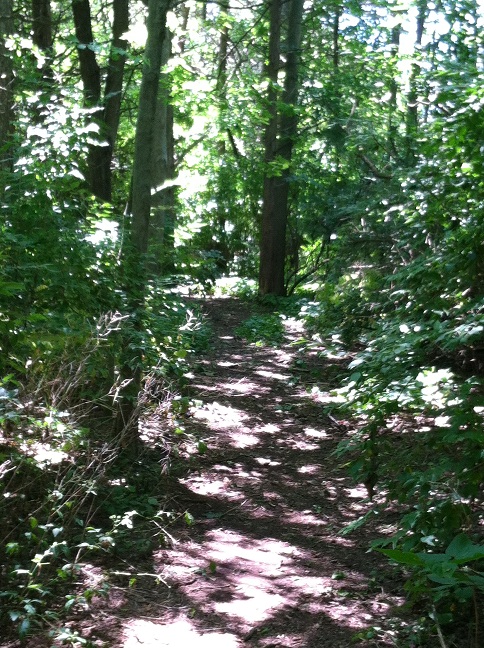 After lunch and my walk, I met back up with Joe, and we then met the rest of the group at the next resort over, The Islander Inn, whose Splash Bar is billed as the largest swim-up bar in the world. 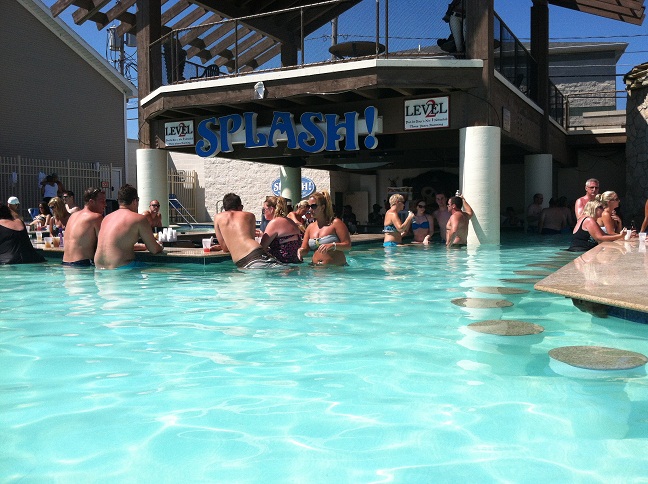 As a complete aside: There were far too many things to be believed on Put-In-Bay that were billed as the largest, or the biggest, or the longest thing in the world. I want citations.

This shot shows a chunk of the wall/ledge, which one of the bartenders told me broke recently when the place was butts-to-nuts, as it tends to be on the weekends, and a very drunk person got up on it and started "dancing"—jumping up and down until it cracked. The EMT hauled him off. 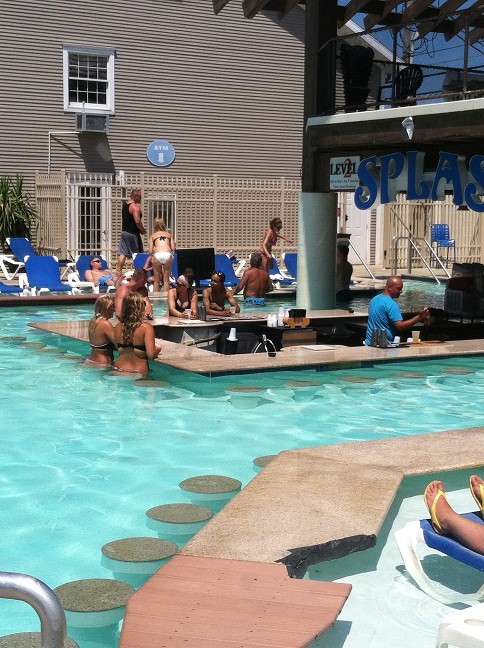 Here's a shot a little bit to the right, where you can see the lounge chairs that are set inside a very shallow part of the pool. 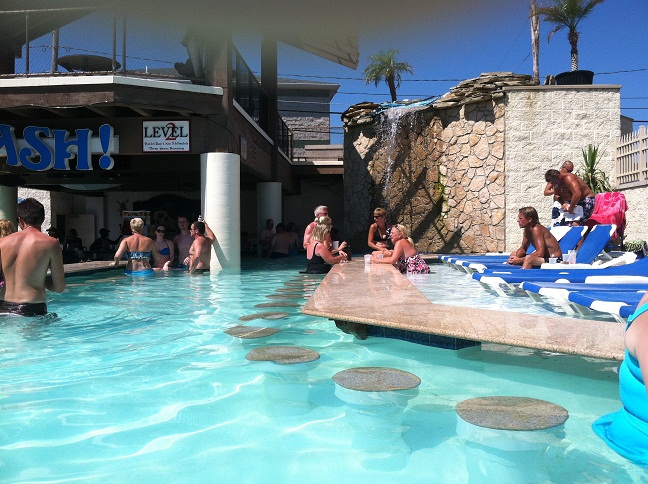 This is a close-up of the waterfall that's in the pool and in the background of the previous picture. The thought crossed my mind to get under it to cool off at one point, but I didn't, and I never saw anyone else do it either. 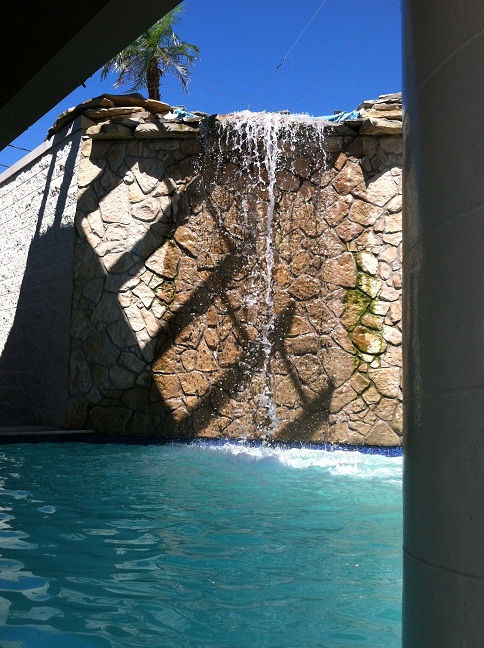 Here's another angle on the lounge chairs in a shallow part of the pool. That pirate ship in the background actually has another bar in it. 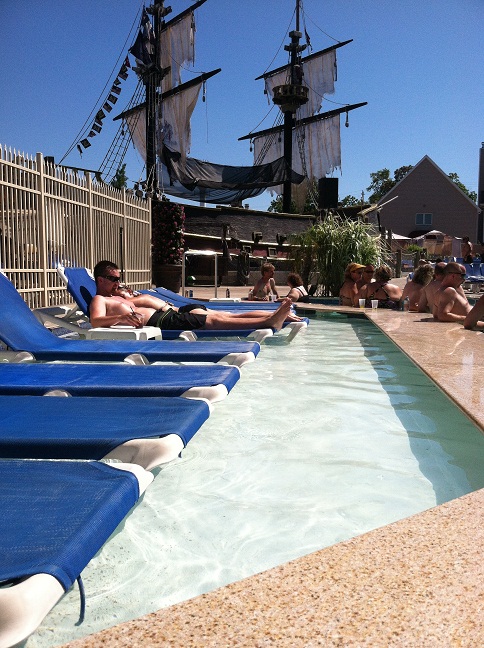 And off to the left side of the pool, there was a little eye candy, specifically the one in the middle with his back to us: 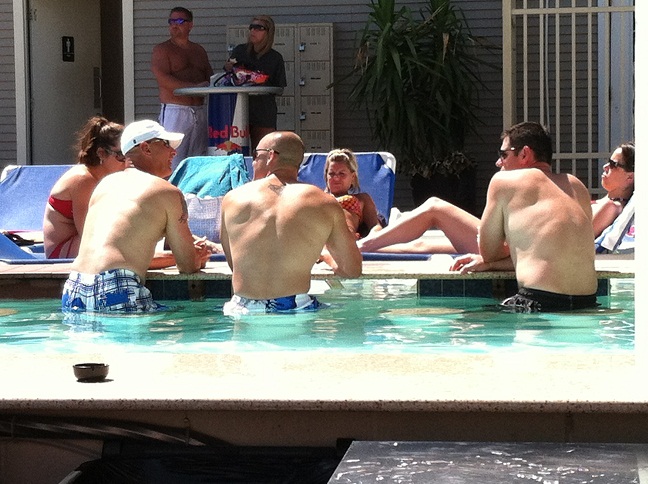 Here's a shot of some of the folks in our group: 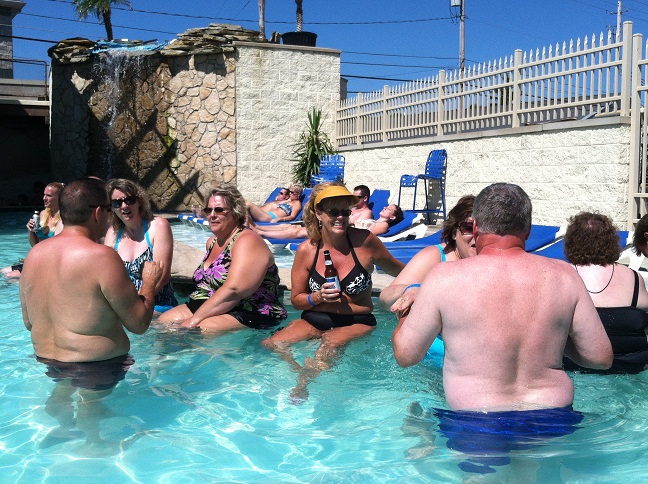 A close-up of Joe, his cousin Cindy, and his sister Pat: 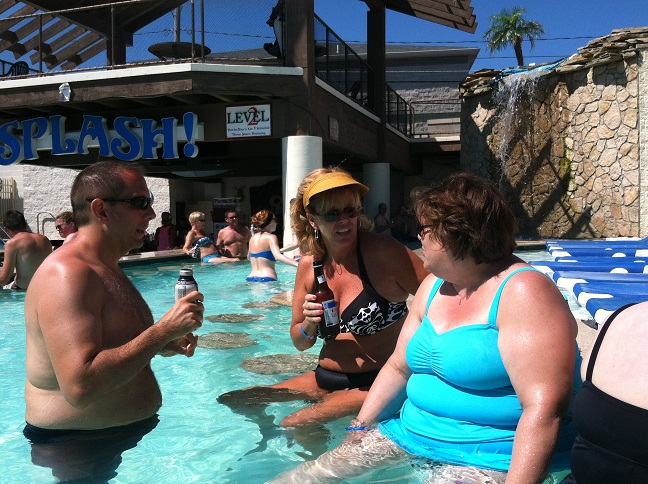 And a playful shot of Joe's sister Pat (doing the queen's wave) and her husband John: 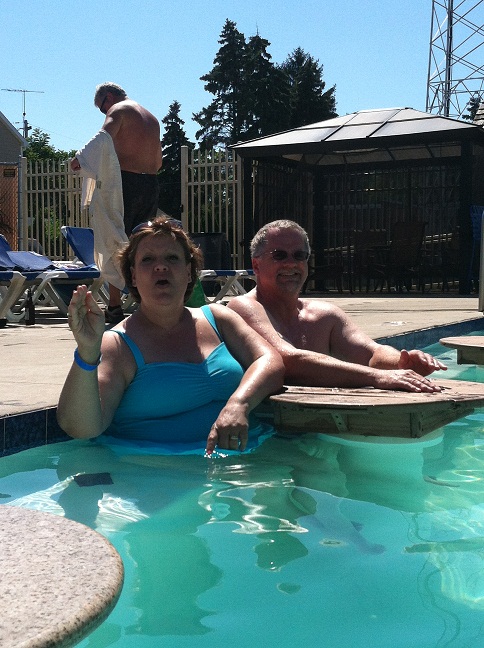 It wouldn't be fair to put pictures of them in without also subjecting myself to the same torture: 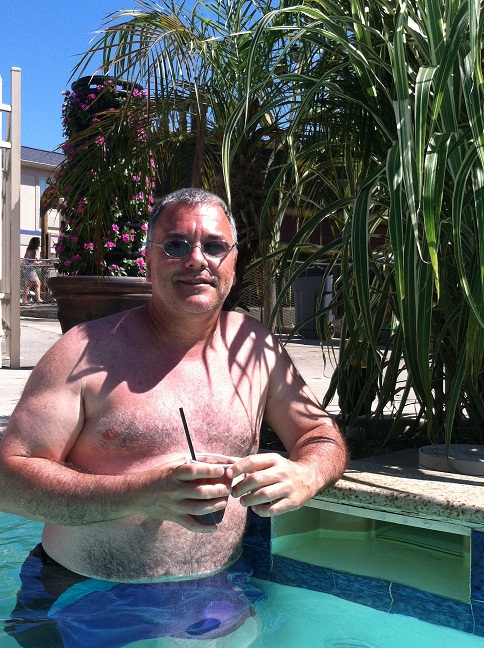 Joe and I had pizza for dinner at Cameo Pizza, where after ordering their All Meat pie, we were told they had one that they'd made by mistake and we were welcome to have it right then instead of waiting 10 or 15 minutes for another one to cook.

We took it. And it was delicious.

We had a "chill" night our last night, eventually meeting over at the villas, where the group sat outside and drank and nibbled munchies until close to midnight.

That makes me realize that I never really described the group's lodgings. Put-In-Bay Resort & Conference Center has both (multi-floor, multiple bedroom) villas and (hotel-like) rooms. Joe's siblings, their spouses, and his cousin and her spouse rented one villa, and a group of friends of Kathy (and a couple of their friends) rented another villa. Joe and I stayed separate from all of them in one of the rooms.

Before turning in, Joe and I walked up to Cameo's again, as we had noted that they were open late, and we each got one of their Italian subs as a midnight snack.
Collapse