~Tuesday~  The highlight of today's vacation day was a bike ride around the island with Joe. I rented bikes for us—his as a belated birthday gift at which time I printed him a "coupon" to "redeem" for a bike.

The bikes were "old-fashioned," and by that I mean they had no gears or hand brakes. You had to pedal backwards to stop them.

The second one he took turned out to be a video. Not wanting to bother him further, I played the video hitting pause as soon as it started, and then took a screen capture of the display to make this picture: 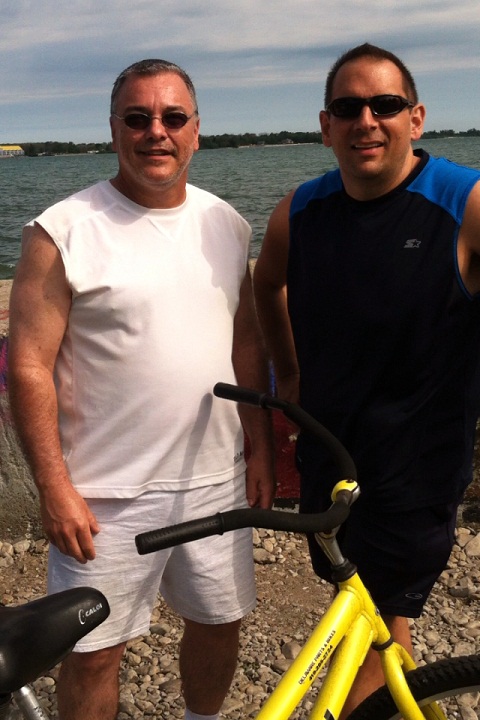 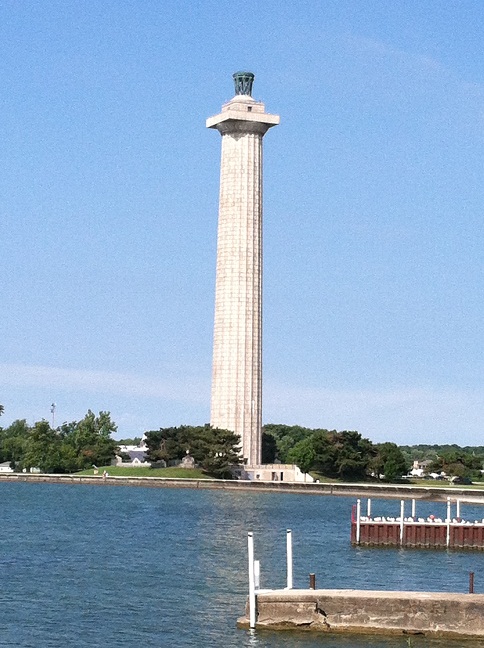 Here's Joe at a quick map check stop to plan the remainder of our route: 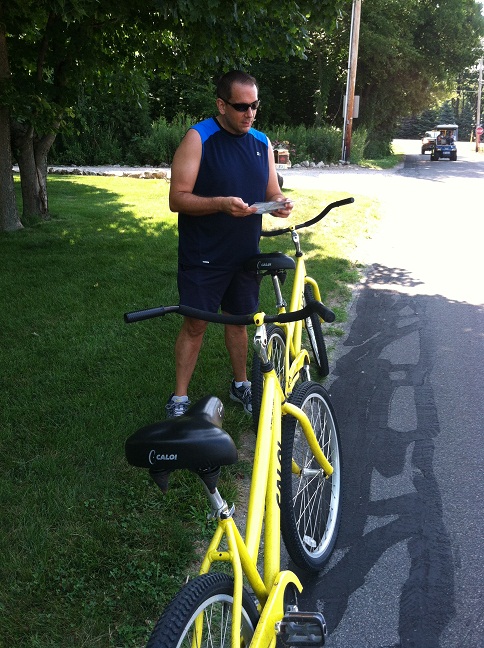 Not far from there, we came to a corner with a cemetery on one side of the road and a bar on the other. I love cemeteries and usually seek them out at vacation spots. This is the one we came upon:

I couldn't decide if this was a unique tombstone or a petrified tree: 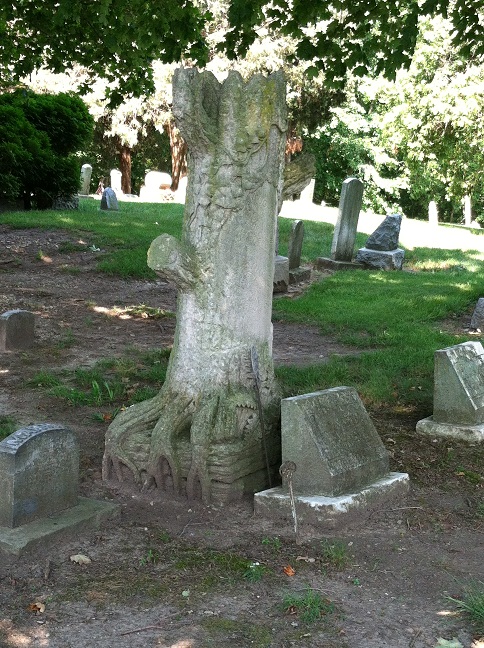 And across the street from that, a photo-op—of course, with a name like that: 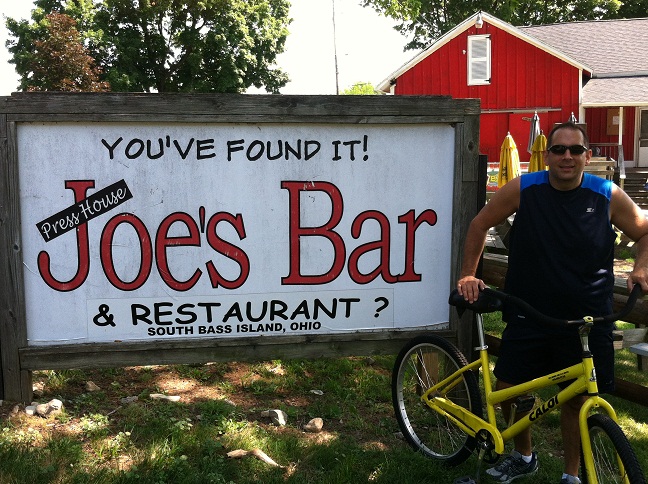 After our bike ride, we met the group for lunch at The Boardwalk, where we had margaritas at Rita's Cantina and then lunch on The Main Deck, with Joe and I choosing our lunches from The Fish Shak.

There were specials on margaritas at Rita's, and Joe got one: 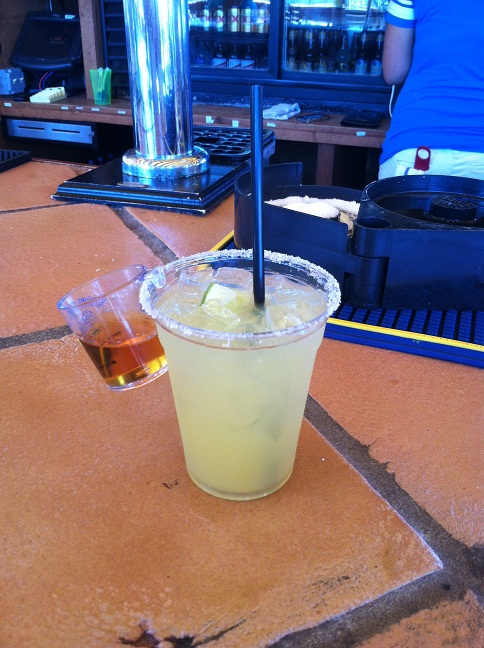 I do not like tequila, so I asked to substitute vodka in my margarita and chose the banana-flavored one: 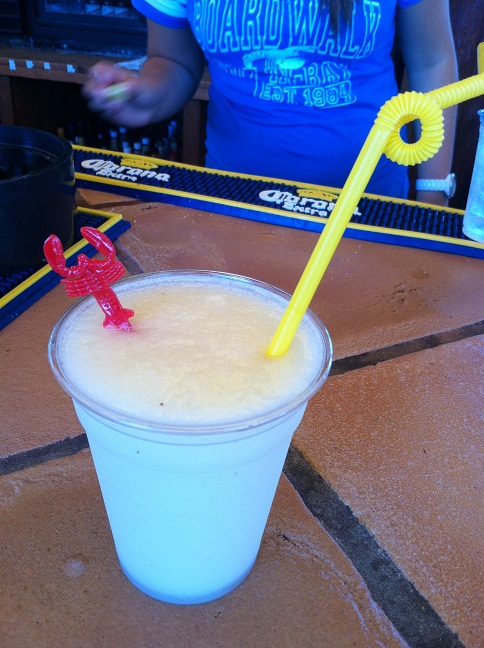 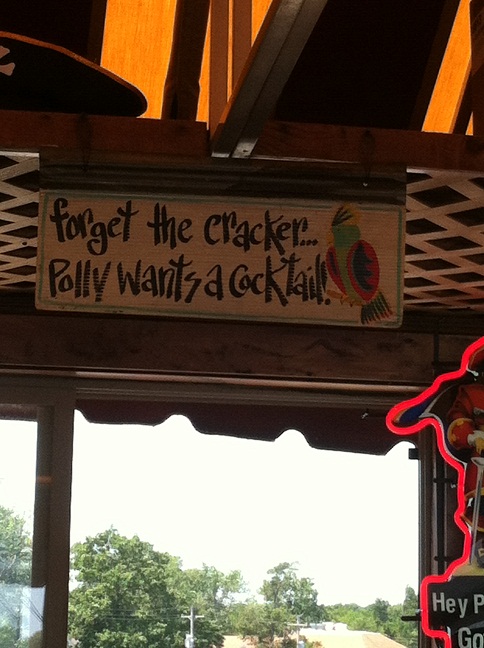 We spent the afternoon in the pool at our resort—finally making it to the swim-up bar, which was the primary selling point that got me to sign up for this trip. :-) 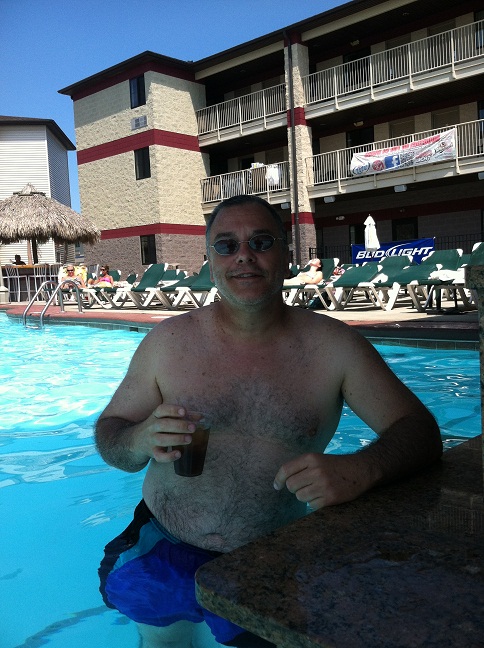 And here's a shot the likes of which you'll never see in a commercial on TV—have you ever noticed that you never see anyone actually drinking in TV commercials? They're not allowed to. I think it's the same with printed ads. 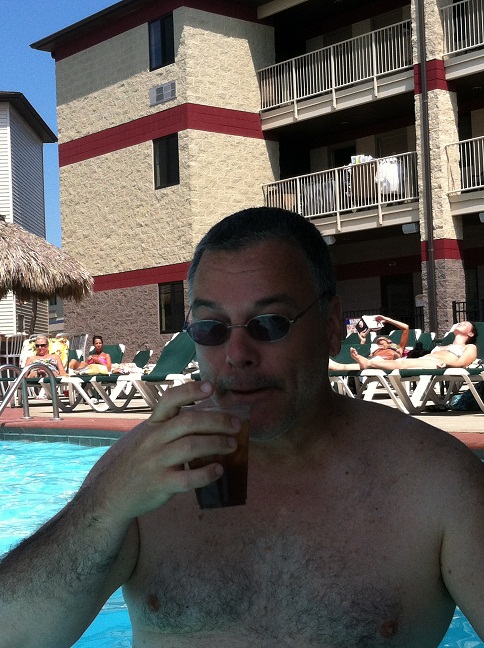 And after a bit, we moved over into the Jacuzzi section, which was at the far end of one side of the pool, and raised up. 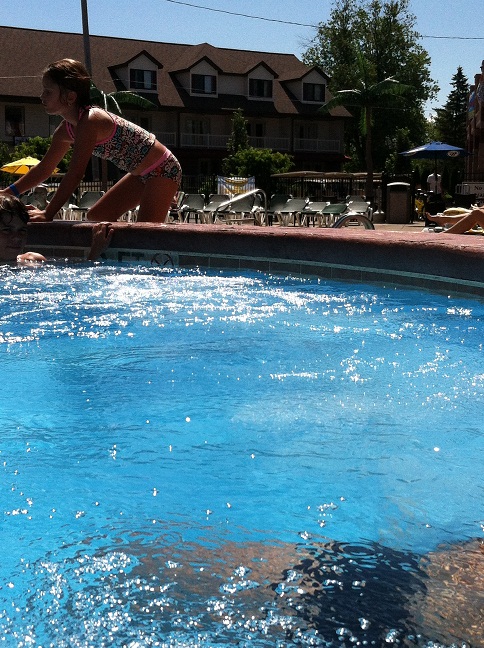 After having dinner with the group at Tipper's Seafood & Steak House—which is known for its rib eye steaks, but was sold out of them—Joe wasn't feeling well, and we excused ourselves to get some air.

We walked around a little before heading back to the resort, and I snapped these two pics of the pier area as dusk settled in: 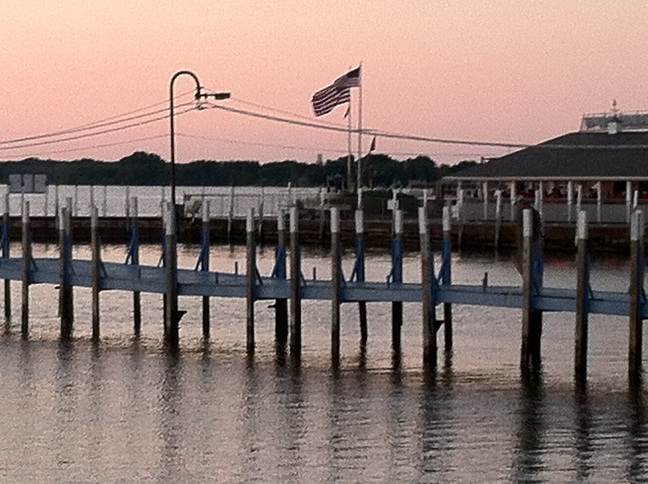 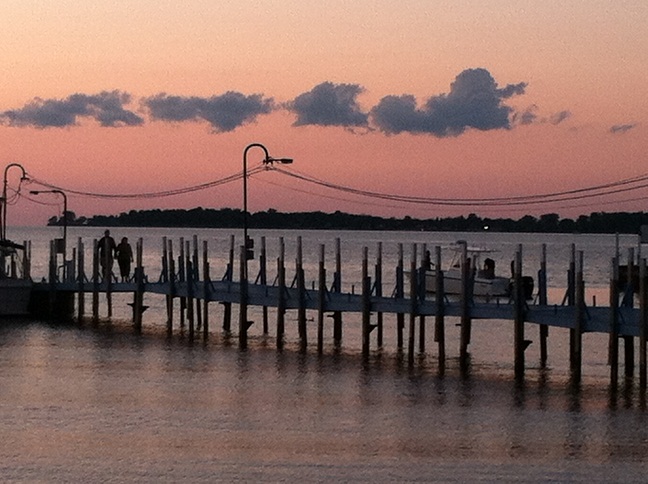