~Monday~  I arrived at the place in Cary where Kim was staying at 4:50AM, and after driving me to the airport, she kept my car while I was gone to use while she was in town visiting from Utah.

My flight to Pittsburgh was uneventful, and shortly after landing, Joe and I were on our drive to Port Clinton, where we caught the ferry over to Put-In-Bay.

Not without a quick stop, though, at the "Jet Bar" that was associated with the Jet Express company running the ferry: 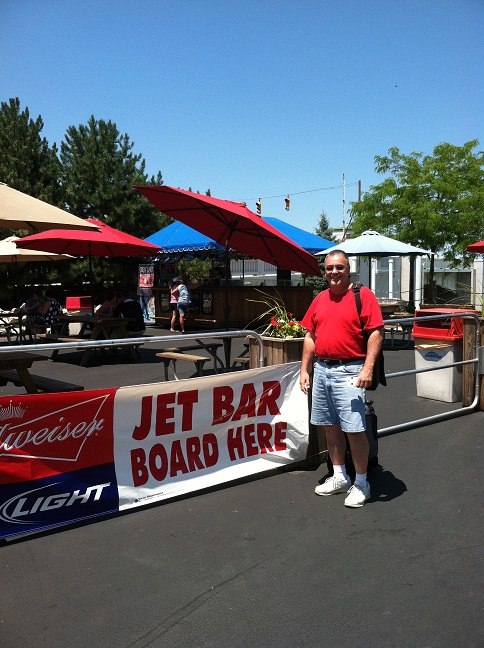 I don't normally drink beer, but not wanting to pay $6-$8 for a cocktail, I tried a $5 bottle of a local beer: 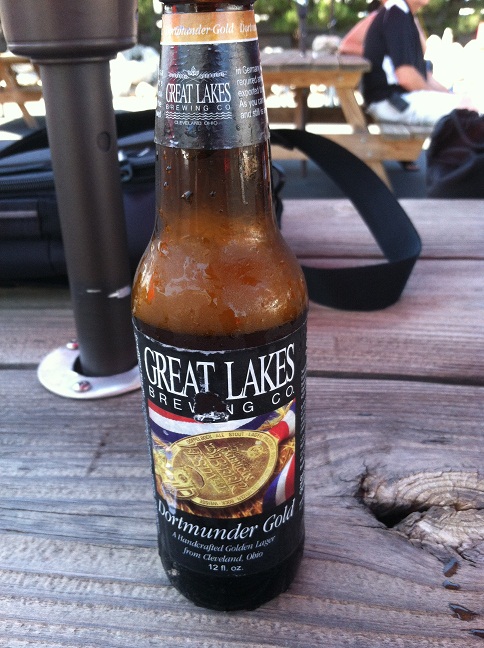 On the ferry ride over, I captured this iPhone GPS screen shot. We're the encircled blue dot: 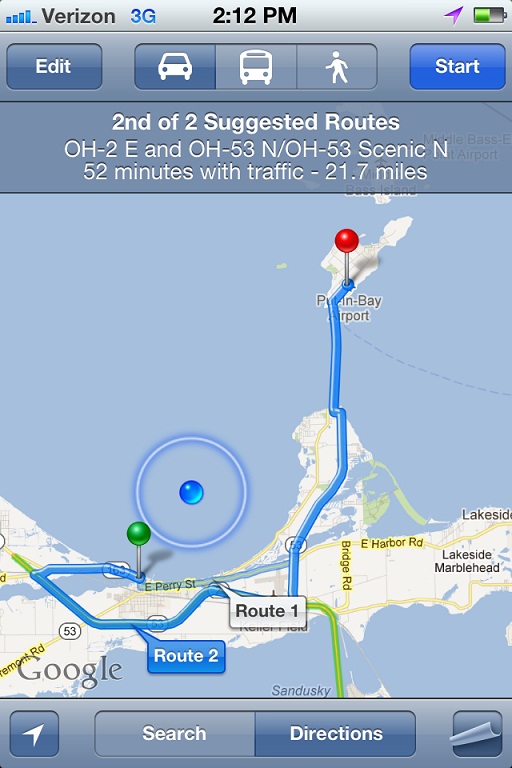 One of the first things Joe and I did upon arrival was go to the grocery and liquor store to get items for an afternoon happy hour we were going to host. Apropos to a party island, these kits were for sale in the grocery store: 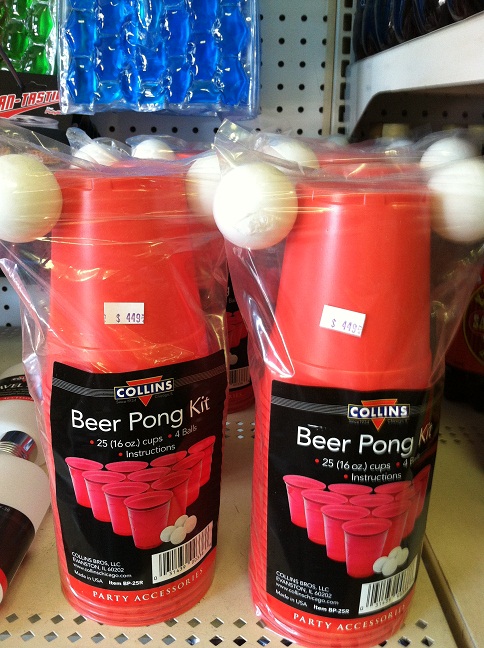 We had an afternoon of drinking, dinner at The Boathouse Bar & Grill, and then more drinking back at the resort.
Collapse