~Sunday~  I spent about four hours on Wrightsville Beach today. This is pretty much unheard of for me, as usually after—literally—fifteen minutes in the sun, I'm ready to go.

This happened, because a week or so ago, while visiting my cousins at their Myrtle Beach house, I bought one of these: 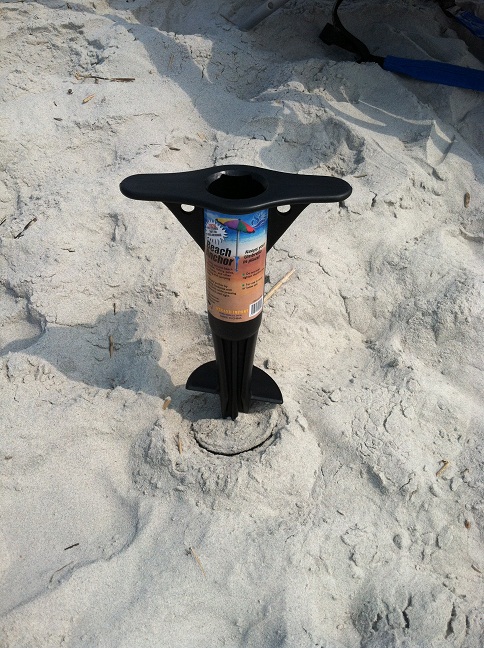 which I proceeded to screw into the sand: 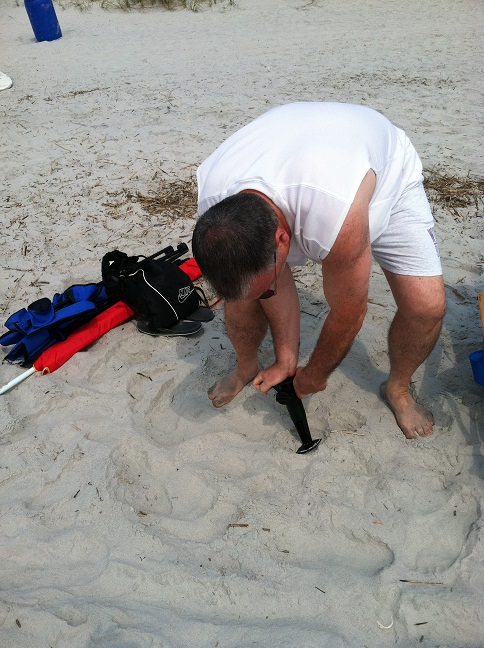 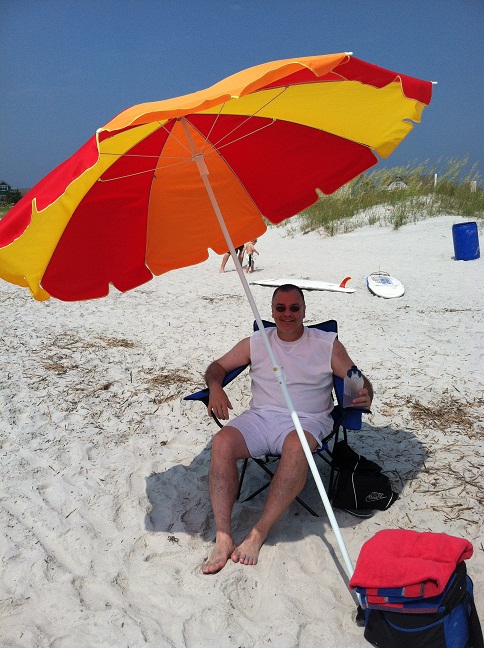 Although at the time of that photo there was only ice in that water bottle, shortly after that it was filled with 1/3 bourbon and 1/3 Diet Coke.

A little over an hour after that, I had the hiccups, I'd spilled bourbon on my shorts, and in an attempt to wipe over that spill, left a Doritos Nacho Cheese fingerprint on them. 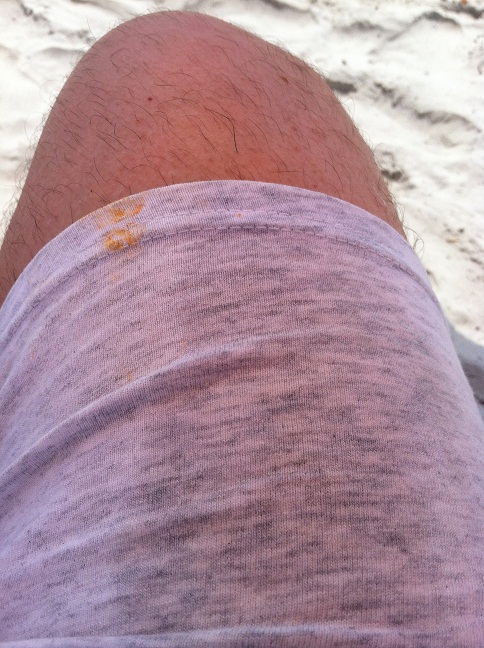 A little while later, Joe and I went for a walk along the beach to get my 30-minutes in for the day, and about fifteen minutes into the walk it became apparent that I wasn't going to make it back without having to pee. ♬ Where has all the bourbon gone, long time passing... ♬

Not wanting to go in the ocean, Joe and I parted ways, and I walked up the beach away from the water toward the dunes over to an area where no one else was sitting. I sat in the sand with my elbows on my bent-up knees and tried to pee, which evidently is not an angle that really facilitates a strong, steady flow. Just sayin'.


Let me digress a minute here and talk briefly about my wedding band—yes, from when I was married—and yes, to a woman.

I have always loved my wedding band, as I couldn't decide between getting a white gold one or a yellow gold one and eventually found one that had both in it—white gold bands on the outer edges, with a yellow gold band in the middle. And I loved the design of it: 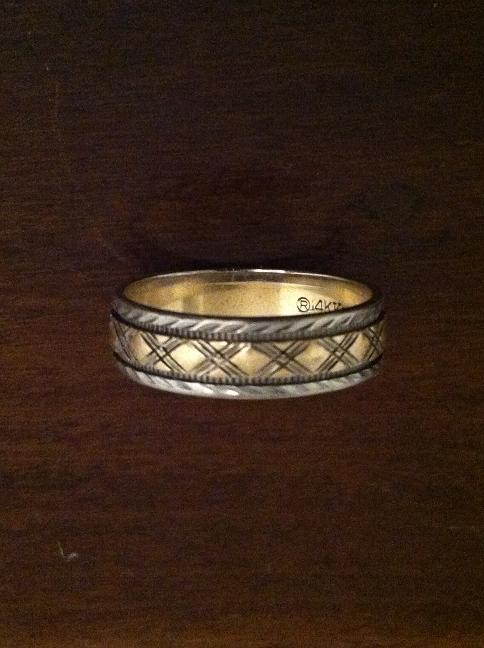 And Donna had it engraved before giving it to me: 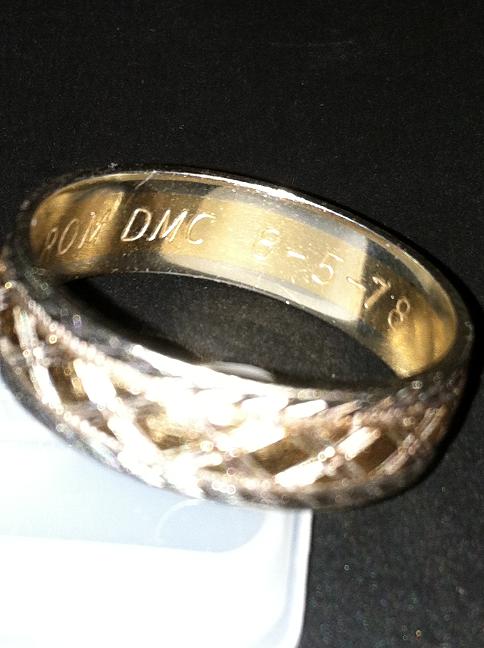 So, back to the beach and my story. Where was I? Oh yeah, right at the too much information part.

While walking, I had taken my wedding band off my ring finger, where it had gotten a little tight due to the swelling of my fingers in the heat (I guess), and I had moved it to my pinkie finger, where it was less than snug.

When I stood up, my hands were full of sand, and I rubbed them violently against the side of my shorts to get the sand off them, and my ring went flying into the sand, although it took me a step or two to realize what had happened.

After a frantic minute or two, I looked down the beach, and started waving my hands at Joe to let him know that I was in distress, and he immediately headed my way.

After a minute or so of both of us looking, he found it.

I can't describe how inconsolable I would have been if we had not been able to find that ring. After all, I've had it coming up on 34 years.


With all that said, I'll muse on just one more thing about this ring while I'm on the topic.

I have only recently—after losing around 30 pounds since January—been able to wear this ring again. I wear it on my left hand, where I wore it for the 16 years of my marriage and on what society has deemed "the wedding ring finger."

By the comments I've heard, and the questions I get about it, it surprises me how ingrained that still is.

Fortunately for me, I don't care what people think about it at all. It's my finger. It's my ring. And I love it right where I wear it.
Collapse