~Wednesday~  I've had a very professionally affirming couple of days, which I'm documenting for posterity. So if you're not up for a How Great John Art blog entry, you're excused.

Our organization has an informal recognition program called T.O.A.S.T.—as in "Here's a toast to you!" not as in, "You're toast!"—and which stands for Totally Outstanding Attitude, Service, and Talent.

These can be given to anyone you work with for anything you appreciate them doing. To give one, you fill out a form, print it, and hand it to the person.

Whenever I give one, I always print it on a color printer, and then have it laminated at the Kinkos just down the street. It just adds a little touch of class, as well as making it a little more durable and easier to display.

I have received four T.O.A.S.T. awards since I started working here in September of 2008. Two of the presenters knew that I always laminate the ones I give, and did the same for mine. 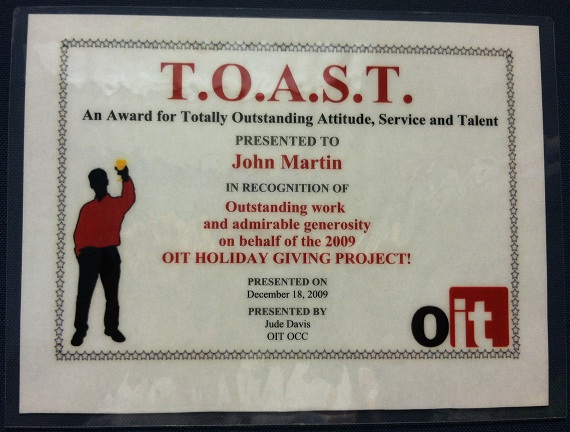 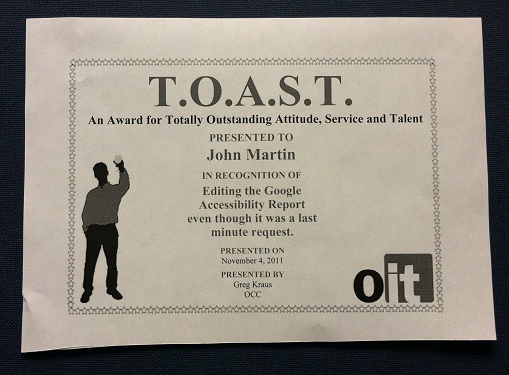 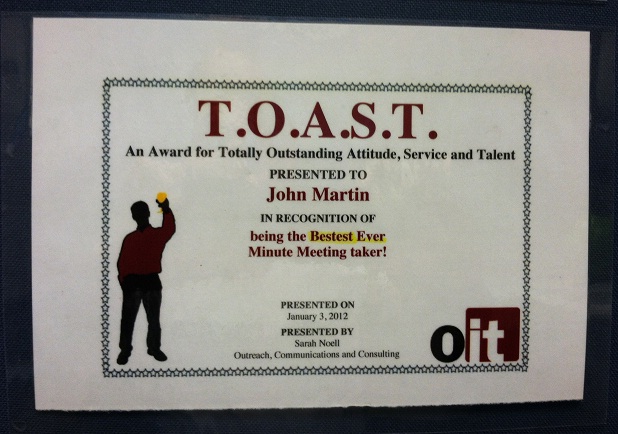 Well, yesterday, I received one that took the T.O.A.S.T. awards to a whole new level—one framed, in an NC State-logoed frame at that! 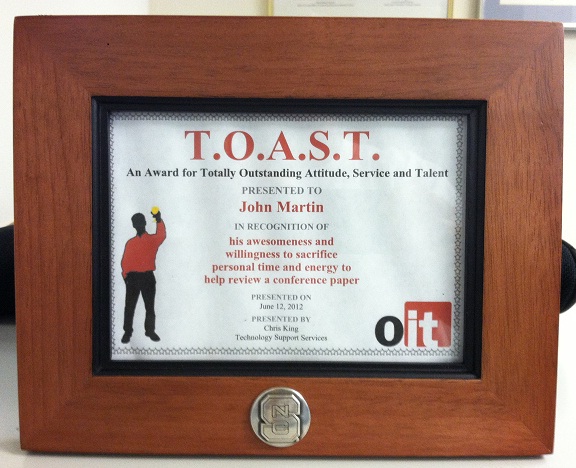 I appreciate you, Chris! Although, I'm not sure everyone in the organization will appreciate your "raising the bar" for T.O.A.S.T. awards! :-)
Collapse