~Monday~  During lunch time today, I participated in a Deli Meat Taste Test.

The session started a little awkwardly, as the proctor gave me my panelist number with which to login to the system, and then just walked away. 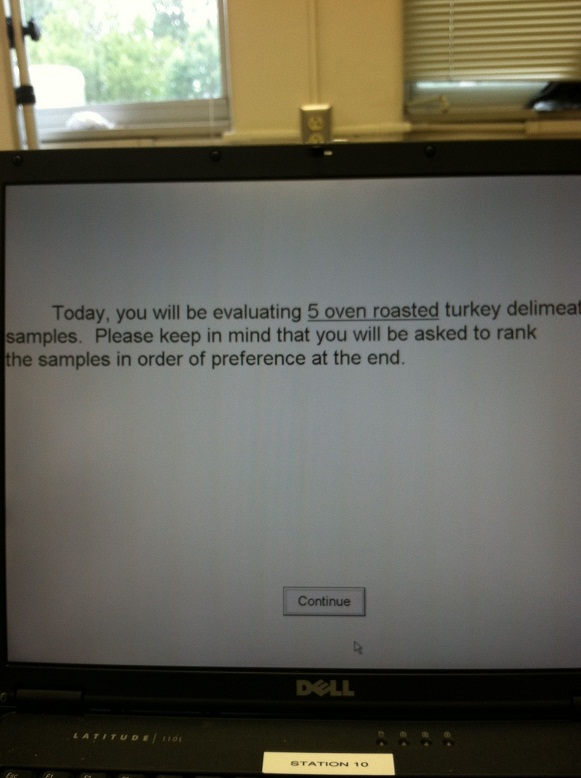 Editing rant: "Oven roasted" should be "oven-roasted" and "delimeat" is not a word. But I digress...

With that said, I did appreciate the information ahead of time that ranking was going to take place at the end, and to that end, I used my "Notes" application on my iPhone to keep track of the order in which I liked them as I went along.

I thought I was supposed to wait until my first sample arrived before beginning, but after about a minute or two without her returning, I went ahead and clicked on "Continue."

To my surprise, a series of about 10 questions—many of which I had already answered at my desk on Friday in order to actually qualify for participation—were presented, so I went ahead and answered them, which is what I think I was supposed to have been doing all along. Who knew without any instruction?

Eventually I got to a screen that referenced the sample, which by then had just arrived. I took a bite of the sample to be ready to give my feedback about it, and then read the first question, which started with, "Rate this sample by appearance before tasting..." Oops!

Questions around the appearance of the meat were about its overall quality, overall flavor, its saltiness, color, texture, and moistness.

There were similar questions to answer after tasting it, and I got stumped on this screen, as I read both questions trying to differentiate them. I read them two times, the second time a little more slowly than the first, but still couldn't discern a difference. 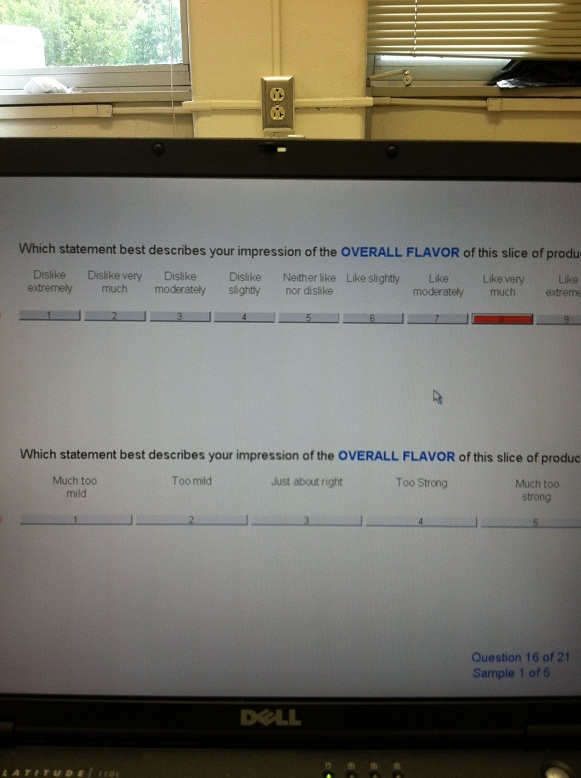 I have no issue with the choice of responses for the first question, but that second one frustrated me. Since they were asking about oven-roasted turkey, I thought that "flavor" in this context would be its "oven-roastedness," and it may very well have been.

But, in one sample, I thought it tasted way too gammy—which is to say not enough oven-roastedness, and in that case I wasn't sure whether to mark "Too mild" or "Too strong." That is, I didn't know if marking "Too strong" would imply that I thought the oven-roastedness flavor was too strong," as opposed to the taste of the turkey itself being too strong.

Another one of the questions was to the effect of, "If you knew this product had fewer nitrates/nitrites in it, how would that affect your purchasing decision?"

I don't know what those are at all, much less the difference between a nitrate and a nitrite. I just assumed that they're both bad for you, so responded, "I'd be more likely to buy it" to that question for all five samples. With the caveat, however, that it depended on how much more it would cost, but there wasn't a way to express that.


For posterity, here's a screen capture of my notes, including the ranking I ended up giving—that's from the sample number I "liked the most" to the one I "liked the least:" 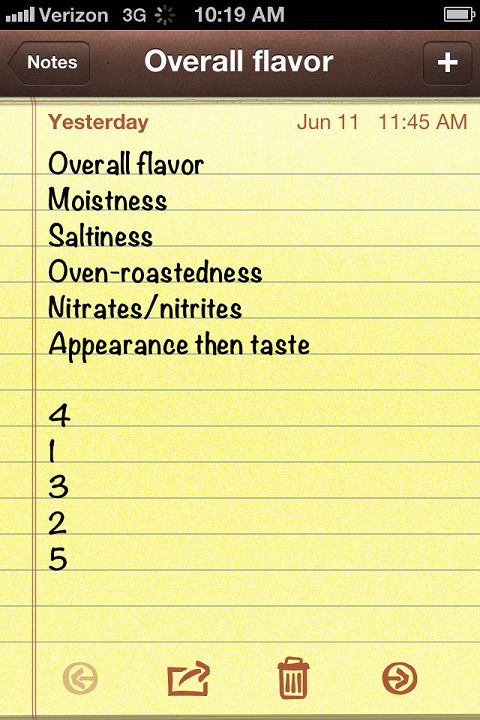 I was happy to walk out of there with my $20 gift card to Target, which essentially compensated me at a $40-per-hour rate—albeit for only 30 minutes—to give my opinion. I'll take it!
Collapse